Rugby League: Warriors star Shaun Johnson to sign up with Cronulla Sharks this afternoon, according to reports 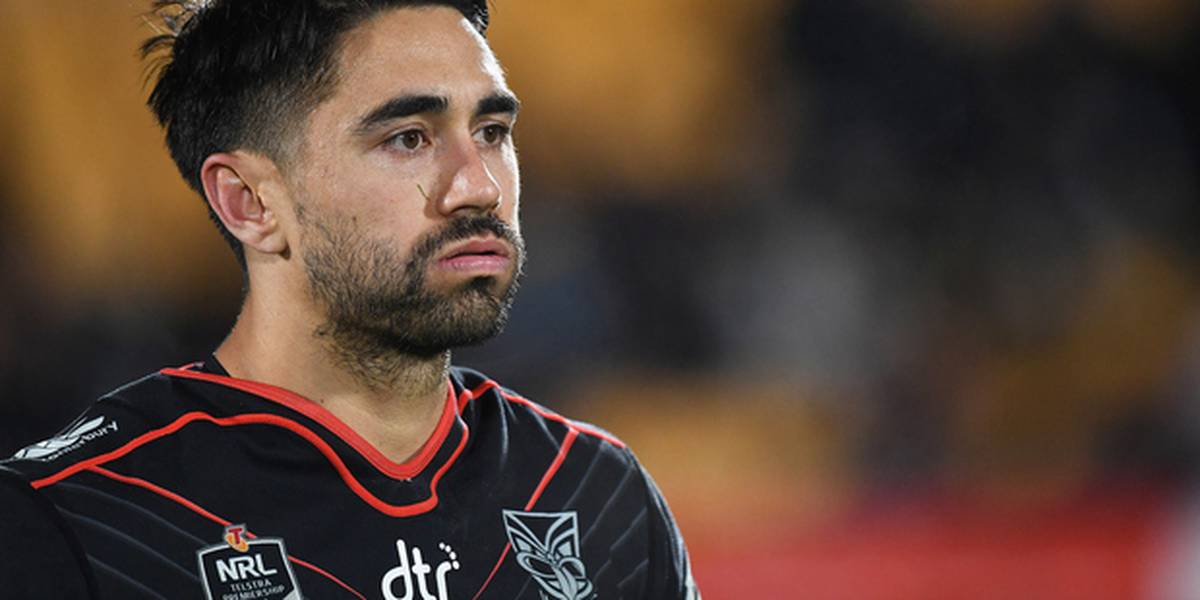 It has not taken Shaun Johnson long to get over his bitter split with the Warriors.

According to reports from Australia, the star halfback is set to sign a short-term deal with the Cronulla Sharks this afternoon.

Following a release from the Warriors this morning, NRL clubs have started circling for the playmaker's services.

Respected rugby league journalist Brent Read claims Johnson will sign with the Sharks on a one-year deal, with talks of a longer contract likely to be discussed between club and player.

The Sharks are understood to be one of the few clubs that have room to buy Johnson for 2019, although a deal for 2020 and beyond remains unclear with the club a subject of a salary cap investigation.

The move would see Johnson team up with former Warriors half his partner Chad Townsend, sending Matt Moylan back to his former fullback role.

Earlier this week retired Sharks great Luke Lewis pleaded for Johnson to join the Cronulla club saying the move would give him "a new lease of life".

The Raiders yesterday ruled out of the running for Johnson's services, leaving the Sharks the front runners following fullback Valentine Holmes' departure to the NRL.

The Dragons are also another possible destination for Johnson, with news about night star Gareth Widdop has asked for a release following the end of 2019.

Widdop, who is about $ 1 million a season and is contracted until 2021, is understood to be homesick and wants to return to England.

Johnson would be a huge coup for NRL clubs looking at their half, but where does this leave the Warriors?

With Blake Green now the club's number one half, the search is on to find him a steady partner to take the Warriors forward.

Approximately a million dollars in the club's salary has been released for 2019.

Warriors CEO Cameron George today remained silent on a replacement, neither confirming nor denying whether the Warriors would "marque" half or re-invest the remaining cap into the larger squad.

It's been widely reported that Parramatta Eels are shopping around halves Corey Norman and Mitchell Moses, both of which are off-contract at the end of 2019.

The ball-running Corey Norman would prove a viable option on the left hand edge of attack on the Warriors. His left foot would also give the Warriors a different kicking option around the park.

However, according to Michael Ennis, Norman is currently fetching $ 920,000 a season, meaning the playmaker may have to pay a pay cut to play for the Warriors.

Last season Norman notched up 12 attempts assists, four tries and made 10 line breaks in his 22 games.

There's no denying Moses' ability, with his decision-making and running attributes a reason he's attracted interest from the Warriors.

The Eels are believed to be exploring an option for a player swap between Moses and Johnson.

Other options the Warriors could explore is Tigers half Luke Brooks who is off contract at the end of 2019, though the Sydney club would be reluctant to let their chief playmaker walk.

Cowboys young-gun Te Maire Martin has also struggled for regular gametime up in North Queensland and is off contract at the end of 2019.

The playmaker suddenly rose to death when he kicked the winning field goal for the Penrith Panthers on debut.

However, the elusive ball runner has lacked consistency, meaning the Warriors would take a gamble on raw ability over experience.

The Warriors have options closer to home and could decide to promote a player from within the Penrose franchise to fill Johnson's boots.

Back utility Peta Hiku has had limited experience in the halves, but could offer coach Stephen Kearney with a stop-gap for 2019.

Recently signed in the off season, promising half-center utility Adam Keighran is an option after impressing with the Penrith Panthers reserve grade page in 2018.

Keighran was named in the Intrust Super Premiership NSW team of the year, but spent most of the season at the center.

Junior Kiwi star Chanel Harris-Tavita is another left-field option after an impressive display in reserve grade.

The 19-year-old is considered by many as the next big kiwi sensation and backed up the hype with seven attempts, nine try assists and 10 line break assists in his 20 appearances.