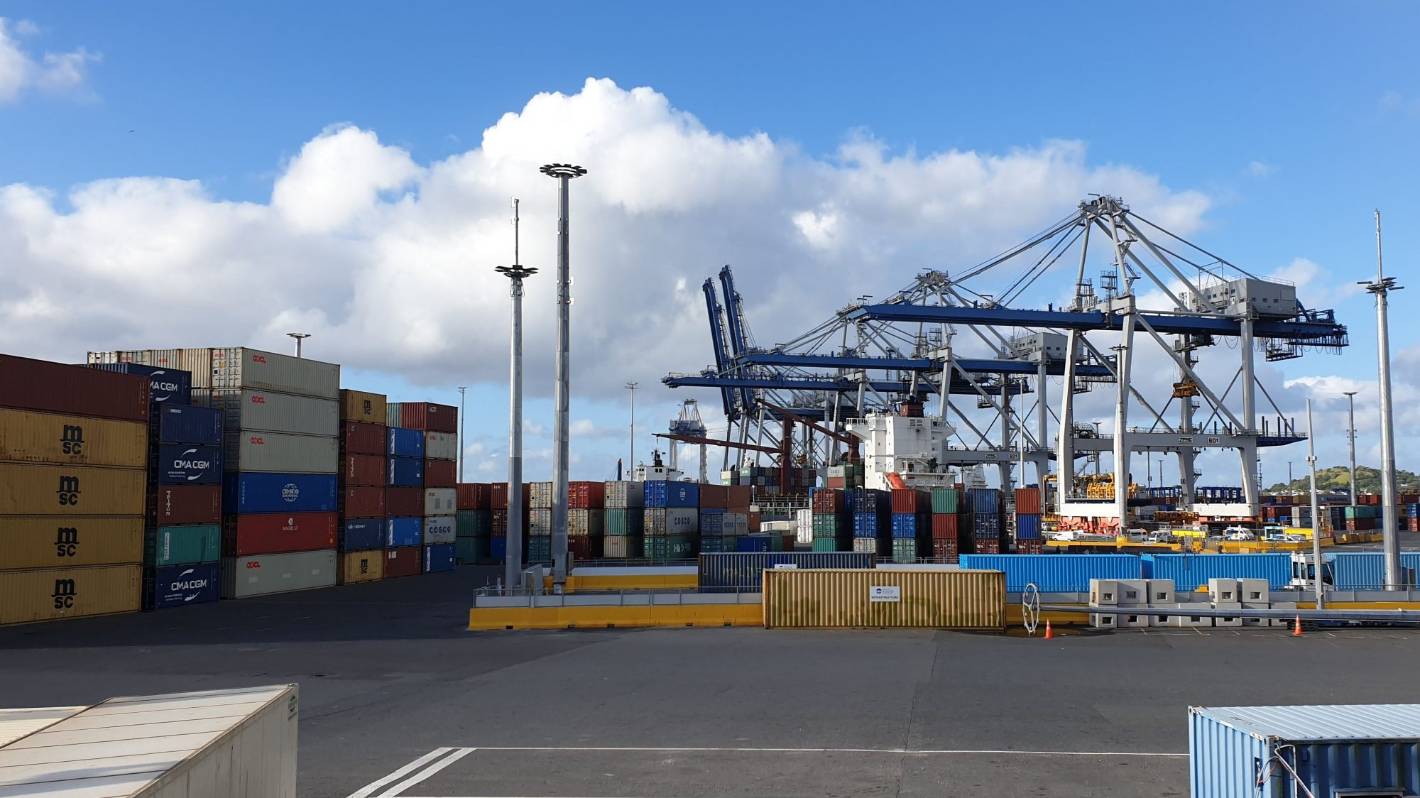 Chief executive Tony Gibson has so far ignored calls to move from the top job to three dead in the port and the subsequent release of a scathing review on health and safety. (File photo)

This story was originally published on RNZ.co.nz and is republished with permission.

Dissatisfied ports of Auckland workers have gone out of their way to instill a mistrust of confidence in senior management and management of the company.

Tuesday’s meeting puts more pressure on CEO Tony Gibson, who has so far ignored calls to move from the top job to three dead in the port and the next release of a scathing review on health and safety.

Dozens of workers gathered at today’s Maritime Union meeting at Auckland’s Okahu Bay Bowling Club. Board members, including Chairman Bill Osborne, were also invited but did not attend.

The workers, many of whom were friends of deceased workers Laboom Dyer and Pala’amo Kalati, gathered for several hours behind closed doors.

Inside, there was a unanimous vote of no confidence in the executive management and the board of directors of the port.

Maritime Union Auckland Tax Secretary Russell Mayn said Checkpoint that Havens board members were informed of the meeting and invited to attend.

‘It’s been three weeks now [since the review’s release]”I think we have often been contacted,” he said.

The wife of an injured Auckland worker is furious over management claims she was unaware of the extent of health and safety flaws revealed in a highly critical report this week.

“There’s an underlying fear that there’s just some time spent playing at senior management level and then this will all go away, and then we’ll be back to normal in six months.

“But I can assure you that will not happen.”

Mayn said the Maritime Union wanted a seat on the table in the form of representation in the port’s health and safety committees.

“Leaving it to management and a top-down culture for health and safety has not worked – it just does not work, and it delivers terrible results,” he said.

Checkpoint approached more than a dozen dock workers after the stop-work meeting, but they refused to speak, fearing consequences.

Mayn was not surprised. He said most workers were just too scared to speak out because they had too much to lose.

Maritime Union National Secretary Craig Harrison said the next step was to return to port management to request another meeting on the review on health and safety.

“We are ready to get involved and at this stage we have a little bit of senior management involvement on how we can make some progress on major health and safety issues,” he said.

Problems in the port ran beyond the lack of oversight by Chief Tony Gibson, Harrison said.

“We see it as a team effort, you know, when Tony said in the media that he had a bit of an idea of ​​what was going on, you have to ask that,” he said.

“But then his senior managers report exactly what’s actually happening in the workplace? So that raises further concerns.”

Auckland ports were approached for a response to the vote of no confidence in port management and management.

Checkpoint wanted to know if the port had met with officials of officials, representatives and members after the health and safety investigation identified systemic safety errors and suspected underreporting of accidents.

This story was originally published on RNZ.co.nz and is republished with permission.