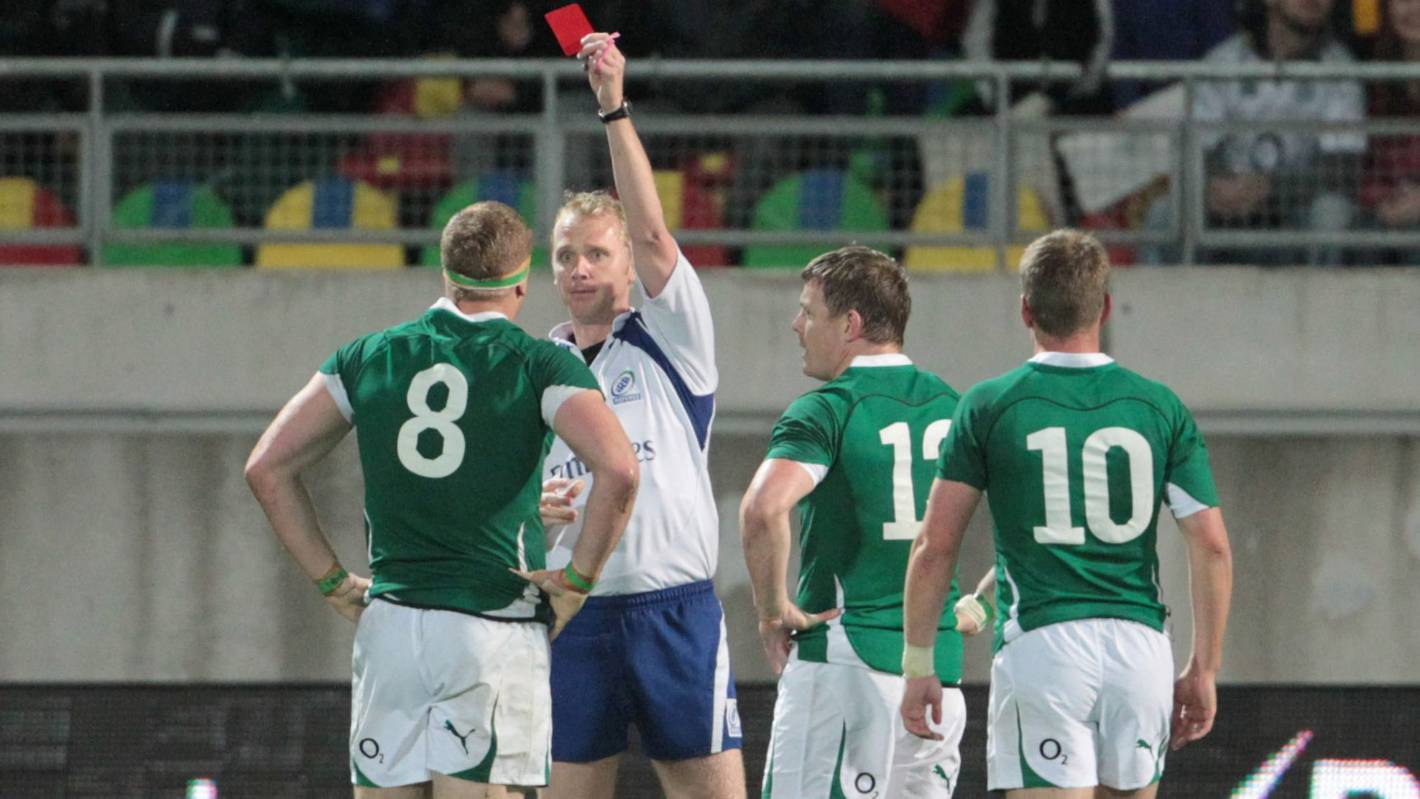 Shaun Gallagher wants to skip breakfast on a test morning between All Blacks and Ireland.

Gallagher, the British, was appointed to appoint a supervisor in Dublin on Sunday morning, and this conflict between the two best teams in the world may be a busy shift if it were the same as the previous encounter in 2016.

So Gallagher is the best camouflage for rough things. If not, he might argue that he is accused of an empty belly button.

Two years ago All Blacks beat Ireland at 29-9 in the brutal game of the Aviva Stadium, but it cost a lot. All Blacks midfielder Morakai Fekitoa received a yellow card to boost Simon Zebo's tackle. It is considered a red card and is not allowed to play in one game.

Sam Cane of All Blacks was quoted, but did not play fouls to knock out Robbie Henshaw when his head hit.

The Irish were not angels. Their star playmaker Johnny Sexton hit Beauden Barrett and hit his right forearm, the latter scored a try, and lucky he was not invited to the judiciary.

After the match, Irish director Michael Kearney denied that his lot was kneeling and tried to illuminate the motives of the opposition, saying that the citation commissioner had chosen 12 cases.

"I do not think we are gloomy at all," Kearney said at the time. "I think those facts speak for themselves."

So, through social media, I started tattooing between supporters of both countries. Few people can claim that Fekitoa is not entitled to his ban, but Sexton had to consider himself a lucky person.

If Steve Hansen's manager of the same backline in Dublin this week will be right fielder, All Black Ben Smith will be careful to defeat Wayne Barnes.

"It will be a big game, and physical personality will be a big part of it," Smith said. "Yes, the big thing for us will be our training, I'm sure they will be the same, it's just that part."

When Smith asked if he knew about the fallout after the 2016 game, he did his best to imitate blind witnesses at the scene of the crime. No, he said.

But Barrett, sitting next to him, laughed, "I remember that Irish was aggressive."

Sexton of this week, after conducting an excavation at Barnes, indicates that a one-sided penalty fined when he controlled a game related to Ireland.

"We have done Wayne Barnes' fault in the past, so there is something to look at this week," said the church head. Ireland has a letter of law, but said, "For some reason, there is no right to be with him in any game."

Whether the church's opinion of Merck is useful or unproductive is unknown until the game.

When All Blacks assistant I Black Foster asked Sexton if he had attempted to send a message to Barnes, he shrugged and said that Sexton seemed to be talking a lot in the field.

Foster says, "I can not be sure why he is saying that.

"Barnsey is a great referee. Johnny seems to have given a bit of advice about the park, so I'm sure he will continue to do so."