Videos. Several teachers arrested during a demonstration in Rabat 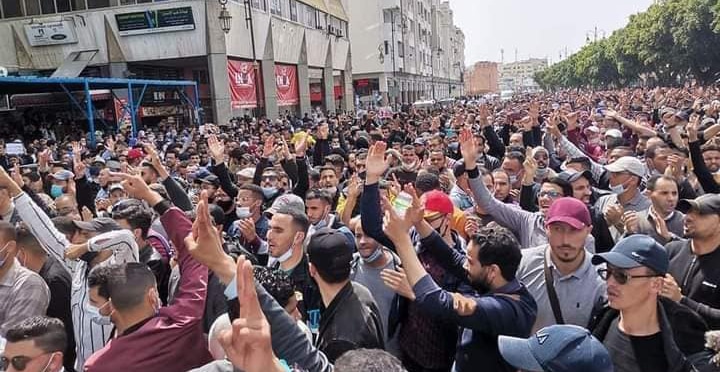 Several contract teachers were attacked and arrested during a demonstration on Tuesday, April 6th. The National Union of Education affiliated to the Democratic Confederation of Labor (CDT) announces this “overcrowding” and calls for the release of teachers.

Explicitly banned by the authorities, the demonstration of contractual teachers at the Regional Education and Training Academies (AREF) organized on Tuesday 6 April turned into a nightmare.

The same scenes that terrified public opinion during the previous demonstration have been repeated.

Teachers were attacked and arrested by the dozens during this demonstration attended by hundreds of teachers.

The National Union of Education affiliated to the Democratic Confederation of Labor (CDT) denies in a press release that our editorial staff has achieved “this systematic violence” and “demands the immediate and unconditional release of detained teachers”.

In this sense, the union announces the formation of a committee of union officials and lawyers to follow the campaign of arrests of teachers, who are said to have been around twenty to be arrested in the single day of Tuesday .

In addition, the union emphasizes that “repression and arrests will not and will never be a response to the state of tension and overcrowding in the health care system”.

The union blames the state, government and ministry for the dysfunction of the education system and warns of “its consequences for public schools and for the present and future of Moroccan students,” the statement concluded.

Another demonstration is currently taking place in Rabat, despite the formal ban by the wilaya authorities of the Rabat-Salé-Kénitra region, claiming that it violates the provisions of the state of health emergency and preventive measures taken by the government to stop the spread of Covid-19, in particular after the emergence of new strains.