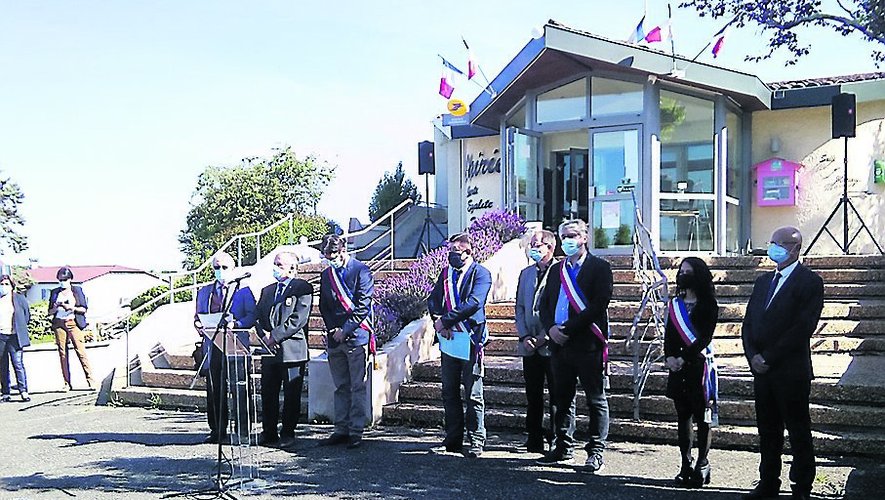 This Saturday, May 8, commemorated the 76th anniversary of the 1945 victory, in front of the town hall square and the city’s war monument. Due to the pandemic linked to Covid-19, this ceremony in a small committee, the population was not invited. There was therefore neither the public, nor the schoolchildren, most invited for the memory of memory. The latter ended this commemoration by singing the Marseillaise.

In spite of everything, this commemoration took place, with the usual program. Last year, she could not stand for the reason mentioned above. The appointment made this morning, this Saturday, May 8, reminds us how this style of ceremony has not been organized for a very long time.

Christian Broussard, President of the Ex-Combat, Prisoners of War (PG) – Combat Algeria Tunisia, Morocco (CATM) – External Operations Squad (TOE) – Widow, in the presence of Mayor Bruno Dubos, surrounded by elected officials , some veterans whose flag bearers organized the ceremony according to the usual program, with first the rise of the colors and the recall of solid base. President Christian Broussard delivered the message from the UFAC (French Union of Veterans), then the mayor went on to deliver the official message.

The first deputy Jean-François Buer and the majority member of the municipal council, Jean-Michel Jadas, laid the wreath of the municipality. Jean-Claude Seunes and Fernande Genies that of the veterans. After the call for the dead, as a tribute to the fighters of 1914-1918 and 1939-1945 and the song of the partisans, Christian Broussard and Jean-François Buer rekindled the flame of memory. The ceremony ended with the sound of the dead, the minute of silence, and the Marseillaise.

“We can resist until the end of the year …”, warns the CEO, Didier Tappero