Le Matin – The recommendations of the 50th General Assembly in Rabat 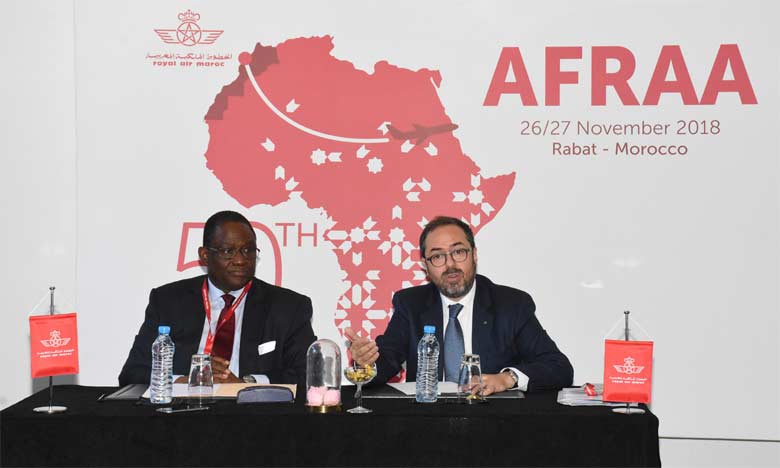 The 50th General Assembly of the Association of the African African Compatriots (AFRAA), which has been awarded here at Rabat, has been following the main recommendations: the genre of genre in the air transport, the promotion of young people in the aviation , the shrinking of the taxes and charges of African airports and the development of a car communications carrier. C'est ce qu'a déclaré Abdelhamid Addou on a press conference here in Rabat.
The President of the Royal Air Maroc (RAM) explains that security in African airports is being strengthened by human skills and low-tech technologies. It also empowers the importance of recruiting the best of skills in different areas to better accompany the development of the company that benefits.
Abderahmane Berthé, General Secretary of the AFRAA, explains that the corporation, in collaboration with the IATA fund, has been managing the transport agencies for high-tech development booster.
Rappelons, the 50th General Assembly of AFRAA, who has been serving Morocco for the second time, has gathered over 450 participants in sales over their experiences as well as the different challenges they have called for. The opening of the ceremony, which was held last night, according to the Ministry of Tourism and Transport Agencies, Mohamed Sajid, as well as the representatives of the representatives of the aviation industry in Africa, Europe, the Middle East , Asia and the North America. All of them are in agreement with the importance of developing aerial activity in Africa, from the statute of economic development motors (www.lematin.ma).