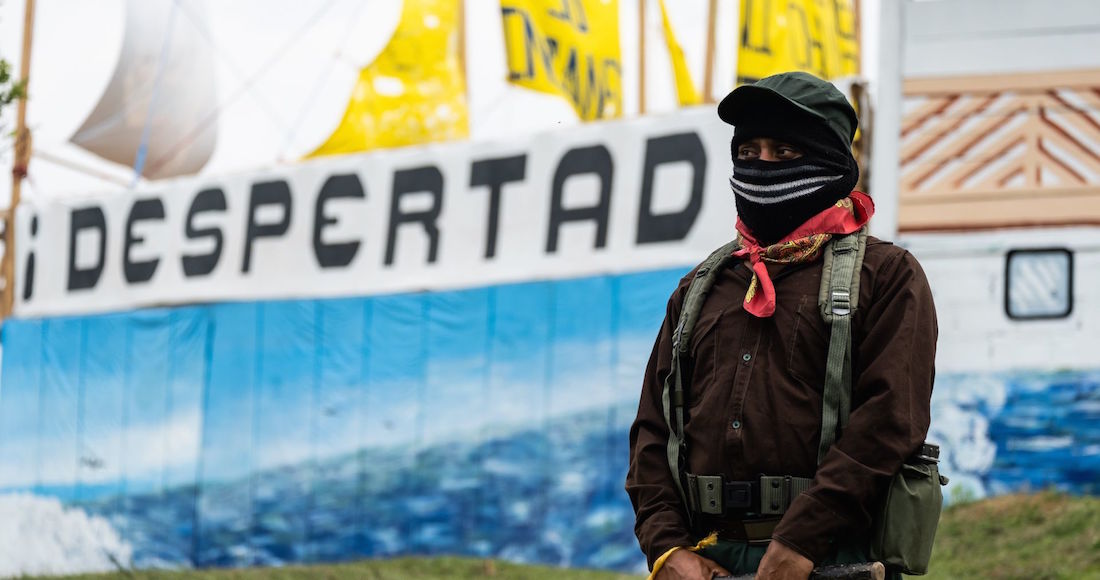 The EZLN announced that it was promoting participation in the popular consultation to comply with the right to truth and justice “of those who are victims of state actions and omissions.”

Mexico City, July 16 (SinEmbargo / EFE) .– De Zapatista Army of National Liberation (EZLN) called on citizens to respond “Yes” on the referendum to be held on August 1, where the National Electoral Institute (OAR) will seek to “clarify the political decisions of the past.”

He announced that they are promoting a national initiative to invite more people to take part in the consultation. De EZLN He accused the INE of “treating indigenous people” as ‘untimely’ and warned that the popular practice would face obstacles.

“[El INE] he does everything possible not to make the consultation, because he knows that he also has his share of the crime through his exclusive policy for fair and urban skin, “the Zapatista army in a statement signed by Subcomandante Insurgente Moisés.

The Extra and a National Initiative | SCI Moisés I July 2021 I https://t.co/8dVBlNy83x I #EZLN #Travesiaporlalife pic.twitter.com/enonaxGeLo

In the statement addressed to [email protected] adherents of the Declaration of Life; to Europe from below and to the left; to the sixth national and international; of the National Indigenous Congress-Indigenous Government Council; to the networks in resistance and revolt, and to the collective “The time of the peoples has arrived”, Subcomandante Moisés criticized the opposition parties for the consultation, noting that they were afraid that the victims would make their demands known.

“Those there, in the ‘opposition parties’, resist the discussion, not afraid of what will follow; They are also worried that the victims will recover their demands from the basic and perverse use that makes it extremely right from their pain. “Because pain does not have to be an election campaign, let alone for such scams as those who are primarily responsible for the violence and who have previously devoted themselves solely to the collection of wages and cynicism,” reads the letter.

The EZLN asked citizens to take part in the consultation to represent the beginning of a mobilization to promote the establishment of a Commission on Truth and Justice for Victims.

“You have to enter it, not look for it, but look after the victims. The query must be converted to an “extemporaneous” query. This is to initiate, independently of the above, a mobilization for a Commission on Truth and Justice for Victims, or whatever it is called. Because there can be no life without truth and justice, “said Subcomandante Insurgente Moisés.

INE does not ask to confuse citizens

This Friday, the INE also decided on the consultation scheduled for August. Lorenzo Córdova, presidential adviser to the electoral commission, asked the politicians “not to confuse the bourgeoisie”, because in the consultation they asked themselves to “clarify the political decisions of the past” and not directly the former presidents of the country to pursue.

“Hopefully there is a convergence of all political actors so that citizens are not confused. If anyone expects the INE citizens to ask something else, we do not have the power to do so,” said INE President Lorenzo Córdova at a press conference in Mérida, Yucatán.

But the Supreme Court changed it in such a way that Mexicans are asked if they agree to “take actions in accordance with the legal framework to clarify past political decisions made by political actors.”

“What you will ask is that. It’s nothing else. Hopefully, this exercise will not generate confusion or other expectations of what the citizens will find, ‘Córdova insisted for the campaign of the ruling National Regeneration Movement (Morena) in favor of persecution of former presidents.

On Thursday, the dissemination campaign officially began promoting the popular consultation on August 1, the first in the country’s history, making the participation of 40 percent of the population binding.

Electoral authorities will install 57,000 polling stations across the country, less than the 163,000 who went to the midterm elections in June.

–With information from EFE.