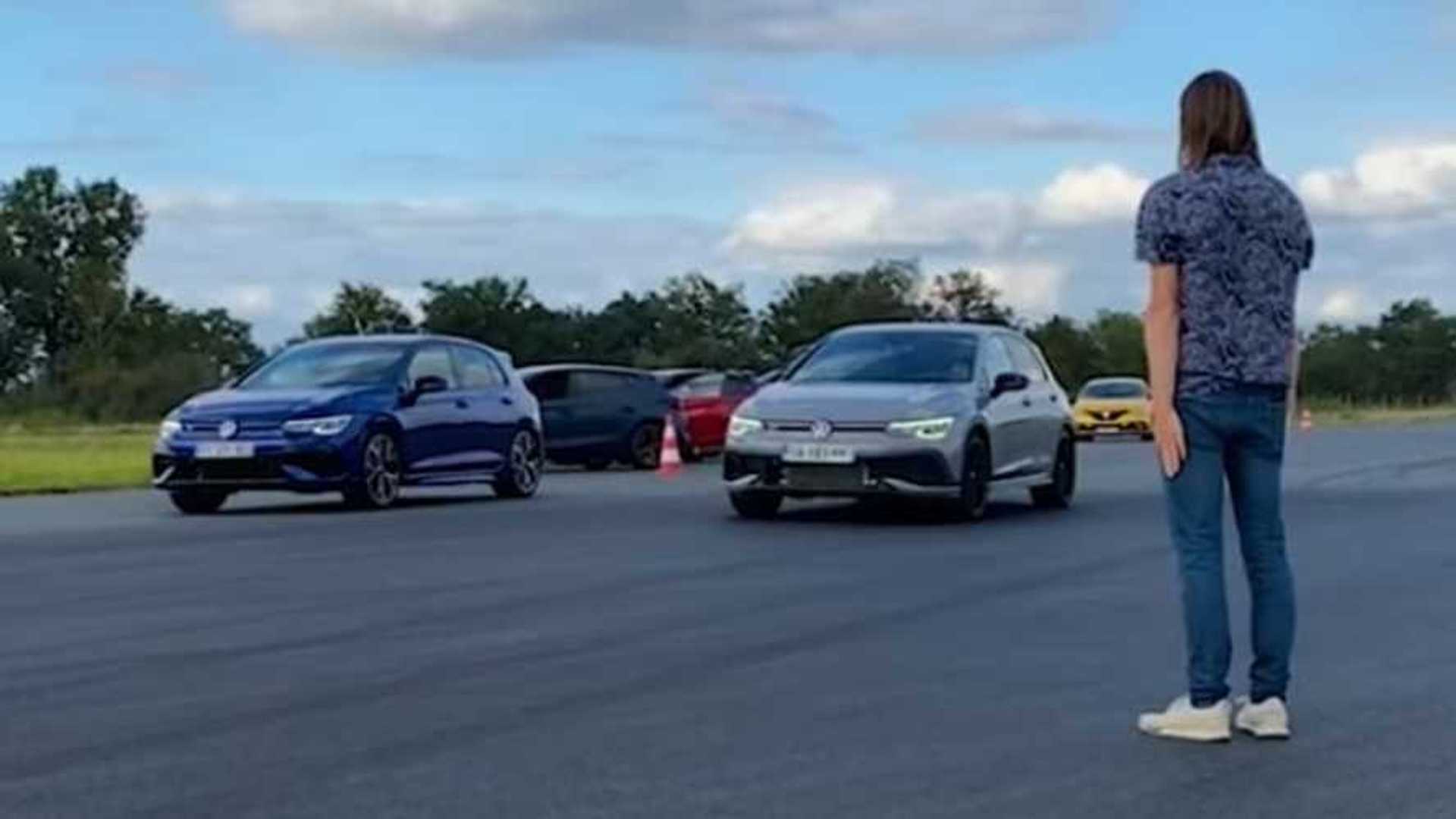 The sports range of the Volkswagen Golf MK8 currently includes different performance levels based on the same architecture. The GTE, GTI, and GTD are the entry-level hot-tubes powered by electrified, gasoline, and diesel engines, respectively. On top of that, the Clubsport and R versions unleash the full potential of today’s generation Golf in production form. But how big is the difference in performance between these trim levels?

A new video by the Motorsport magazine channel to YouTube brings us to the drag strip where a blue Golf R meets a silver Golf GTI Clubsport. The latest is from the 45th special edition that was unveiled as a nod to the original Golf GTI. It has a 2.0-liter turbo engine under the hood with 296 hp (221 kilowatts). Power reaches the front wheels and the hatchback weighs 1,427 kilograms (3,146 pounds).

Against it, the Golf R has a more powerful version of the same four-cylinder unit with 320 hp (235 kW), which sends power to all four wheels. The improved traction comes at the cost of 116 kg (256 pounds) of extra weight compared to the FWD model. Better traction and more power – is that enough for the Golf R to prove that it’s the Golf’s flagship performance flagship?

We are sure you have read the headline and have a pretty good idea of ​​which car will win this drag race. However, the video at the top of this page is short enough not to waste much of your time, and shows what the real difference is in performance between the two fast Gulf.