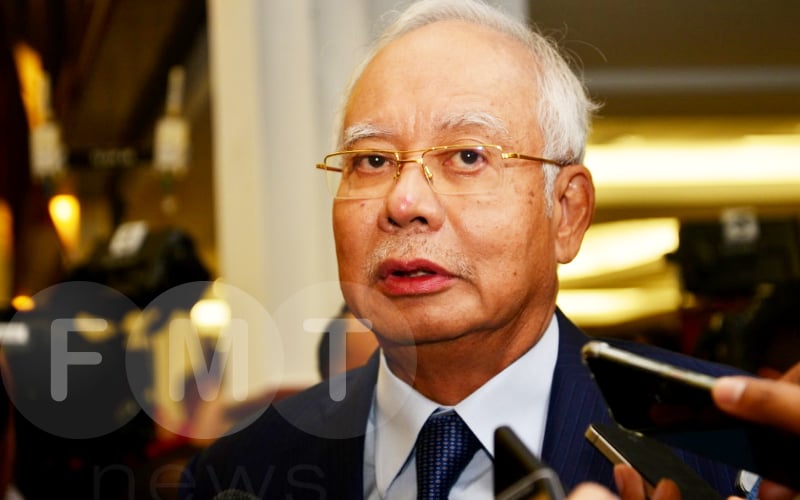 PETALING JAYA: Former Prime Minister Najib Razak says he did not believe the "evidence" presented by The Edge owner Tong Kooi Ong on the 1MDB issue as it was based on emails stolen by a disgruntled PetroSaudi employee.

Tong claimed that he had shown Najib evidence of fugitive businessman Low Taek Jho's wrongdoing in March 2015, after Najib said he was not aware that anything was wrong because he was not told about it.

Najib said all the documents provided by Tong came from a former PetroSaudi employee who was not happy with his company and had stolen the emails before using them to blackmail his employer and friends for years.

"There were also claims that the documents were amended. The employee was then convicted in Thailand for blackmail, "he said in a Facebook post without mentioning names.

Furthermore, Najib said PetroSaudi was owned by Tareq Obaid at the time and then Riyadh governor Prince Turki Abdullah, the seventh and favorite son of King Abdullah.

"We asked PetroSaudi if there was any truth to the allegations being spread at the time. They responded through an official letter saying that the allegations were false and that GoodStar was always owned by PetroSaudi. "

"Then, any payments made to PetroSaudi were returned with profit in the form of units that were guaranteed by Aabar Corporation, owned by IPIC, which owned twice the size of Khazanah Nasional," he adds.

Najib said 1MDB's auditor then, which was among the top four auditing companies in the world, had confirmed the value of the units and did not state that Aabar's guarantee did not exist.

Similarly, he said, prominent lawyers hired by 1MDB, Wong and Partners did not say that anything was wrong.

Najib said following his meeting with Tong, a settlement was reached with IPIC in June 2015, in which IPIC would take over the US $ 3.5 billion bond issued by 1MDB in exchange for the units.

"I called the United Arab Emirates crown prince myself and he immediately paid US $ 1 billion to 1MDB to begin the process.

"At the time, there was no sign that the guarantee of units or amount paid to Aabar BVI by 1MDB was a scam. Only towards the end of 2015 did IPIC question the guarantee or deny ownership of Aabar. "

This, he said, happened after a "strongman" of UAE crown prince Khadem Al Qubaisi was sacked as IPIC managing director.

Najib said aside from the settlement with IPIC, the government also started the Public Accounts Committee investigation and auditing of 1MDB.

"Yes, Tong may be right today, but in March 2015, his words were based on the claims of a disgruntled employee against the explanation of the governor Riyadh and Saudi prince, an international auditor, and Aabar's highest management."