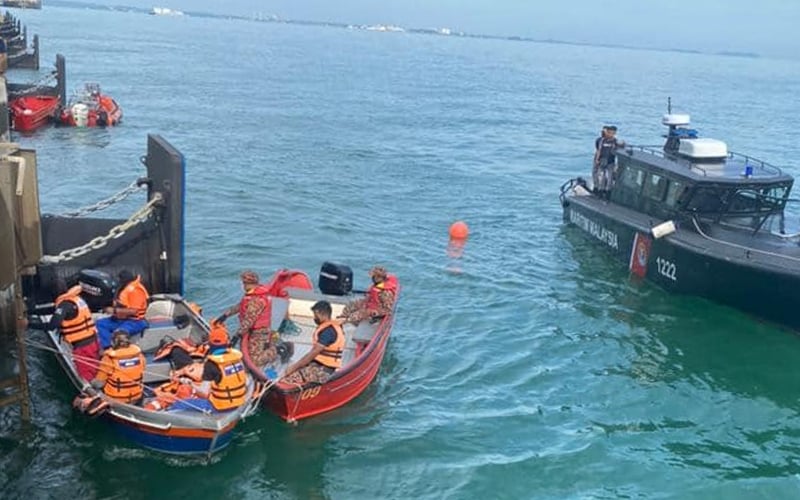 PORT DICKSON: The body of a driver of coal trucks, whose vehicle crashed into the sea yesterday morning at the Jimah Power Plant coal unloading pier, was driven off the coast of Bagan Lalang at about 4pm today.

In the 1.30am incident yesterday, Sharul Nizwan overturned a coal-laden truck when he crashed into the sea. He and four other friends were cleaning the coal yard by the pier.

A SAR operation was launched, involving more than 60 personnel from various agencies, including the police, the Malaysian Maritime Enforcement Agency and the Malaysian Civil Defense Force, as well as two JBPM tracking dogs.

Mohd Hafiz said the second day of the SAR operation continued today at 8 a.m., with various strategies including underwater and surface search, with all efforts carried out according to standard operating procedures.

“In terms of the physical injuries, we are still waiting for confirmation of the hospital’s report,” he told reporters at the scene here today.

However, he said that a three-ton truck driven by the victim, which was found on the seabed at 11.23am yesterday, was still in the process of being lifted, due to its heavy load and strong currents.

The body was taken to the Forensic Department, Port Dickson Hospital for a post-mortem, and the search ended this afternoon at about 5.15.