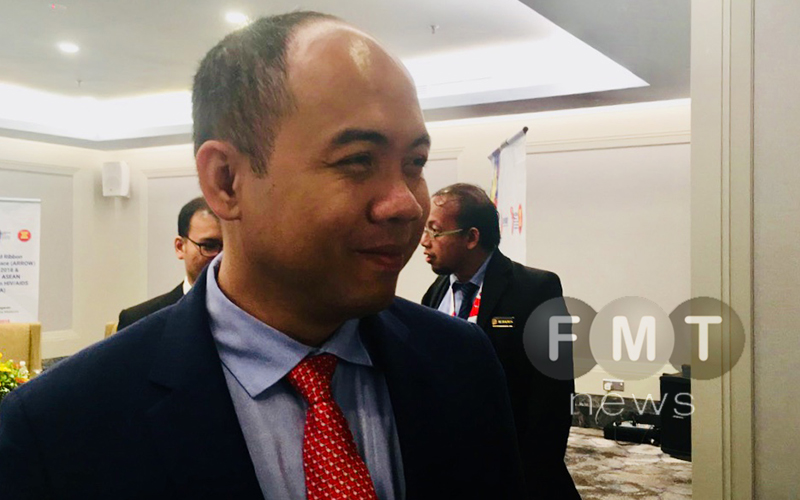 KUALA LUMPUR: An officer of Asean has initiated initiatives to address the discrimination of ' to address HIV / AIDS with HIV / AIDS, thereby making it a mark in strategies to place the problem.

Assepoints General for the Asean-Social Culture Community Kung Phoak said in the past, efforts to deal with such discrimination were especially at the social level and aimed at providing a support network for them.

"But now we're talking about how employees can influence their work, how to handle your work and how to get them in the chances of getting rid of them? to earn a career, "said FMT.

He added that the Asean region has seen a lot of progress to guarantee the fair treatment of HIV / AIDS workers.

He also has a reduction in the number of HIV cases in Southeast Asia.

He said the work for safe practices and the prevention of HIV / AIDS along with policies to combat discrimination against you with the disease was introduced two years ago and determined by all 10 member states of the Asean.

Since then, a number of companies in the region have adopted the guidelines and are attempting to launch programs to help people with HIV / AIDS.

"We're talking about making the guidelines, but we first need to investigate the case. We can not hurt in any way," he added, adding that a good cost-profit analysis needs to be done.

Malaysian AIDS advocate Bakhtiar Talhah has said that the intent of the Ministry of Human Services to see the implementation of anti-discrimination legislation for HIV / AIDS workers is a step in the direction.

He added that it was stimulated to visit companies such as Petronas to appoint HIV-positive employees.

"They pay even if you are needed for your treatment, but there is still a long way to go, not many private companies do this," he said.

He said the council had had many complaints from people who lost their jobs by their HIV status.

Even so, he added, not all cases of discrimination by employer would be reported.

"There are 100,000 identified cases of HIV in Malaysia, most of which work, and many remain silent and hidden so their employers and colleagues do not know.

"They live in fear that perform their employees or colleagues, they can lose their jobs."

Some companies also make HIV pre-employment performance in the treatment of the fact that this is not an obligation practice, he said.

"We even have the rocks of students who have denied the dot or places in the university because they are HIV positive."

Bakhtiar added that most new symptoms of HIV were different people between 18 and 30 years old.

"These are people who are productive, young and full of energy. Why should we try their work but just be HIV positive?"