KUALA LUMPUR (October 11): Airports, airlines and hotel players, these sectors linked to tourism are among those expected to benefit from the reopening of interstate travel, which in turn is expected to boost economic recovery, according to analysts on Monday.

The government is also expected to reduce international border restrictions in the coming months, CGS-CIMB Research analysts Ivy Ng and Nagulan Ravi said in a note.

However, some analysts felt that the slow domestic economic reopening and recovery had already been partially offset in the stock market.

Meanwhile, analyst at RHB Investment Bank Research Alexander Chia said the government’s fiscal constraints imply a limited capacity to pump, and this, coupled with the development of external risks, means limited recurrence of catalysts for the stock market. His expectation in the basic case is that a recovery scenario will evolve slowly as the process of normalization picks up pace. “This transition to the new normal will bring a renewed focus on the foundations, and the need for investors’ expectations to be supported by income,” he said.

Below are the top picks from some analysts playing the recovery theme: 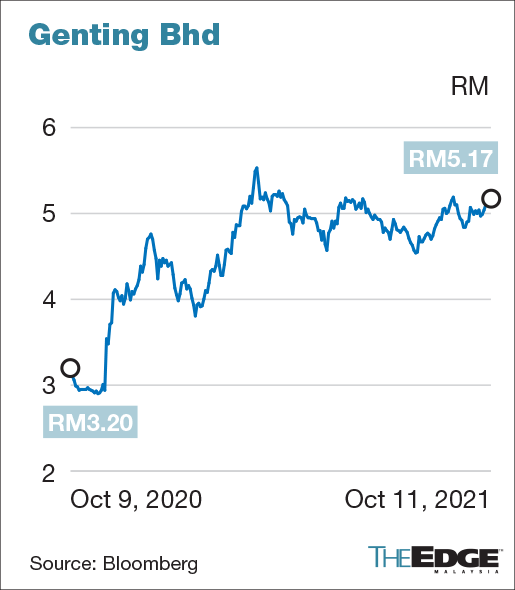 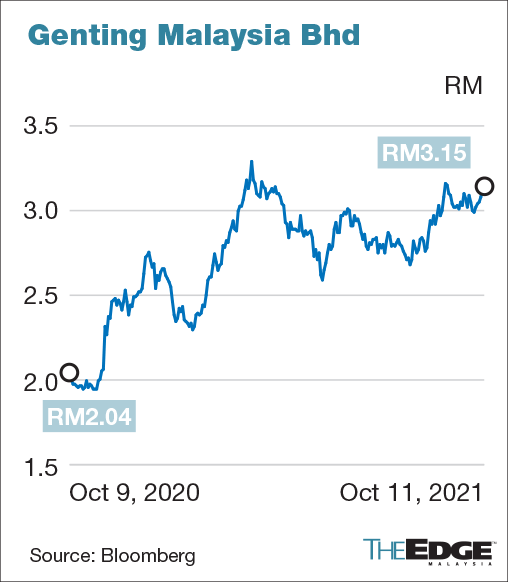 Genting Bhd and Genting Malaysia Bhd are among the toppicks for CGS-CIMB Research, as the casino operators are likely to benefit from increased visitors to Genting Highlands. The research house maintained its target price (TP) of RM7.25 for Genting and 3.3 RM for Genting Malaysia, and saw the reopening of Resorts World Genting as a major catalyst. 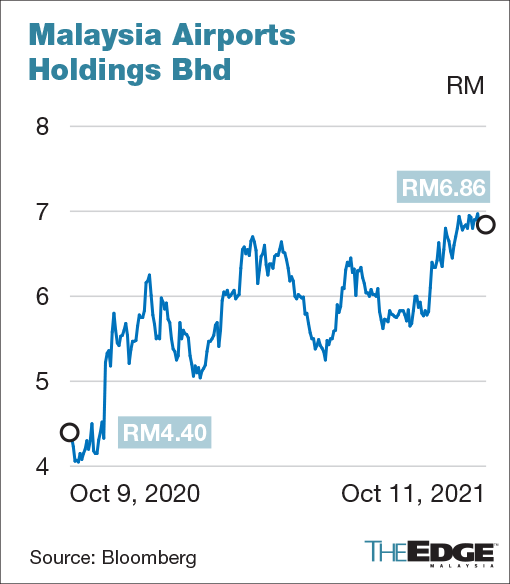 Airport operator MAHB is also seen as a top choice for CGS-CIMB Research, as it expects the government to reduce international border restrictions in the coming months, which is likely to increase traffic movements at its airports. AmInvestment Research also notes that the transportation sector benefits most from lifting travel crusts, and that for MAHB it should translate into higher passenger volume. 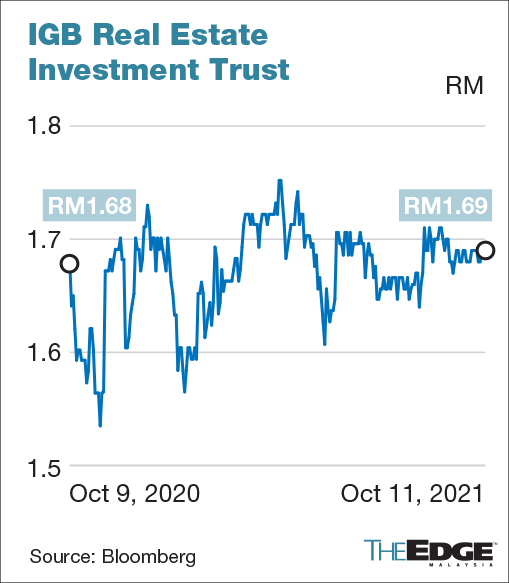 For CGS-CIMB Research, REIT players driven by improvements in hotel occupancy and shopping center footfall are likely to benefit from lifting the ban on interstate travel. As such, IGB REIT is one of the top picks because the REIT flagship stores are well placed to take advantage of an expected retail gain. 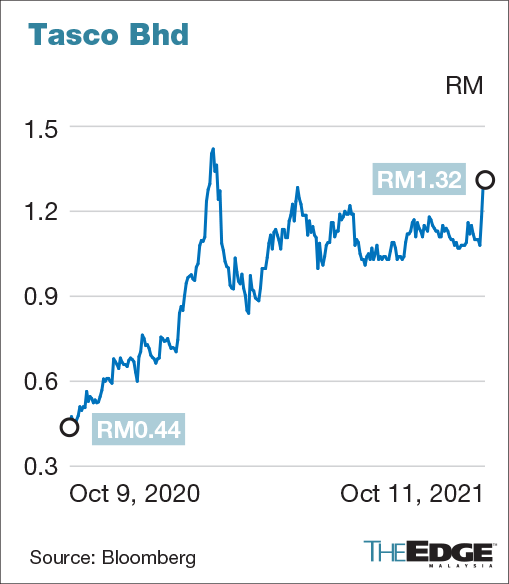 RHB Investment Bank continues its “buy” call to logistics solutions provider Tasco, with a higher TP of RM1.79 from RM1.75. The research firm expects that its strong performance will be driven by robust business operations and throughput, combined with various growth paths and potential recurrence catalysts.

It also sees the unintended appreciation of the bottom of the company as a good entry point into a renowned third party logistics (3PL) player, with a solid international presence, to ride the bike of the sector. Tasco traded two cents higher at 1.54% on Monday at RM1.32. YTD, it has risen 73.68%. 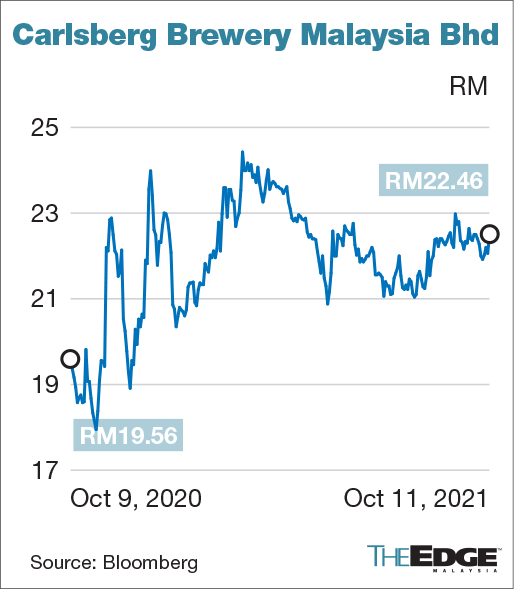 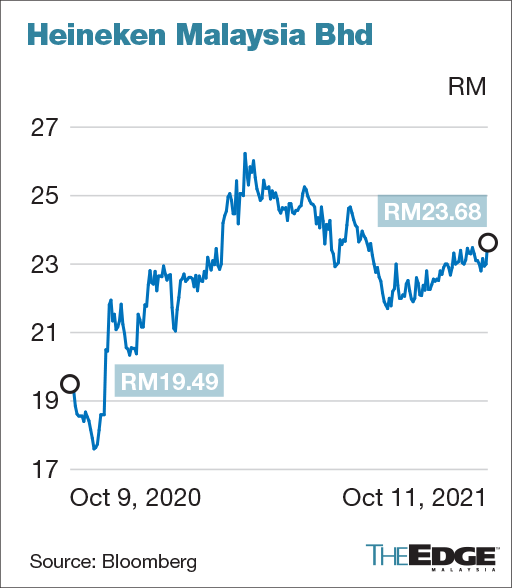 Notably, the brewers suffered an 11-week suspension that lasted from June 2 to August 15, in accordance with the full order for motion control. Beer sales are expected to increase with the reopening of economic activity and higher vaccination rates, CGS-CIMB Research said in an earlier September 9 sector report. 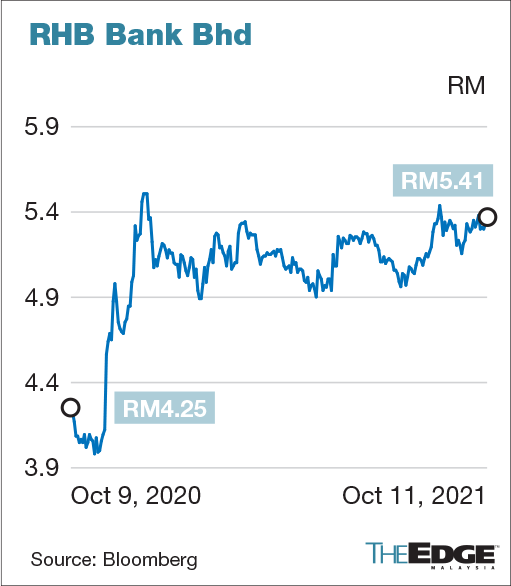 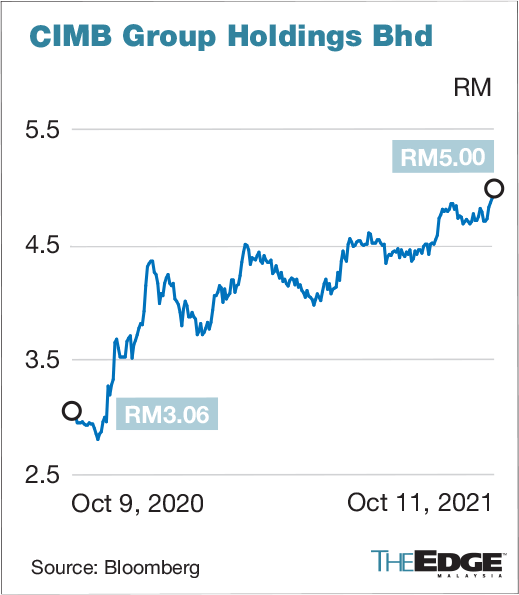 Banks are seen as proxies to the economy. As the economy recovers, they are ready to take advantage of the uptick in economic activity. This may also mean that risks associated with the loan moratorium granted since 2020 will be limited, as lenders who have problems with cash flow problems will have to decline with the reopening of the economy. 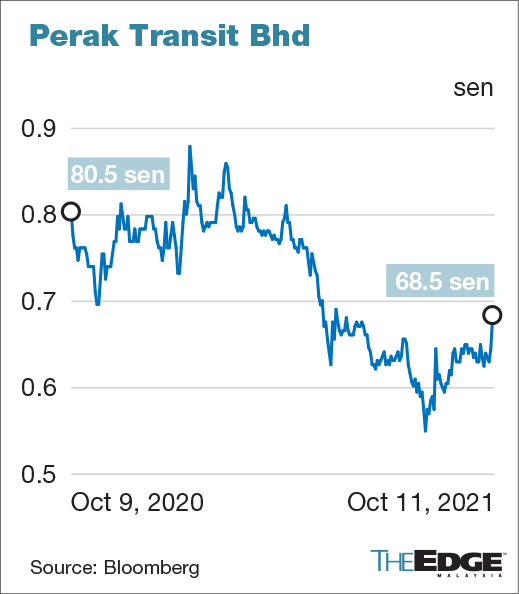 Perak Transit, which operates an integrated public transport terminal – Terminal Meru Raya – and provides public bus services, has been added to AmInvestment Research’s list of top picks, as it is seen as a benefactor of the uplift. of the ban on interstate.

AmInvestment Research believes the company will benefit from higher rental income from its integrated public transport terminal if footsteps are restored. It also expects the company to drive at higher sales volume from the four gas stations it operates in Perak. 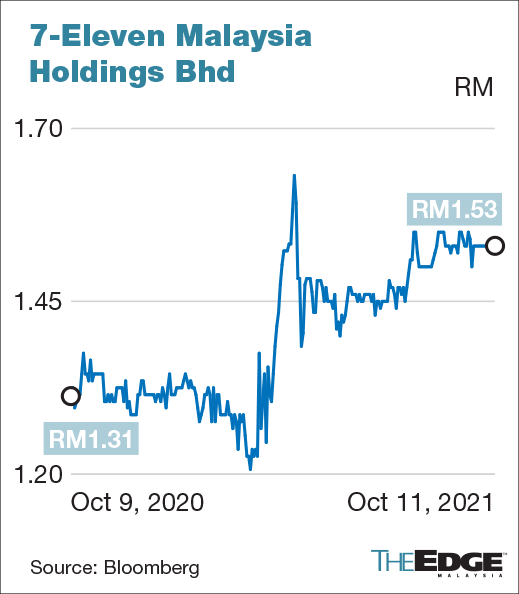 7-Eleven Malaysia is one of the top choices of CGS-CIMB Research, as the convenience store is expected to take advantage of the pick-up in tourism activities with state borders now open.

The largest convenience store operator in Malaysia, it also has a 75% stake in the chain pharmacy company Caring Group, which acquired its acquisition in the second quarter ending June 30, 2020 (2QFY20). Based on a Aug. 27 report, CGS-CIMB Research has a TP of RM1.71 for the convenience store. The share price remained unchanged at RM1.53 on Monday. The PER stood at 57.12 times.