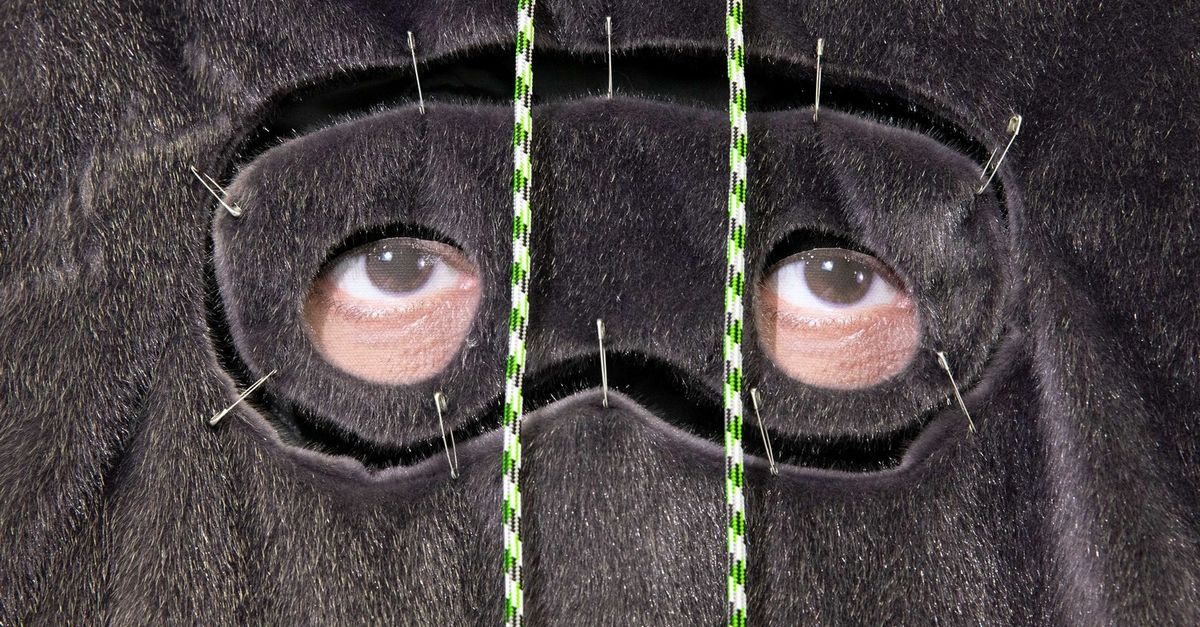 Not one well-known design was presented for the first time at the Young Designer’s Prize exhibition in the Titanic Hall of the Vilnius Academy of Arts (VDA), where design students present their latest works. This year, it will run until July 31st. Graduates offer new solutions for daily life and sustainability with their works.

The Young Designer Prize (JDP) exhibition has been organized every year since 2011, where bachelor’s and master’s students in design from all Lithuanian higher education institutions present their diplomas. The works are divided into four categories (product design, communication design, fashion design, design research), each with 3 nominations. The winner of the main and extra prize will be chosen by an independent committee, the winners of the audience will be chosen by the readers of the portal 15min.lt.

Ieva Rudė, the coordinator of the project department of the Design Innovation Center of the Vilnius Academy of Arts (VDA DIC), who presented the exhibition in VŽ, points out that we see only part of the efforts that students have made. By jointly inspecting innovative exhibitions, young designers strive to notice and solve ecological problems.

In the history of JDP, many authors have developed their work into a product and founded a company. Some of this year’s graduates are planning to start their own businesses, but that’s not the only career path.

The exhibition does not lack innovation and originality. One such innovative work is the “Teleturistic System” by Paulius Burag, a bachelor student, which offers a new way of traveling: a system consisting of drones and their stops allows you to travel without moving.

According to the author’s concept, it would be possible to remotely connect to the drone and control the environment with the help of the cameras in it. Such a journey also requires a platform for virtual reality.

Students present a different approach to objects than actions common to us. For example, Master student Viktorija Stundytė, who has created a collection of tableware with a wavy surface “Table Attributes”, invites you to take a closer look at foods.

According to the author, in the design of these ships she tried to create an indication of the forms of natural nature and human contact with nature.

“I use them to stop the practice of casual eating. I want to convey a message so that we eat more slowly, attentively, in smaller amounts and in a balanced way ”,? explains V. Stundytė. Her “Table Attributes” were awarded the top prize in the design research category.

The theme of sustainability is also clear in the exhibition. Young designers talk about or solve ecological problems with their works. One of them is the film “The Invisible Side of Plastics” by Emilis Jonaitis, which depicts 2016 in graphic elements. A plastic-degrading bacterium was invented in Japan.

Another example – Milda Pakarklytė’s “Life after life” is a place of honor for the dead at home. One of the most important elements of the work is an ice candle, which, lit and placed on the scale, reveals an image of the deceased, and the water that melts from the heat flows into a well with the ground where the bonsai tree is planted, This piece is an alternative to polluting candles from glass and plastic cemetery.

Now it’s a job, then a product

Students develop ideas and realize works in collaboration with various advisors. According to Burag, the vision of the teletourism system he developed was developed in consultation with the Production Innovation Valley (GIS) team and others. The young designer will study for a master’s degree and create a demonstration prototype to help search for investors to run the system.

V. Stundytė made her courts in collaboration with the trade school “Sodžiaus meistrai”. She is currently developing her brand and intends to start a business. The developer believes that the table attributes it produces can be applied in the hospitality business.

“It is important that the restaurant model works according to the principles of sustainable nutrition. In modern food culture, the chef is an educator who has a significant influence on the eating habits of society. Therefore, I believe that the design of conceptual table attributes together with the dishes of the chef and his team is effective in conveying the message of how important it is to understand the impact of eating habits on people and the living environment, “says V. Stundytė ,

Products are not all

Marius Urbanavičius, 15th head of the VDA DIC, says that the main purpose of the exhibition was to showcase the work of students so that they can continue as designers as well as as hired professionals. Considering why not all students start businesses, M. Urbanavičius states that if the idea is relevant, then there is an opportunity to create a product. Of course, entrepreneurial skills are also needed.

“For the most part, it all depends on the person himself, how broadly he is not only interested in his field, but also in business, finances, how they manage them,” the interviewee explains. According to him, the most important thing is whether a person wants to start a business, and charisma, enthusiasm helps convince investors.

According to I. Rudė, young designers create concepts and ideas that do not become a business within a year, mainly because students who have decided to develop a product must manage their intellectual property.

“No investor will look after your work until it is patented. Because there is a risk of plagiarism,” she says.

M. Urbanavičius emphasizes that business is but one of several possible ways for an artist. Other careers are also good experiences, such as working as a freelance designer or in social work.

Doc. Juozas Brundza, Head of the Design Department at the Vilnius Academy of Arts, talks about already implemented projects. Among them are the Light Stick lamp of Živilė Lukšytė, made in Italy, the educational tool of Karolina Petraitytė, objects made by Ignas Survila and Rapolas Gražis.

I. Survila, the inventor of the Pigeon scooter, noting that the scooter is an underdeveloped and childish car, began to improve it, finally developed the product and founded the company City Birds. He says the launch of scooters was helped by raising capital on the Kickstarter crowdfunding platform, and with the arrival of investors in Switzerland, the company began to build in China. The truth was there were plans for production to Europe, but, according to I. Survila, the price system in China seemed more economical. He sold his business in 2019.

R. Gražys, the inventor of Lava Drops electric guitars, says that in creating them he collaborated with musicians, engineers for musical instruments, material technologists. However, he started the business without the help of investors, developed the product himself. He actively participated in world exhibitions in Los Angeles, Hollywood, Dubai, which helped expand the circle of knowledge, meet musicians. R. Gražis’ guitars are made by hand, so they are not a mass-produced product, so the help of investors was not necessary for him.

Choose the companies and topics you are interested in – we will inform you with a personal newsletter as soon as they are mentioned in Verslo žinios, Sodra, the Center of Registers, etc. sources

Get a FREE LEISURE weekly in your inbox: