The first accurate view of the interior of Mars is given 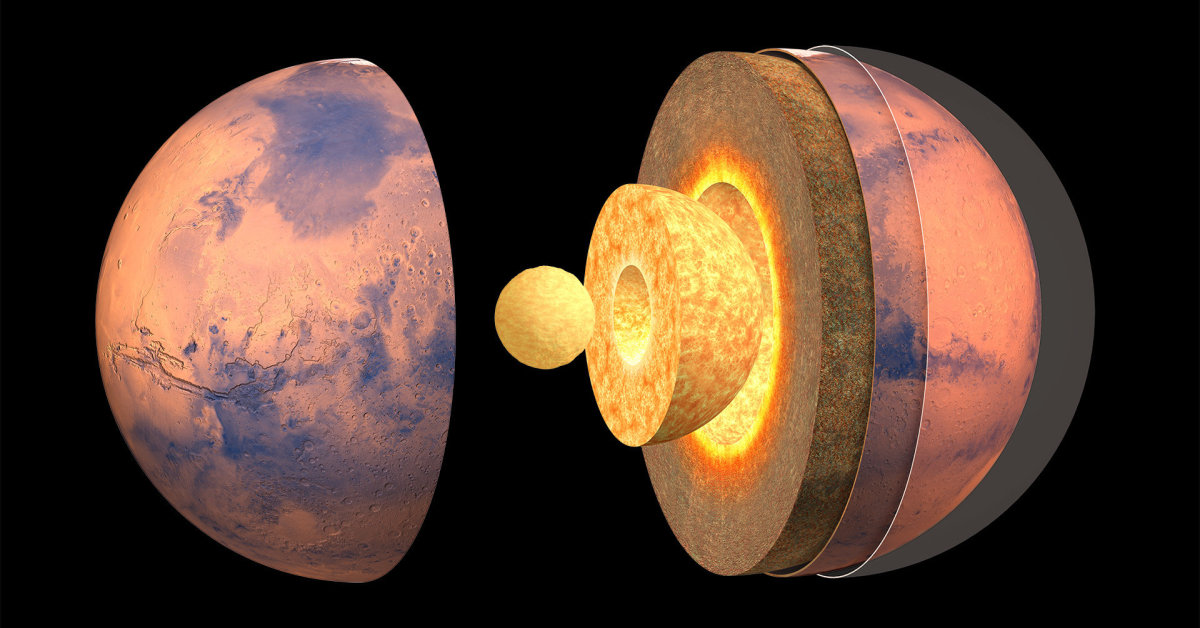 This look within Mars is the culmination of two years of research (and decades of planning). NASA’s InSight landing gear is a stationary scientific robot deployed on Mars with the sole task of exploring the invisible inner layers of the Red Planet. About a month after landing on a flat surface called Elysium Planitia, InSight installed a small seismometer with a robotic hand on a nearby surface of Mars and began listening to seismic vibrations on a planet similar to earthquakes.

“Unlike Earth, Mars has no tectonic plates – its crust is like one giant plate,” NASA researchers wrote in a statement.

Cracks, like cracks in the rocks, however, still form in the crust of Mars. These fractures can cause seismic vibrations, which have been detected by InSight 733 over the last two years.

The resemblance to the earth is small

The team found that the interior of Mars, like Earth, consists of three layers – the crust, mantle and core, but the dimensions and composition of these layers vary greatly between the two worlds. Mars’ crust, for example, is much thinner than researchers expected, with depths of 20 to 37 km. and consists of two or three sublayers (for comparison, the Earth’s crust extends to a maximum depth of about 100 km, according to USGS data). IPGP / David Ducros / Illustration of the internal structure of Mars

Under the crust is a considerable mantle that stretches for about 1560 km. below the surface of Mars, and below it is a giant nucleus, which begins approximately halfway between the surface and the center of the planet. The nucleus was both larger and more fluid than the researchers expected.

Scientists do not yet know if Mars has a solid inner core like Earth, but researchers say that only a few years of research to measure the outer core of the planet is a great achievement.