Free health checks – a quarter of them do not know it at all, almost half do not use it – ALWAYS 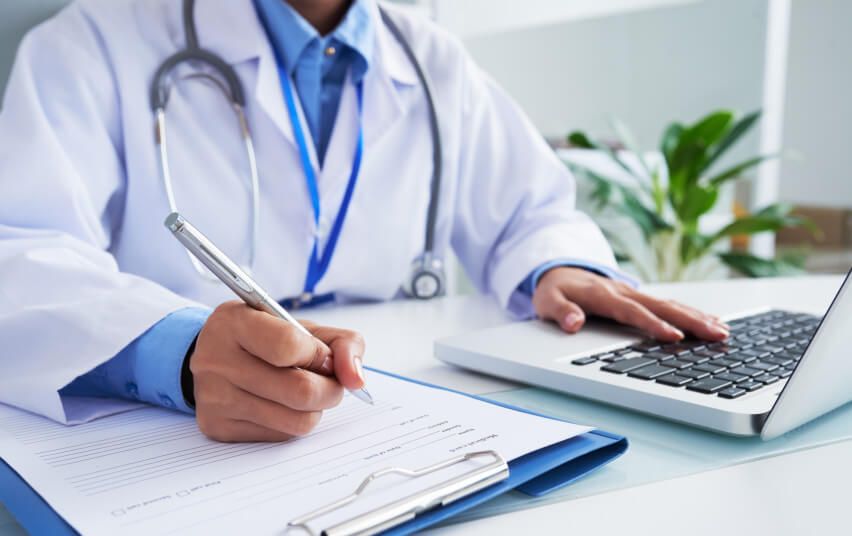 More than half of the adult population says they have health checks under free cardiovascular and oncology programs. More than a quarter, however, are unaware of the existence of such programs, although it is the circulatory system and oncological diseases that account for more than 70%. dead in Lithuania.

According to data from a representative survey conducted by the company Spinter tyrimai, 59 percent. The population is being screened for health under cardiovascular disease (CVD) and oncology programs, and the rest are not doing so for a number of reasons: they are unaware that such programs exist, visiting visitors to doctors, or considering their health to be excellent.

“Prevention programs are an essential tool for disease prevention. We invite people who are not yet ill to be tested, even those who have no complaints, so a proper assessment of their health is no reason not to check. The target group of the COC prevention program is those middle-aged people – men aged 40 to 55, women aged 50 to 65 – who do not normally experience any symptoms. They go to family doctors for completely different reasons or do not visit them at all, or do not even know who their family doctor is and where their outpatient clinic is, “says Professor Žaneta Petrulionienė, cardiologist, head of the Vilnius branch of Lithuania. Heart Association (LSA).

Do not know, but sick

26 percent 42% of respondents do not even know what free health prevention programs are available, and 42%. have heard of it but do not know exactly.

“The goal of all of us is to let people know that there are such programs. All GPs and family centers provide such a service, but it is necessary that the residents themselves come actively for checks. If a person does not even know who his doctor is, it is impossible to attract him. We aim to 100% control the age group for which the program is intended, because during the inspection we find a very high prevalence of risk factors – an ordinary person has several factors. And if there were heart attacks, strokes, heart deaths in the family – the risk of getting the disease is 2-3 times higher “, – says Prof. Ž. Petrulioniene.

According to the cardiologist, at the time of the study, arterial hypertension or high blood pressure is detected in half of the population, 30 percent. metabolic syndrome leading to obesity is detected in 10-11%. – Diabetes, 90 percent. – dyslipidemia (cholesterol abnormalities), but even the mildest forms are included in the statistics.

Doctors Radiologists, coordinators of prevention programs of the National Cancer Institute dr. According to Rūta Briedienė, healthy people who do not even have thoughts about cancer should participate in the programs. If symptoms are already being felt, then it’s time to see a specialist, not a preventative program.

“Tests are not always comfortable – for example, uterus, mammogram. However necessary, a person should come to the test neatly every two years and do 10-20 years. In addition, on a regular basis, the disease will occur with late onset,” which means a reduction in deaths due to these diseases.For example, after screening 1,000 women for breast cancer, an average of 5-6 cases of breast cancer are detected.On the one hand, there are a small number, 995 women checked for those five But for the latter, it is a matter of life and death, “emphasizes Dr. R. Briediene.

The disease is getting younger

According to the radiologist, the age of the patients she is treating is getting younger – previously oncology patients were 50-60 years old, now she is visited by residents aged 25-30.

“Cancer is really getting younger, maybe it’s also related to environmental factors, harmful habits, our daily diet. Hormones and other preparations are used to raise food-producing animals, such as contamination of fruits and vegetables with nitrates and pesticides. The long-term use of contraceptives. “And the change of partners is also having an impact. In developed countries, the incidence and mortality of cervical cancer is significantly lower than in Lithuania – this is undoubtedly affected by HPV vaccination and an organized preventive screening program,” she said.

Prevention programs can allow for early detection of the disease, and early diagnosis is a guarantee for the treatment of any oncological disease. In the case of cervical cancer, even pre-cancerous lesions can be detected, which means that not only the mortality but also the incidence of the disease is reduced. The colon program can identify benign tumors that, if they are removed, reduce the chances of developing cancer, and prostate cancer can also be stopped early. Prostate, colon and breast cancer programs invite residents over the age of 50 and body worms from the age of 25.

“Women are very often afraid of research because it will hurt, it will be uncomfortable, they also avoid a bad response, and if they catch something themselves, they think it might go on. But if we do not find anything wrong, it relieves patients so much, says they have been sleeping two months earlier and regrets being so late. Of course, no one wants to hear bad news. But as long as you live with the disease, it gets older and makes you know about yourself in a worse form, ”says Dr. R. Briediene.

According to Ž. Petrulionienė, much more important is primary prevention than secondary prevention, which already begins with cardiovascular disease. The goal of the primary prevention program is to identify individuals who have risk factors and reduce them to protect the patient from an initial heart attack, stroke, surgery, procedure, or limitation. The highest death toll from CVD is recorded in Lithuania – 56 percent.

“Risk factors include high blood pressure, cholesterol and glucose, smoking, increased body weight, waist circumference, low physical activity, and an unbalanced diet. People often talk – they were healthy and suddenly had a heart attack. He was not healthy. He had atherosclerosis, a lot of it. set of risk factors, but lived an intense life and ignored the signals sent by the body.Did not feel high blood pressure, continued to smoke, did not pay attention to obesity, did not exercise, did not eat well.The prevention program is designed for people who are not yet ill enough to provide information on these factors, ”says the cardiologist.

She adds the need to proactively prevent your health indicators. “Everyone needs to know their blood pressure, which can not necessarily be measured at home. The body mass index can be easily calculated by the formula, and it is also easy to measure the circumference of the torso. You need to think about your physical activity – see how many steps a day goes by. Nutrition is a cornerstone, its basic principles can be read. What a person cannot do at home is a blood test performed by a family doctor according to a program to determine risk factors, ”Ž. Petrulioniene.

More than 700 pharmacies in the country, which belong to the Lithuanian Pharmacy Association, encourage the population to register for doctors for preventive health examinations in various ways.

“If one of the biggest problems is the lack of information on free health checks, pharmacists will always provide the necessary information to residents who visit the country’s pharmacies and are interested in such prevention programs. Pharmacists answer in detail the problems of health prevention , active lifestyle and healthy nutrition – the essential emphasis of a healthy life, but for the prevention of diseases it is first necessary to consult doctors, “says Kristina Nemaniūtė-Gagė, president of the Lithuanian Pharmacy Association.