Tokyo 2020: Syrian Hend Zaza is the youngest athlete in the Olympic Games 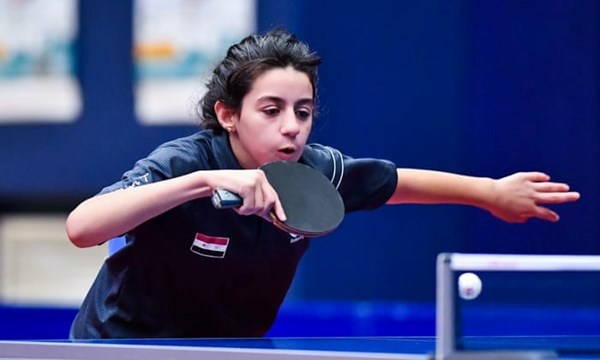 Syrian child Hend Zaza is the youngest player at the “Tokyo 2020” Olympic Games, and will participate in the table tennis “ping pong” competition

Zaza was born on January 1, 2009, and qualified for the Olympics after winning the final of the West Asian Table Tennis Championships against 42-year-old Lebanese first-ranked Mariana Sahakian with a score of 4-3. and thus capped the qualifying card for the Olympic Games “Tokyo 2020” to be Youngest participant.

The credit for discovering Zaza’s skills and talent goes back to her former coach, Adham Jamaan, in 2014.

That talent paid off after just seven months, when she finished second in the 2015 Syrian Junior Championships at the age of six.

Zaza will play a tough match in the preliminary round of the women’s competition at the Olympic Games in Tokyo, tomorrow, Saturday, against veteran Austrian Liu Jia, 39.