“OPEC +” finally reaches a compromise agreement on increasing oil transport, starting next month, to the satisfaction of the UAE 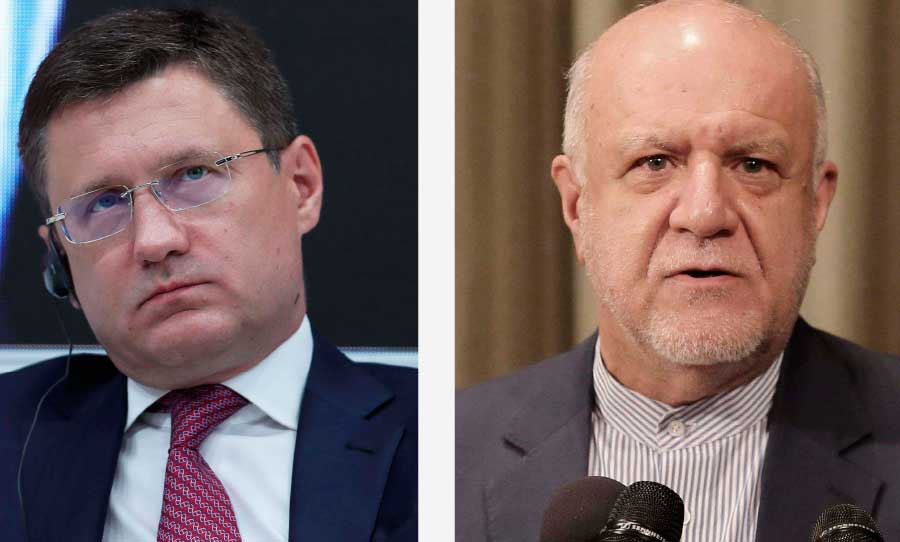 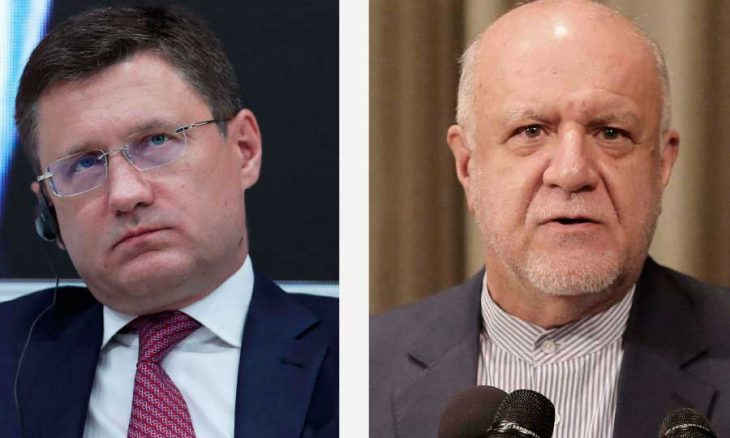 LONDON / DUBAI / MOSCOW – OPEC + ministers agreed on Sunday to increase August’s oil supply to reach prices that recently rose to a two-and-a-half-year high when the global economy recovered from coronavirus pandemic,
The group, which includes the Organization of the Petroleum Exporting Countries and Allies of Independent Producers, including Russia, agreed on new production quotas starting in May after Saudi Arabia and other countries agreed to a request from the United Arab Emirates threatening the plan.
UAE Energy Minister Suhail Al Mazrouei was pleased with the agreement at a press conference, while his Saudi counterpart, Prince Abdulaziz bin Salman, declined to answer questions about how to reach a compromise.
And OPEC + agreed last year to introduce production cuts of about ten million barrels per day to counter the decline in demand caused by the outbreak of the Corona virus epidemic, restrictions that have since been gradually reduced, around the current reduction of about 5.8 million achievable barrels per day.

And “OPEC +” stated in a statement issued after a brief remote meeting that it would increase production by an additional two million barrels in the period from August to December of this year, to 400,000 barrels per day per month.
The group agreed to extend the agreement until the end of next year, instead of its current end date of April 2022, to make room for maneuver in the event that the global recovery is hampered by new strains of the virus.
Prior to yesterday’s agreement, Riyadh and Abu Dhabi were among the direct supporters of increasing production, but at the last minute of the previous failed meeting, the UAE opposed Saudi Arabia’s proposal to extend the supply management agreement until December. 2022 if it did not receive a higher production quota.
To settle the dispute, OPEC has agreed on new production quotas for a number of members, including the UAE, Saudi Arabia, Russia, Kuwait and Iraq, but starting in May 2022. The adjustments as a whole add 1.63 million barrels per day to deliveries, according to Reuters calculations.
The base level, at which production cuts are calculated, will increase for the UAE in May to 3.5 million barrels per day from 3.168 million barrels per day at present.
The base level for Saudi Arabia and Russia will also rise to 11.5 million barrels per day from 11 million at present, and for Iraq and Kuwait with 150,000 barrels each.
Prince Abdulaziz said the base level for Nigeria and Algeria would also be adjusted. Analysts believe that competition for shares is at the heart of the dispute between OPEC member countries, as Gulf countries are trying to take advantage of their enormous oil reserves while having the beginning of the end of the oil season.
Disagreements between Saudi Arabia and the Emirates, who were close allies, are usually resolved behind closed doors and rarely appeared in public, as has happened recently.
The rare public dispute between Riyadh and Abu Dhabi sheds light on two different paths followed by the two close allies in many constituencies, with the intensification of economic competition between them in recent years. Analysts saw it as an indication of the intensification of new economic competition between the two countries in light of the major change that Saudi Arabia is witnessing.
On the other hand, Russian Deputy Prime Minister Alexander Novak announced yesterday that his country will increase oil production in the second half of the year through a new agreement reached by the OPEC + group. He said that from next August onwards, Russia will start increasing its production per month by 100,000 barrels per day, in order to reach the pre-crisis level in May 2022. He added that this year and next Russia will still have about 21 million tons oil will produce.
He told TV channel Rossiya 24 that his country’s budget revenues would increase by 400 billion rubles ($ 5.4 billion) through the new agreement, based on an average oil price of $ 60.

On the other hand, Iranian Oil Minister Bijan Namdar Zanganeh said in television statements that OPEC and its allies “should pay a lot of attention” to Iran once US sanctions on Iranian oil exports are lifted. “The sooner Iran can return to the market, the better,” he added. It is noteworthy that Iran, like Venezuela and Libya, has no specific share in OPEC production.
The minister, whose term is coming up soon, said the priority of the next Iranian oil minister, who will take over after the third of next month, should be part of the country within OPEC, following the organization’s decision on Sunday. was issued to increase oil production,
Zanganeh added: “Those responsible for prices on Iran’s return are the same countries that took the opportunity – when Iran did not produce – to produce more instead, and this point needs a lot of attention.”

How can you delete the last 15 minutes of your search on “Google” with one click? – Our lives – destinations

Haaland: “The Other Heavens” made me lose the “source of funding”! – of the Union