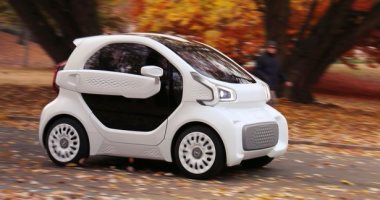 The International Energy Agency (IEA) said that electric vehicles and more rational fuel technologies will reduce more oil demand by 2040 than expected, but the world could face a supply crisis without sufficient investment in new production.

The Paris-based agency predicted oil demand would peak before 2040 at the 2018 World Energy Outlook.

"According to the new policy, demand in 2040 was adjusted to more than a million barrels a day compared to last year's expectations due to rapid growth in the short term and changes in US fuel consumption policies.

"The efficiency standard is more important to curb the growth of oil demand, as the efficiency of non-electric fleets is expected to decrease by more than 9 million barrels per day in 2040.

With demand expected in developed countries expected to decline by an average of 400,000 barrels per year by 2040, the increase in world oil demand will lead to economic growth in developing countries, particularly in China and India, the IEA said.

Following that year, the IEA expects US oil production to decline and OPEC's market share to rise from 30% to 45% by 2040.

The FDA said it will need new sources, whether or not demand has increased.