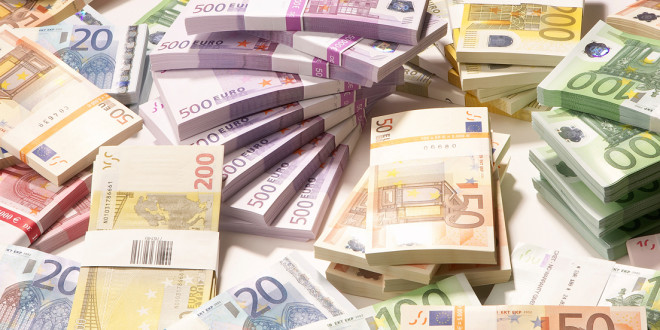 The Czech investment company Black Duck Invest has now fulfilled the obligations included in the share sale and purchase agreement with JSC Olmafarm and transferred the purchase price for 42.5% of JSC Olainfarm shares – 30 million euros – to the bank’s current account in compliance with the terms of the agreement. business representative Vojteh Kačena.

In accordance with the laws and regulations of the Republic of Latvia, Black Duck Invest sent a notice to the Financial Capital and Market Commission on 6 October this year regarding the purchase of a significant share in JSC Olainfarm.

This means that Black Duck Invest has acquired all rights in connection with the acquired shares and the rights arising therefrom, including the voting rights at the shareholders’ meeting of JSC Olainfarm.

Kačen said in a press release that although the agreement stipulated that the shares should be transferred first and then regulated accordingly, the investment company decided to make the transfer for a number of reasons.

“We are currently making this transfer for two reasons. First of all, we want to make it clear that Black Duck Invest has all the necessary financial resources at its disposal to pay for the purchase agreement and then to make all the necessary investments in the development of Olainfarm. Secondly, the actions we are seeing from both Olmafarm’s branches and Repharm at the moment show that the other party is not waiting for a final court decision on the validity of the contract and has taken steps to make the procedures irreversible in the event of a unfavorable judgment. ., ”Emphasizes Kačena.

This is also confirmed by lawyer Mārtiņš Kvēps, who points out that there are currently attempts to change the status of Olainfarm shares, which may make it impossible to pursue the agreement in the future.

The current actions of Olmafarm, Olainfarm and Repharm show that they are not waiting for the judgment of the Czech court. We are confident that the ruling will be in Black Duck Invest’s favor, but negative for the other party, which is why steps are currently being taken to change the status of the shares. If this is done, but the court decision is in Black Duck Invest’s favor, then the terms of the agreement are no longer enforceable, “explains Kvēps.

In connection with the change in the status of the shares, Kvēps cites an example that JSC “Olainfarm” is considering the possibility of stopping the listing of the shares on the stock exchange, as well as the management processes of the company and the procedure for quorum decision-making.

It has already been announced that the Czech international investment group BHM Group intends to invest 50 to 100 million euros in Olainfarm as part of its “buy, build, develop” development strategy. While Repharm announced in late September that it was “actively seeking additional capital and investors”.

“BHM Group and, therefore, Black Duck Invest are fully equipped with both equity and, if necessary, we can quickly raise bank funds to successfully develop a company like Olainfarm,” said Kačena.

In addition, Kachen reminded them that the BHM Group aims to strengthen long-term cooperation with other companies in the group, build strong, important synergy groups and provide added value over several generations.

In April of this year, Black Duck Invest signed an agreement with Olmafarm for the purchase of 42.5% of JSC Olainfarm shares. Although the contract was legally signed and could be proved by both the time stamp of the electronic signature and an extract from the notary register in the Czech Republic, the new board of Olmafarm refused to fulfill its side of the contract. On the contrary, false information about the BHM Group’s Black Duck Invest is being disseminated publicly and, in dubious circumstances, criminal proceedings are being instituted, thus discrediting and damaging the reputation of international investors.

Black Duck Invest is part of the Czech international investment company BHM Group. The Prague-based BHM Group invests in a variety of innovative companies and projects throughout Europe. At present, the group’s equity is more than 600 million euros, it is represented in more than 20 countries, it has more than 30 active investment projects, the total value of assets is more than 1 billion euros. According to the group, the group has more than 1,500 employees.

DALIES with this message with your friends and colleagues on social networks Twitter, Facebook and LinkedIn, forward the message via WhatsApp, or print the article if you want! (Use the buttons below.)