The universe is echoing and trembling – Kookmin Ilbo 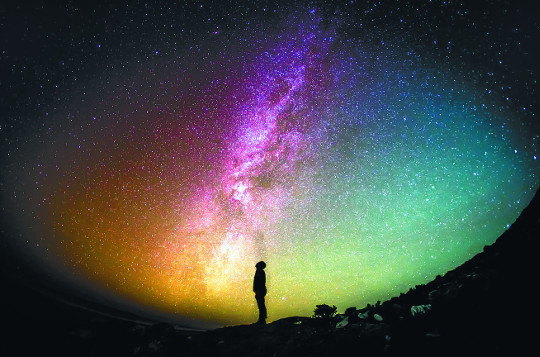 This anecdote appears in Cosmic Connections, the first mass science book published by astronomer Carl Sagan (1934-1996). He went to dinner with a publishing planner and a Polynesian restaurant in Boston, USA. "You will soon be asked to decipher important messages." Could it be a coincidence? In fact, he became a bestseller for Cosmic Connection, and his successor, Cosmos, became a long-established astronomical bridge, connecting the Earth and outer space. People love him more.

However, the person who received the "request to decipher the important message" would not be the only one. Many scientists who are shining like stars around the globe are still struggling to gauge the order of the universe or to inform people of the order.

Kim Sang-wook (48) can not be overlooked if one of those who plays such a role in Korea is cited. He is a professor of physics at Kyunghee University, and he has recently become a scholar familiar to the public by appearing on the TV program 'Alleyshin 3' (tvN). 'Tremble and Reverberation' is a beautiful and lively public science book he published.

"The universe is trembling"

Let's start by talking about the title. Why did he mention the words 'trembling' and 'echoing'? The reason is that these two keywords can explain the mechanism of the universe.

The author says, "The universe is trembling. All the stops are trembling. " The problem is that this is not a literary investigation. The table in front of you and the books in the bookshelf are also in the movement of Jeongkungdong. Observation with an electron microscope can give a slight vibration to everything.

When the vibration is long, it becomes a wave. The wave makes the world. All waves and sounds are waves. So why is the word 'eolim' in the title side by side?

"Humans are echoing. We react with a lot of trembling in the surroundings. … We want to be a person who responds to the trembling of others. My echo is another shiver and I want to be rewarded with a new echo. Humans are so echoing and trembling. "

It is a work that can feel the intellectual pleasure if everybody thinks that it is hard but it does not have a lot of contents. It is thanks to the authors' ability to show off the tricky content in a literary style. The author wrote, "I wrote in the hope that physics would look human," and wrote, "I tried to tell physics through the feeling of humanities." That goal seems to have been achieved steadily. It is rigid and concrete enough that there is no question of whether a scientist writes any questions or not.

The stories in the book are not really playful. Scientifically closely scrutinized every kind of Gotham theory that would be mentioned by famous thinkers of the East and the West. 'What is time?' 'How many spaces is space?' 'Death is something,' 'How does the world work?' … .

It is also impressive that the reason why the world exists. To explain why the world exists, we must explain the beginning of the universe. Physicists think there is a "starting point" of the universe, which is the big bang. However, this does not mean that the universe was born while "banging" the space. Before Big Bang, there was no empty space itself. Why is the big bang theory convincing? That's the observation that the universe is expanding steadily. This result can be obtained by tracing the path of the light that comes from the past. To answer the question, "Why does the world exist?", You should be able to explain why the big bang happened. The author concludes the story of this question by introducing a sentence in Stephen Hawking's (1942-2018) masterpiece, "The History of Time."

"If we find the answer to the question of why the universe exists, it will be the ultimate victory of human reason. Only then will we know God's heart. "

The world of science

Let's recall the remarks of Albert Einstein (1879-1955). "God does not play backgammon." The very essence of this statement is that everything has a set of principles. If so, is there a "determined future"? The problem is chaos. There are complicated movements in the world that are hard to predict. If so, is there no answer that human beings can enjoy? Science is eventually a study of agnosticism.

In conclusion, we have a weapon of mathematics. Science is "dominated by the rule of probability." If you throw a '1' when you throw a die, you can not understand why this number came out, but you can see the possibility of a '1'. We can solve many difficulties with a simple add / drop system.

"Mathematics describes nature in an incredibly accurate and efficient way. … The physicist believes that even if he meets an alien, he can communicate in mathematics. I do not know if the universe is really used in mathematics, or if we can only understand the world in terms of mathematics, but without mathematics there is no physics. "

The universe moves according to the formula. One day is 24 hours. One year is 365 days. If you drop something on the earth, it falls 4.9 m per second. But there is no particular reason for the appearance of '24' '365' '4.9'. The same goes for other scientific laws. However, human beings hand over the meaning of something to the back of science. We think that human beings appeared in this world, dinosaur extinction, and sharing love.

The author wrote, "Human beings give meaning to the meaningless universe and live." "Even though meaning is only a product of imagination, it is human to live like that. I do not know what happiness is, but it is people who try to live happily. Man enjoys the meaningless universe happily, enjoying the imagination that he made in his system of imagination. So the human being is more wonderful than the universe. "The white paper of this book is that it draws the world of science without being so cold.