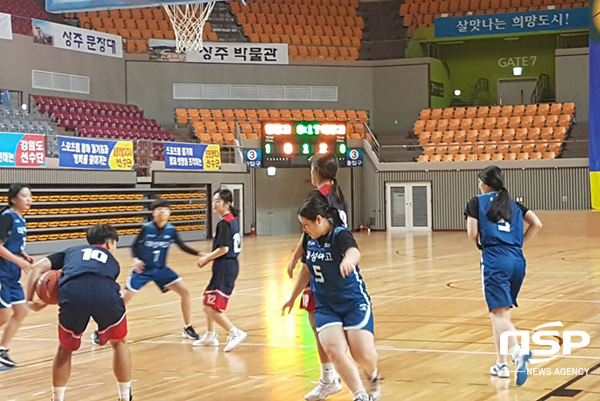 On the first day and the second day of the competition, the division league will be played, and the teams that have passed the league from the third day will play the quarter-finals.

In order to prevent excessive competition, the national school sports club competition has not been listed on the standings team, instead, a commemorative medal was awarded to all the participants and a fair play team (first, middle, and one team) was selected. .

Therefore, the Gyeongbuk Provincial Office of Education, which hosts the competition, provides a lot of sightseeing and enjoyment by operating various experience booths, rather than merely game-oriented ones.

The National School Sports Club Tournament is the 11th time this year, with over 20,000 athletes and executives participating. From the 10th tournament, the 24 schools in total are distributed to 16 cities across the country.

The final match of the basketball tournament held in Sangju, Gyeongsangbuk-do will be broadcast live on the internet, which can be viewed through KBS my K app.

Yang Jae-young, director of physical education and health, said, Passion for dreams! Hot impression! We will do our best to hold a safe and successful competition with the slogan "Happy basketball festival with everyone."