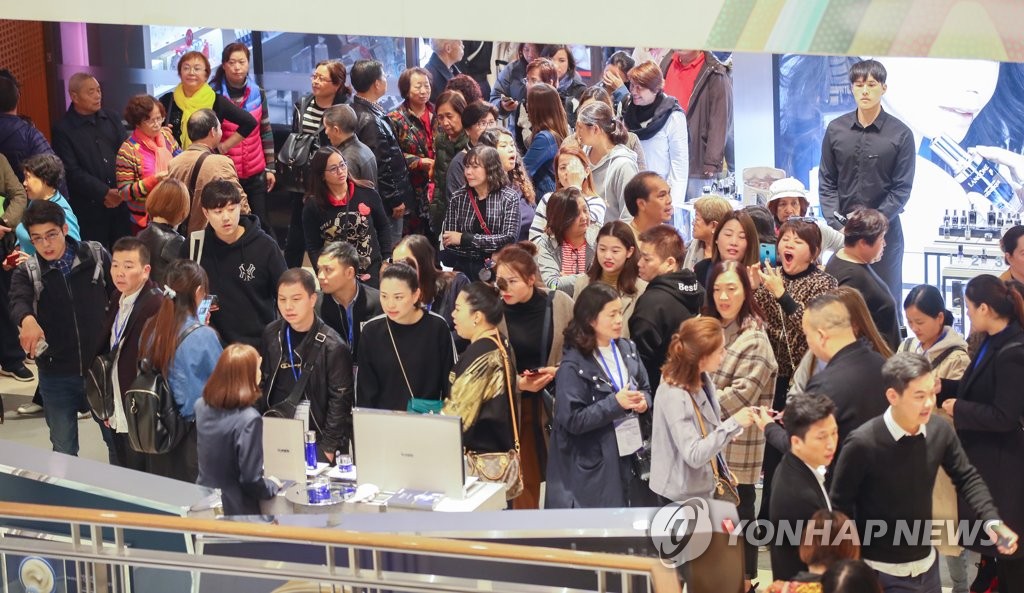 Citigroup, the largest online travel agency in China, resumed sales of group travel products on its Web site on the 14th. The Chinese authorities have decided to lift the ban on the online sale of Korean travel products that have been maintained since the deployment of the US Army's high-altitude missile defense system (THAAD, SAD).

Citigroup decided to sell Korean travel products after contact with Chinese authorities on the morning of the day, and posted related products on the homepage from the afternoon. As these facts began to be reported through the Korean media, CitiLip took all the Korean products off the homepage again in a few hours.

A source from the tourism industry said, "The Chinese authorities decided to allow the resumption of sales of group travel products in Korea, but it seems that the authorities ordered the authorities to take off the homepage once the Korean media got the attention." Other sources in Beijing also said, "China has confirmed its position to resolve the restrictions on travel to Korea, but it will take more time."
Ctrip is an online travel agency with a market share of 50% in China, especially 2030 households. When CitiLip starts marketing Korean products in earnest, it is expected that Chinese tourists visiting China will surge. On that day, Cit Lip has posted more than 20 travel products such as Seoul and Gangwon on its homepage.

The change in the position of the Chinese authorities comes at the expense of the fact that it came after the meeting of the Korea-China-Japan Tourism Minister in Suzhou at the end of last month. It is interpreted as a sign that China will gradually resolve the Sad retaliation against Korea, which prohibits the sale of group travel products. Earlier, the Chinese authorities allowed the sale of Korean travel products through off-line dealers in Beijing and Shandong province at the end of last November, and then allowed Korean goods to be sold to Shanghai and Jiangsu province in August.

China has banned the sale of Korean group travel products for one year and eight months since March last year in protest against the Sad deployment.

Related industries such as domestic travel agencies, duty free shops, and hotels, which have been suffering from the decline of Chinese tourists in the meantime, expect the eucalyptus (specialists of tourists and tourists) to be reproduced. However, even if online sales are allowed, it is pointed out that it takes more time for China to completely solve the Korean travel sanctions, as the `3 $ 'ban (prohibition of Lotte, cruise prohibition, An official from the duty-free shop industry said, "Charter flights and cruises must be released before Chinese tourists will increase in earnest."