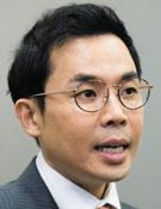 Sung Min-seok (48, ·), a star lecturer who had a controversy over the 33 representatives of the nation who read the Declaration of independence during the March 1 movement,Picture) Was ordered to pay 14 million won to the independents' descendants.

The 25th Division of the Seoul Central District Court civil affairs ruled on the plaintiffs claiming that "Sul-ssi should pay a total of 14 million won for 250,000 to 1 million won" in 21 cases of 18 descendants of 33 people including Son Byeong- .

The judge judged the statement saying that most of the national representatives turned to pro-Japanese in the 1920s. The judge said, "Most of the national representatives have continued their independence movement even after they have gone to jail with the March 1 Movement, and this situation has been taken into consideration, (Sul's allegation) has been proven to be false. "

The court accepted most of Mr. Sul 's claim that he went to room – room, ran in the daytime, and rushed to send a taxi instead of rickshaw. However, he said, "I am responsible for damages because I have suffered emotional distress to Jeong and others because he is an insulting person and is scorned, scorned, and mocked more than necessary."

The judge said, "Mr. Sul is lecturing from a critical point of view, and even in the process of explaining the fact that the general public can easily understand historical facts, it is necessary to deviate from the scope of legitimate criticism of history, And illegal acts that infringe the feelings of memorials. " However, the judge said that Sul had calculated his alimony considering that he received the point of his descendants and corrected or deleted the books and related images.

In a lecture in the year of 2013, Sul-soo said, "There is the first room saloon in Korea called Taehwagwan. (33 people in the national independence movement in March, 1) It was.

Sul-soo said, "Madame Joo-kyung (national representative) Son Byeong-hee has come up with the reason why ethnic delegates gathered at Taehwa-kan, which is a high-grade livelihood house." "I do not know if the madam has come to say that she will give me a D / C "When they sent rickshaws, they said," Let me get a taxi. "" I do not know what to do, "he said, "He said.

Sul-soo said, "In contrast to my intention, when the controversy over the 33 national representatives in March of last year was expressed, I will be satisfied with the scolding that there was too much expression that would hurt my bereaved family in the process of explaining the case. I applaud you, "he said.

"I just wanted to spread the word about the noble death of the masses who were not recorded in the history and efforts of many students who fought against Japanese imperialism at the time," he said.