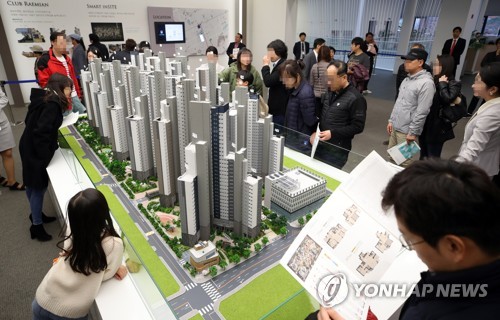 House prices in Seoul rose by 10 percent this year, the highest in 10 years. The province fell for the first time in 14 years.

According to the Bank of Korea's Economic Statistics System on October 11, the Seoul home sales price index rose 6.0% from the end of last year as of October.

In particular, the rate of increase in apartment prices in Seoul this year is 8.2%, similar to 10 years ago.

Monthly house prices in Seoul rose by 1.2 percent in September from a month earlier. In October, the rate of increase was 0.6%.

The main metropolitan area was stronger in October.

Last month, Daegu's housing price increase rate rose 0.5% month-on-month from 0.4% in September. It was the highest since November 2015.

House prices were up 1 percent this year. The rate of increase is lower than the same period last year (1.2%).

Ulsan (-0.7%) and Gyeongnam (-0.4%), which had a bad economy due to the restructuring of the main industries, continued to decline last month.

The recent surge in real estate prices in the Seoul metropolitan area has put pressure on the Bank of Korea to raise interest rates.

Prime Minister Lee Nak-yeon and Minister of Land, Transport and Tourism Kim Hyun-mi mentioned the necessity of raising interest rates on real estate. Within the Monetary Policy Committee, there is also a sense of real estate trends.

According to the minutes of the MPC meeting last month, a MPC raised a 0.25 percentage point rate hike, saying, "The leverage extended from the low interest rate continues to accumulate in the real estate sector and the effect of driving up demand pressure has gradually decreased."

"It seems that the incentive to make up for the shortage of old-age funds due to the rapid aging of the economy in a short period of time through leverage has led to the acquisition of real assets and the pursuit of profit by rising prices," he added.

"I think the low interest rate trends over the past few years have affected some of the increase in household debts and the rise in real estate prices in some areas along with easing regulations related to real estate," said KNCC.

In the meantime, Han said, "Some believe that uncertainty is high," indicating the effect of the September 13 real estate measures.

According to the BOK, the BOK said, "Loan regulation will have a strong effect on demand, but fundamentally it will be stabilized if price hike expectations disappear."

The BOK said, "It is difficult to conclude that the unstable factors have disappeared unless the economic agents' perceptions of the sustainability of the policy effect have changed, as housing prices have temporarily stabilized since the past real estate measures,

The BOK added, "Historically, housing prices have been steadily declining in the face of continued growth and low interest rates."

However, the MPC has another interpretation regarding the recent rise in real estate prices.

One member said, "The recent surge in apartment prices in some metropolitan areas seems to be more strongly triggered by the differentiation of housing prices by region and by type." He said that monetary authorities can not respond to fluctuations in asset prices.

The demand for new apartments in the metropolitan area is growing, which seems to be the main reason for lack of supply.

"If the rise in national asset prices along with soaring debts lasts for a long time, it should be noted that future price adjustments can have a minor impact on the financial markets and the macroeconomy," he said. It was a preview.