Apple does not make video games, but games make the most money 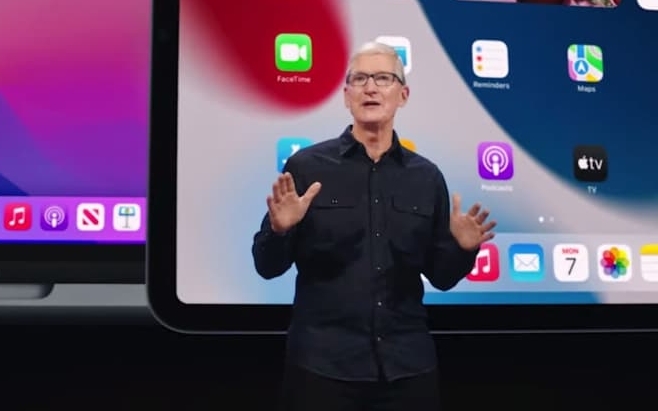 Apple does not make popular video games like Fortnite or consoles like Microsoft’s Xbox, but Apple CEO Tim Cook used the iPhone as a weapon to make the company the largest video game company in the world, according to Reuters. Foreign media reported on the 2nd (local time).

At the core is the App Store, where thousands of games are sold and distributed by other game companies and developers, from Epic Games ‘Fortnite to Tencent Holdings’ Honor of Kings. Apple earns 30% of its game sales in the App Store as commissions. That explains a lot about Apple’s current legal battle with its rivals.

In 2008, the year the App Store was launched, there were 500 apps, many of which were games. Apple’s gaming revenue grew as the app economy expanded. Currently, there are countless games running in the App Store.

Apple made more games than Xbox maker Microsoft, gaming giant Nintendo, Activision Blizzard, and PlayStation maker Sony. Apple’s operating profit from games last year was $ 8.5 billion. It is more than the combined revenue of game operations of the other four companies in the same period. Apple claims that the size of the business profits discussed in the lawsuit is incorrect and that the figure is too high.

From socializing to shopping to live events, many digital activities can take place within games in the future. According to forecasts by technology consulting firm Activate, the sector’s revenue from video games in 2024 will almost double what it was in 2016, reaching $ 198.0 billion. The bulk of this growth will be mobile games, with Activate providing $ 203 billion in revenue from mobile games by 2024.

Of course, Apple’s dominance in gaming is threatened. It is in conflict with Facebook, Microsoft, and Epic Games. Most of the developers are on the side of Epic Games.

Apple’s biggest risk is that its role as a gatekeeper between the gaming world and its more than 1 billion iPhone users, as well as the fees it receives as an arbitrator, could be disrupted by legislation, court orders or regulatory action. The court battle with Epic Games is an unforgettable battle.

The lawsuits and investigations of Epic Games over Apple’s dominance have put Apple in trouble, not only in the US government and Congress, but also in the EU.

Another threat to Apple’s bottom line is regulation from China. China has recently taken measures to reduce the time that young people can play with violence. According to analytics firm Sensor Tower, three of the top five mobile games in the Apple App Store are Chinese games. Tencent’s number 1 title, ‘The Prince’s Song’, would have generated about $ 2.5 billion in user sales last year.

According to Sensor Tower, in fiscal 2020, customers spent a total of $ 45 billion on mobile games through the App Store. Of these, nearly 31% occurred in China and 26% were in the United States. Apple’s revenue loss due to Chinese regulations is estimated at $ 13.5 billion.

However, game sales through Apple’s App Store are so high in added value that they are almost reflected in net profit. Epic Games legal adviser Ned Barnes analyzed Apple’s court actions and estimated that the Apple App Store’s profit margin would reach 77.8% in fiscal years 2018 and 2019. Sensor Tower also estimates that Apple will raise $ 15.9 billion in app store in 2019, 69 % of it came from games. The majority of app store revenue comes from games, Cook admits.