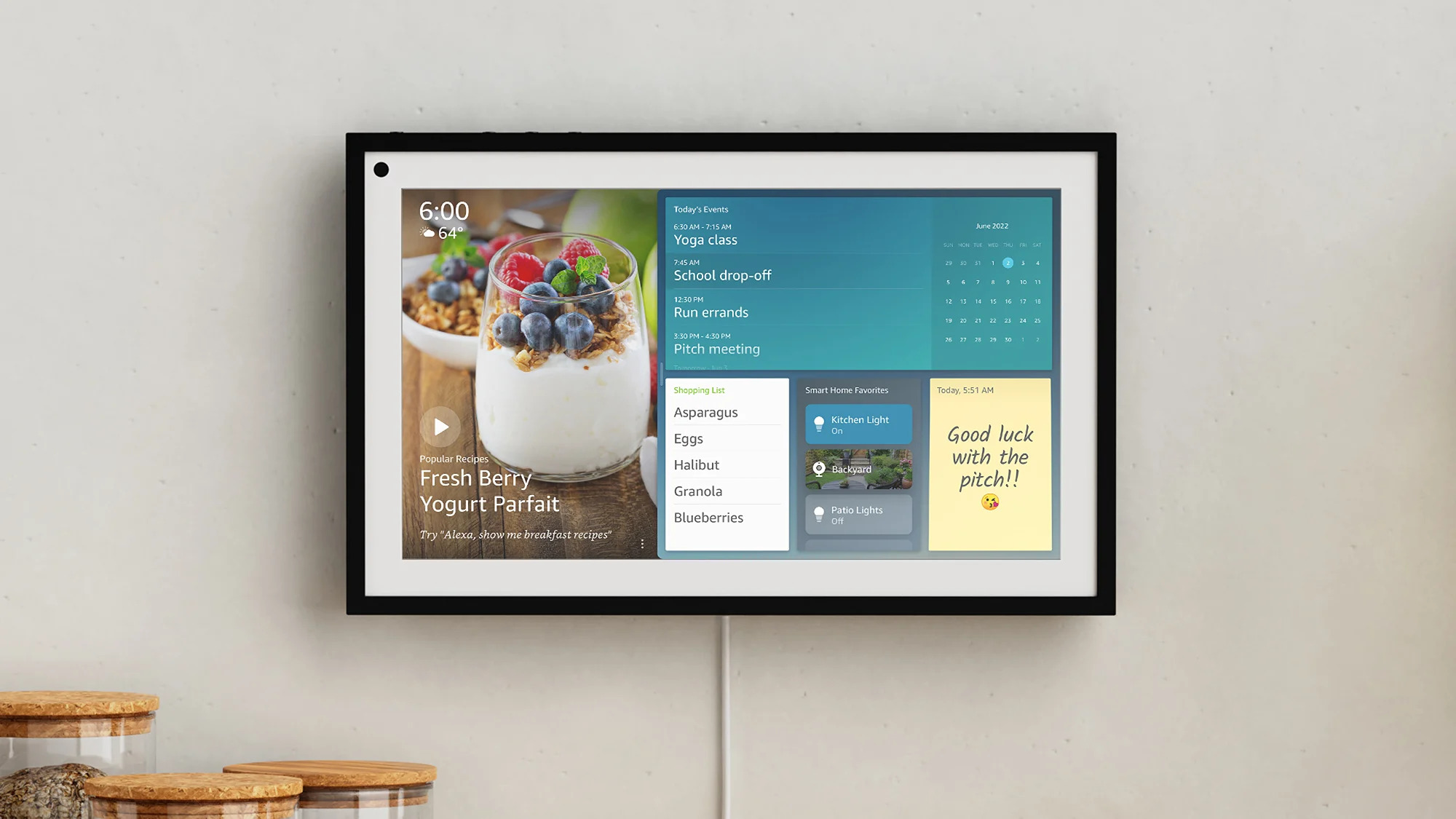 “Echo Show 15” was announced abroad at an event held by Amazon in the early hours. (Addition) Scheduled for release in Japan, the price is 29,980 yen including tax.

Echo Show 15 with a 15.6-inch 1080p display looks like a “ghost of a smart display.” It supports both horizontal and vertical orientation, and can be used by installing it on a wall or stand.

Amazon has also redesigned its home screen to coincide with the Echo Show 15. In addition to the traditional headline and weather view, you can now view the Alexa widget. By customizing the widget, the user can use the machine as a multifunctional electronic bulletin board for the family.

Widgets include apps like calendars, shopping lists, place notes, to-do lists, reminders and more. The “What to Eat” widget contains recommended recipes as well as pages for sharing Allrecipes and Epicurious cooking recipes, as well as restaurant delivery information.

We will also provide widgets that can serve smart home devices. For example, if you choose a smart camera, the live camera will be displayed in a picture-in-picture format, allowing you to watch over the kids in your room while you cook dinner. There is also a widget that allows you to check the delivery status of your package.

These Alexa widgets are also available on other Echo Shows, but they will not appear when you swipe the screen. On the other hand, the difference is that the Echo Show 15 can be displayed on the home page,

If you do not want to see personal information, such as calendars, you can also use the photo frame mode, which only shows photos and artwork. The microphone and camera have an ON / OFF switch, a shutter that handles the camera physically is also built-in, and the recorded voice can be checked and erased at any time, taking into account privacy.

It also has a face recognition feature, and by recognizing a face, you can not only view shared information, but also personal schemas and memos. This allows you to display sticky notes that can only be viewed by specific members within a group, for example. By registering your child’s face, you can display content for children.

Another unique feature is the sound learning feature. For example, if you learn a beep that sounds when the refrigerator is open, the Echo Show 15 will recognize it and inform you to close the refrigerator door. It is especially handy for people who are hard of hearing because you can hear various alarm sounds in the house, such as refrigerators, microwaves, washing machines, and doorbells.

The Echo Show 15 is equipped with Amazon’s AZ2 Neural Edge processor, which enables the above face recognition and sound features on the device.

The Echo Show 15 will be available in 2021 in the US. The stand and wall mount are sold separately, and their prices have not been decided.

* Engadget Japanese version may receive affiliate reward from the link in the article.