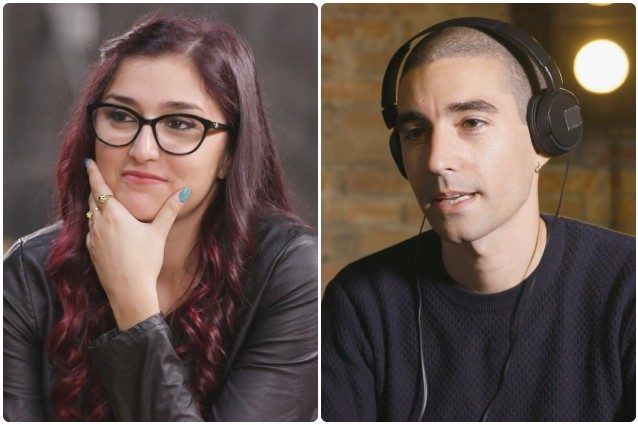 It ended Marriage at first sight Italy 3, the social experiment produced by NonPanic Banijay for Discovery Italia, with “The final decision“. The pairs formed by Fabio and Clara, Salvatore and Santa, Francesco and Martina, they told the three experts whether they should stay together or ask for a divorce. The special “…And then”, Where you will find out what happened a few months after the final choice.

The average of these season 2021 was 695,000 viewers and 2.7% share with a record in episode 7 of 849,000 viewers and 3.2% share, confirming among the most viewed titles of the entire Discovery Italia portfolio. Fanpage.it met the 27-year-old exclusively Santa Martial of San Giovanni La Punta (Catania) that with Salvo could not resist since the honeymoon. The couple actually broke up immediately and divorced.

Couldn’t the experts choose Salvo as your potential man?

More than anything else, they thought my imaginative and childlike character could be combined with a deeply rational soul like that of Salvo. Two dimensions that could help each other, but they did not.

Your couple started off well the first few days, then literally broke out. Was there a lack of physical attraction?

I am very sorry that the matter of physical appearance has been passed on. In fact, I put all my doubts aside, so much so that I was very relaxed in the early days, even though there was no ‘wow’ effect on the wedding day. Let me be clear that I believed it. But then he went too far …

He made jokes that he thought were light. I actually lacked respect. His way of being pregnant, his nervousness, his uncomfortable and insecure ways that I linked to his reaction to the novelty of the moment, then I understood depending on his true nature.

What jokes did Salvo make you?

The day of the first meeting with the experts, after the honeymoon, during an exercise that Fabrizio assigned us, Salvo touched my abdomen to indicate the part of the body he did not like. I was surprised because I have always been honest with him and told him that he was not my type, while he was not honest until then. In fact, he said to me, ‘You think you’re the only one who has expectations that have not been met, that’s not the case. I asked for a person who had an athletic physique ‘, I replied that I had been dancing for 20 years and he smiled: ‘Yes, yes ballet‘. I was very overwhelmed because I always had a conflicting relationship with my body and among other things that was a sad day for me because my best friend’s mother was dead, he knew it. In short, everything was wrong, manners and times.

Who is the real saint?

What you saw on the broadcast is not the real Saint. I could not be myself with him. I counted to ten not to answer.

You have been criticized a lot on social media, did you expect it?

I do not reflect myself in the woman who was shown on TV. All that was said to me did not strike me at all. People say I’m spoiled, but on what basis? Every father would want the best for his children. And then I’m rough for what? I never answered Salvo that it was very difficult with me. I’m sorry a Salvo came out that is not something I have experienced.

Can you tell us who Salvo really is?

A man with a very negative, very heavy attitude who does not know the importance and weight of words. I am sorry that he said false and bad things about me in the confessions. Like for example the fact that I always sat on my cell phone …

Was mobile attachment a way to escape the situation?

No. As you can see in the car, I just used it to search for music or information about places we had to go. Then I suffered from car sickness. Impossible that I was with the phone in my hand the whole time. When we got to the breaking point, it’s true I used it, but to send messages.

Actually, your comparisons were weak though, why?

He scolded me. Once he said we never talk, then he said I was all about myself. I went haywire because of these conflicts and I even asked for a confrontation with Nada.

The experts used critical words against you, what do you think?

I was a little disappointed because they said things about me during the broadcast, but in our private interviews the tones were different. My arms dropped when Fabrizio accused me of being a princess or when I was accused of always looking at my cell phone.

But you said several ‘no’ and this may not have helped the couple. You refuse a bouquet of flowers because you associate it with the cemetery …

Semantic association happens in every brain, I see nothing wrong with it. I associate flowers with a dead thing. I do not like them. Salvo knew this since his marriage. Away from the cameras, I said to him, ‘But did you do it to me on purpose? ‘. He did not listen to me and did not try to meet me. Like when we did the video call to my dad.

The famous video call was much criticized in which your father advised Salvo to win you over: from the gift until dinner. Did Salvo not take it well?

In fact, it was Salvo who wanted the video call because we were having lunch with my family and he absolutely did not want to. It was he who said no, that we were trying – with difficulty – to find a compromise.

During the final decision, you forcibly removed the ring, accusing Salvo of ‘throwing mud at you’, why?

He did it, he had called my father’s call. Many of my silences were strongly desired not to explode in Sitara (protagonist of the second edition of the social experiment, ed). I was naive, but he was very smart. For the cameras he was looking for a contact, but when the lights were turned off he was a stranger.

Many were shocked by the famous night in which Salvo says he was sick and you acted like sleeping … What actually happened?

That night I just heard him get up and then go back to bed. Our room was on two floors. I had not heard her cry below. When he came back I told him that there was no reason to cry for me, he confessed that he actually collapsed because he had an argument with another person.

Do you really have nothing to blame yourself for?

I always acted according to what I felt then.

Who is your ideal man?

A person who is ready to listen who does not point the finger at anything. Sunny and cheerful.

Francesco and Martina remained married, Clara and Fabio broke up badly. Did you expect it?

I spoke to Clara during one of our meetings and I felt that something was wrong. Instead, Francesco and Martina’s feelings were clear.

connection between faxes for rare faxes. Women under 50 are at risk