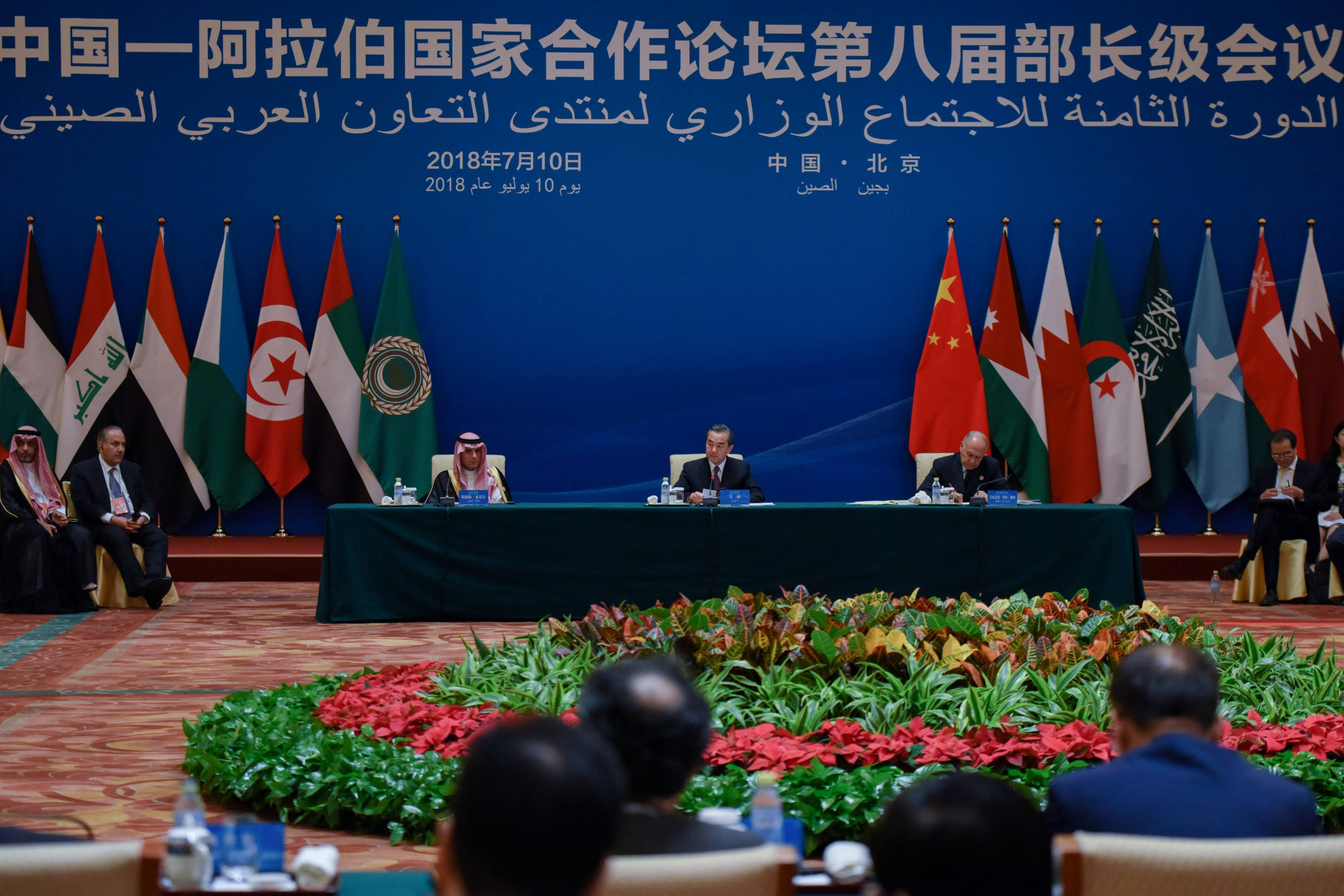 China has cheered in a recent poll showing that the nation’s favoritism was about twice that of the United States in six Arab countries.

The study was published last month by the Arab Barometer research network and includes data collected from last October as part of the “Wave VI” research series. It covers Algeria, Jordan, Lebanon, Libya, Morocco and Tunisia.

“The results of the survey make it clear that the Arab public prefers China,” said Michael Robbins of Princeton University, director of the Arab Barometer, in his report on the survey.

“China is favorably seen by half or more in three countries – Algeria (60 percent), Morocco (52 percent) and Tunisia (50 percent) – while a third or more have a positive view of Lebanon (43 percent), Jordan ( 35 percent) and Libya (34 percent), “he writes.” By comparison, less than a third have a favorable view of the US in all six countries, ranging from a peak of 28 percent in Morocco to a low of 14 percent in Libya. “

And while both Hua and Robbins noticed this trend, they did not necessarily agree on the driving factors behind it.

Hua attributed positive views against China in the region to a warm history, both ancient and contemporary.

“Although geographically far away, China and the Arab countries are close to the heart,”
Sei Hua. “The ancient Silk Road is a testament to our prosperous trade. We have fought side by side for national independence and liberation. We have helped and supported each other in our various causes of national development. China-Arab cooperation stands as a shining example of mutual understanding and common development between developing countries. “

She also referred to the massive amount of support provided in recent times during the COVID-19 pandemic. In the past year since the first outbreak of the disease in the Chinese city of Wuhan took the world by storm, Chinese officials have sent teams of medical experts, set up extensive information-sharing channels and vaccination programs set up in a number of Arab states and elsewhere otherwise across the globe.

More generally, Hua said that the peoples of the Arab world choose China “because the Chinese side adheres to the principle of non-interference in internal affairs, mutual respect and win-win cooperation for mutual benefit. “

They emphasize the well-known Chinese theme of “national sovereignty.”

“We firmly believe that all countries are equal, regardless of their strengths or weaknesses, and we support the efforts that the Arab states have made to uphold their national sovereignty and national dignity,” Hua said. “We trust each other completely because we have treated each other with nothing but sincerity and we have shared good and bad along the way. Such invaluable trust does not come with a price tag.”

The Trump administration has consistently accused Beijing of trying to expand its global influence to the ultimate detriment of the international community. But figures from the Arab barometer show this campaign is recovering, as the former US leader’s policy lost the approach of Chinese President Xi Jinping by even larger margins than those of national favor.

Biden’s proposed policy at the time of the poll also surpassed that of Trump in every country except Lebanon, in which Trump lost by only 1% margin, while a 42% majority felt that both U.S. presidents were “equally bad.”

When it comes to the similarities of China, Robbins said the figures had much more to do with the current steps of Beijing than its thousands of years of history.

“China is a new power in the region,” Robbins said Newsweek, “I think there’s a lot of hope that it’s a non-colonial power, it’s someone who comes in, and I think people put a lot of hope in it. It’s also an attractive model of development. It “Nearly a billion words of people have been out of poverty over the last 40 years, and given the economic challenges in the Middle East, there’s a lot to like about thinking about the Chinese model.”

That being said, he stressed that many of the investigators in Algeria, Jordan, Lebanon, Libya, Morocco and Tunisia did not have extensive knowledge of Xi’s policies, while they could more easily recite the statements made by Trump and his predecessors. .

Robbins compared it to the perspective of the region after World War II to the US, which, like China today, was seen as a relatively new player in which Arab countries project positive views, until actual involvement could lead to more realistic assessments. setting up.

“If you look at it here, ironically, it’s about the same thing you would have found about the US in the 1950s,” Robbins said. “This was not a popular power, this was not a well-known power in the region. Much has been written about how the US had high hopes that it was a non-colonial power, it could potentially come in and do great things. , and I think the same is true of China. “

He noted that Germany also outperformed the US in the field of austerity in Algeria, Jordan, Lebanon, Libya, Morocco and Tunisia, and did so against China throughout Lebanon. Others like Turkey went well in many cases as well.

As the global rivalry between the US and China has intensified in recent years, Chinese officials have often criticized the approach of their own country by citing abuses in the Middle East of Washington as evidence of malignant activities.

“Persistent wars in #Afghanistan, #Iraq, #Libya and #Syria indicate the #US effort and trouble-making,” Chinese Foreign Minister Zhao Lijian said in tweets in October, about the same time the poll of Arab Barometer was performed. “Who instigated the unrest in West Asia and North Africa? Who created ‘color revolutions’ in many countries? The answer is obvious.”

He then shared a separate survey conducted by the Doha-based Arab Center for Research and Policy Studies, which showed that more than 70% of those surveyed felt negative against US policy in the Palestinian territories, Syria , Iraq, Libya and Yemen, and more than 80% believed that this policy was destabilizing.

The Arab Barometer study also found that in all six countries surveyed, Washington’s economic power posed a greater threat to its distinct national interests than Beijing’s.

Xi’s Belt and Road Initiative, a global set of infrastructure projects that have expanded the geographical stretch of Chinese capital, currently covers all six countries surveyed by the Arab Barometer poll. It also includes the top two rivals of the Middle East, Iran and Saudi Arabia. China also has extensive investments in many other parts of the region, including both Israel and the Palestinian territories.

With China’s tightening ties in the Arab world, there has also been a willingness among regional leaders to uphold the “non-interference” principle espoused by Chinese officials, even over issues considered by some other countries to be matters of international importance, such as accusations of human rights. abuse in Hong Kong, Xinjiang and towards Taiwan.

At one point, the Chinese government insisted on respect for national “sovereignty.”