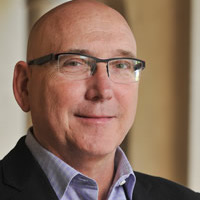 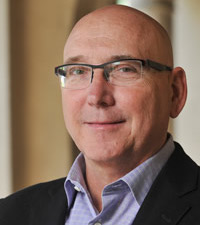 A new recommendation of Hepatitis B (HBV) calls for universal screening and faxing in an attempt to limit the potentially fatal illness of neonatal and maternal infections.

Earlier, the US Prevective Services Task Force (USPSTF) is presenting recommendations for screening HBV infection for pregnant women. However, new evidence shows that the 2009 recommendations should be updated to include serological tests for the hepatitis B surface antigen (HBsAg), which precisely identifies the potential infection.

The researchers, led by Douglas K. Owens, MD, also said that interventions and management are effective in preventing perinatal transmission and the 2009 recommendation for HBV screening effectively reduces potential infections.

The USPSTF also recommends HBV vaccinations for all infants, while delivering prophylaxis after exposure with hepatitis B immunoglobulin (HBIG) in birth to infants with HBV infectious mothers.

General recommendations include screenings performed during each pregnancy, ordered at the first prenatal visit, independent of previous previous vaccination history or previous negative HBsAg test results, while women with unknown HBsAg status should be screened with new as sustained risk factors. reception in the hospital as other delivery institution.

Treatment includes screening of all pregnant women and vaccinating babies born no HBV-negative mothers within 24 hours after birth, and completing the vaccination series within 18 months.
In HBV-positive mothers, case management would include HBV DNA viral load testing and referral to special care for guidance and medical management of HBV infection.

Current guidelines ask for HBV vaccination and HBIG prophylaxis within 12 hours of birth, while the vaccine series completes within 8 months and undergoes serological tests for 9-12 months of infection and immunity.

In a letter of inquiry that accompanied the recommendations, researchers from the Kaiser Permanent Center for Health Research in Oregon, led by Jillian Henderson, PhD, MPH, conducted a literature review on common databases with 5688 titles and abstracts and 499 articles in full text dated from 1986 in an attempt to find evidence of the effectiveness of HBV screening programs and management.

In one study, the team found 155,081 babies born to HBV-positive earmarked case management via the Perinatal Hepatitis B Prevention Program, which ran from 1994-2008.

The researchers discovered the outcome of management for 4446 babies born to HBV-positive women in the US from 1997-2010 in a second study.

In both studies, researchers observed low rates (.5% to 1.9%) of perinatal transfers, with time reductions.

It has often been the last 3 decades to screen pregnant women for HBV to identify women who are at risk of transmitting infections to their babies and providing timely deliveries of effective prophylactic interventions, usually via case management programs with evidence-based protocols.

A nationally representative sample found 85.8 cases of maternal HBV infection per 100,000 deliveries in the US between 1998 – 2011. Despite universal vaccination guidelines, maternal HBV infections increased by 5.5% annually since 1998. Currently, 26 states require prenatal screening by law.

HBV causes chronic infections in 80% to 90% of viruses with the virus, resulting in long-term and potentially fatal health complications, including cirrhosis, liver failure, hepatocellular carcinoma.

One of the reasons for the pressure of universal screening is because known risk factors are present only in 35-65% of HBV-positive pregnant women.