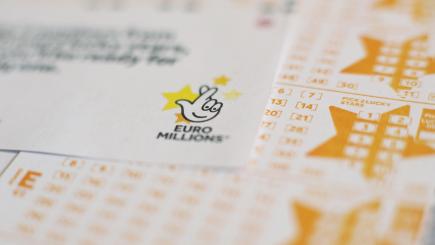 A lucky British franchisee has won a total of £ 76.3 million in prize money for Friday's EuroMillions.

The National Lottery encourages players to check their tickets to make sure they win.

"There are a lot of champagne that we celebrate long ago," said Andy Carter, Advisor to the National Lottery Winners.

This is the biggest EuroMillions win since Aberdeen's pair, Fred and Lesley Higgins, claimed £ 57.9 million in July.

The biggest British EuroMillions winner this year was an unnamed chip holder who collected 121 million pounds in April and another anonymous player in July was 77 million pounds.

Currently, the largest lottery prize in the United Kingdom comes from Colin and Chris Weir, Largs North Ayrshire, who earned £ 161 million in EuroMillions in 2011.

Mr Carter has said that he is buying a EuroMillions ticket and will help raise money for good reasons.

"On average, about GBP 30 million is raised each week in the UK for large and small projects, including funding from local community projects to preserve the nation's legacy," he said.