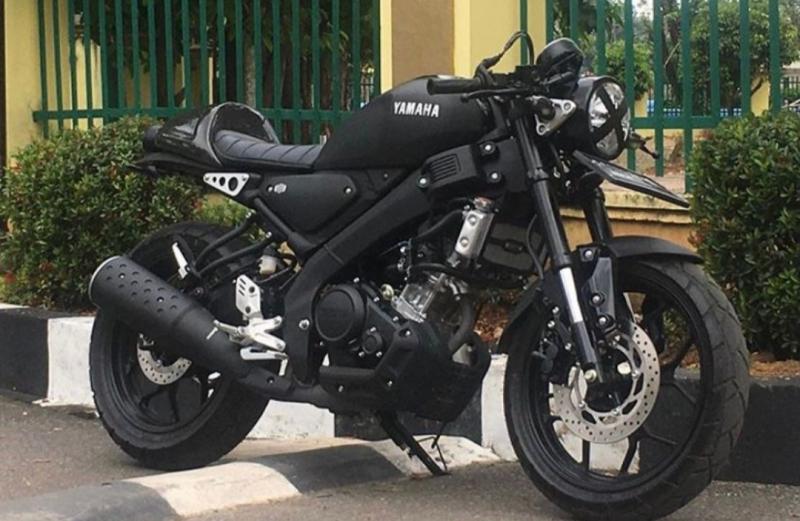 mobilinanews (Palembang) – Custom Lifestyle XSR 155 is distributed not only in Java but also in Sumatra. Especially in Palembang is the growing trend towards tracker and scrambler styles for the XSR 155 modification.

This was stated by Achmad Fadri Alfarezi, General Chairman of the XSR Brotherhood Indonesia (XBI) Palembang.

“Currently, XSR 155 users in Palembang tend to like custom tracker and scrambler styles. This style model can meet the need to appear while driving and is suitable for users who are mostly adults. Riding the XSR 155 creates a nostalgic atmosphere when traveling in the city of Palembang, or hanging out with biker friends of the XSR 155. I initially created a cafe-racer style and then switched to a tracker, “said Achmad Fadri Alfarezi.

The man known as Fadri revealed that the XSR 155 was his first motorcycle from the Yamaha brand.

“The XSR 155 is an engine that is different from the others. It looks impulsive and macho. And there are a lot of adjustments to choose from, “said Fadri.

Meanwhile, Dian Tito, a builder from Palembang with national achievements, said that apart from the tracker and scrambler, the consumer style of the XSR 155 consumer can also evolve into a cafe racer.

“This interest may grow because of the taste of XSR 155 users here who want to show this bike differently than the standard form. If there is a change race here, there is already one with the XSR 155 cafe racer. With this model, it is more used for walking, headdressing, sunmori or city tour at short distance, “explained Dian Tito. (wan)