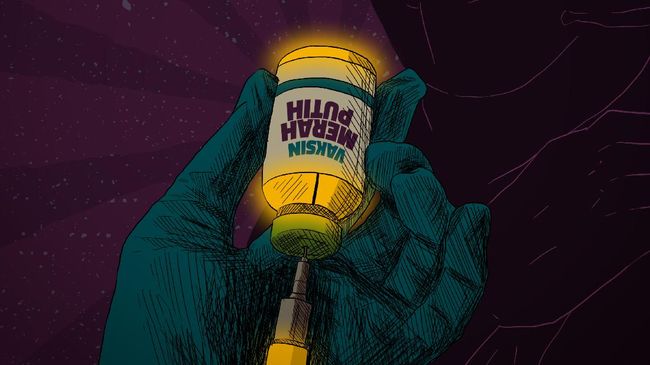 Jakarta, CNBC Indonesia – As many as 7 institutions in Indonesia are currently involved in the development of the red and white vaccine, 5 from universities and 2 from research institutions. Currently, the fastest progress is seen in research conducted by the Eijkman Institute, with the aim of handing over fax seed to PT Bio Farma in the first quarter of 2021.

“Of all timelines, it is as fast as possible from the Eijkman Institute. We and the Eijkman Institute have communicated together to develop recombinant protein. At Bio Farma, recombinant protein has been developed as a platform for the previous vaccine, namely for Hepatitis B,” said President and CEO. of PT Bio Farma Honesti Basyir at Commission IX DPR RI, Thursday (14/01/2021).

He mentioned that five universities have been involved in the development of vaccines, namely the University of Indonesia with the DNA, RNA, and virus such as sharing platforms, then the Bandung Institute of Technology (ITB) with the adenovirus and inactive platforms.

“From our discussion, the timeline cannot be completed in 2021, so the Red and White Vaccine will not be included in the Covid-2021 treatment, but the plan is that if the vaccine seeds can reach us in the first quarter of 2021, “We will process, characterize, clinical trials and other capabilities. In the third quarter of 2021, we will be able to produce as part of Indonesia’s health dependence,” he said.

Honesti said that until now the effectiveness of this vaccine is still unknown, for this it requires household and is not dependent on imported goods.

“Our experience of dependence on imported goods makes it difficult for us to obtain supplies,” he said.

Earlier, Health Minister Budi Gunadi Sadikin commented on the latest developments in the red and white vaccines, which are still in phase one and the results are faxed. Later, the fax seeds will be submitted to the industry, namely Biofarma for characterization, which is estimated to take 3-6 months.

If the fastest time is 3 months, it will proceed to phase 1 to 3 for clinical trial lasting 1-2 years.

“For example, in the first 3 months each, it could be produced at the beginning of the second quarter of 2022. In our plan, this will be the next vaccine, as it is estimated that the current vaccine in 2022 from the immunity is starting to run, “Budi told Commission IX DPR RI on Wednesday (13/01/2020).

He acknowledged that there was a need to strengthen the budget for vaccine development, which would be given to various consortia. However, the plan still does not exist, and is still in preparation for a budget, especially so that researchers receive support in collaboration with universities.