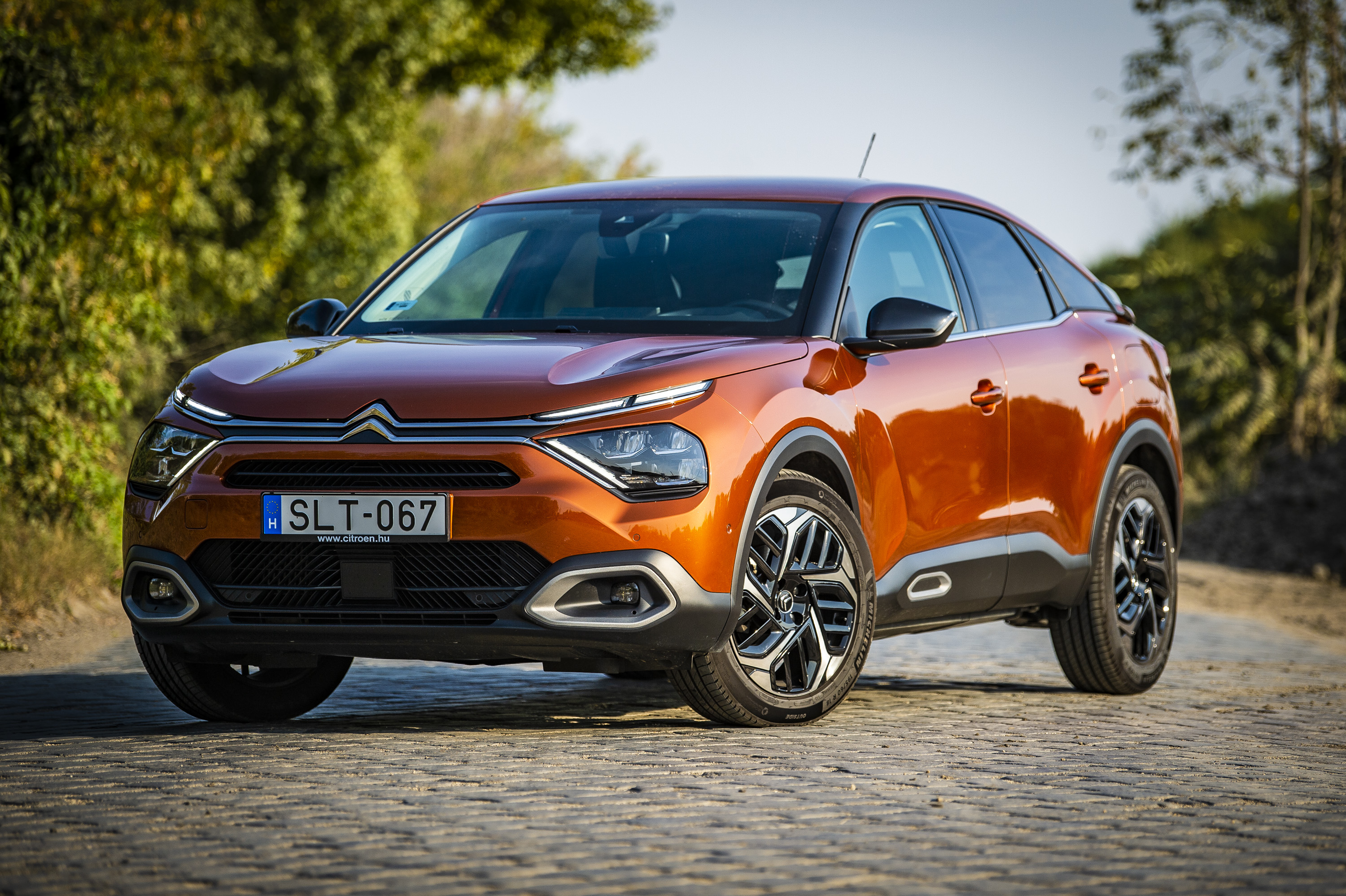 The new C4 has everything that Citroës has ever made a success of: a relatively affordable price, a unique, shared design, a comfort-focused approach, all complemented in 2021 by key features such as a crossover look and the availability of a pure electric propulsion. . It may seem like a recipe for success, but the novelty is not for everyone.

As imaginative as the first generation Citroën C4 from 2004 to 2010 (split rear window on the three-door, fixed steering wheel with extra large airbag in the middle, built-in scent, natural rear light digital instrument panel), the second generation of 2010 until 2018 turned gray. in fact, he wanted nothing more than a French knock on the Volkswagen Golf. It did not even succeed, so for a long time it did not even seem certain that the third generation would be completed. In a mass model, they usually leave no gap between generations, but in the case of C4 two and a half years passed between stopping production of the second and introducing the third, which is a good indication that Citroën did not really know in which direction the type should start.

Finally baked in Paris, the emphasis was on comfort and aerodynamic efficiency, just like half a century ago for the GS and CX, and the whole thing is dressed in a trendy, crossover outfit, but without real off-road skills. The lines of the two legendary species are not difficult to see in the form of the new C4, our rabbit, streamlined shape results in a similar silhouette with the sloping fifth door. Of course, they still had hydropneumatic suspension, so the chassis could not only be raised but also lowered, and there was no rare sight in the parking lots of a GS as CX stuck on asphalt.

He was exalted because that is what people love

The new C4 no longer has such sophisticated technology (which of course does not make the chassis completely average, but later), this car – in response to today’s crossover SUV fashion – is always half a floor higher than a normal compact, a normal leisure time the height of the car is not reached, however. The raised chassis fit well with Citroen’s design philosophy, as it could give the C4 larger wheels, longer spring suspensions, and the fact that getting in and out of a tall car is always more comfortable than a low one.

The crossover character is not only emphasized by the height, but also by the unpolished plastic protective inserts, Citroen will not bother most buyers at all that the C4 can only be purchased with a front-wheel drive, due to its high ground clearance with light terrain and city banks anyway. he comes with.

They complicated the design a bit, especially at the corners of the body, the design was confused by the unusual lights: at the front, the gaze is not determined by the X-shaped lower headlights, but by the LED-running lights above it, like a thin stripe, the back repeats the X motif, placing the D-pillars in lampshades at the base, which are connected by a spoiler. The latter splits the rear window in two, which significantly reduces visibility. I’m not a big fan of digital camera mirrors, mainly because of their lack of depth of field, but this technology would still have room for this technology, if only because the wiper was also spared from the rear window by Citroen.

What are your competitors?

There are relatively few high-end hatchbacks offered in addition to the premium brands, with the C4 competing most with the Kia Xceed and Toyota C-HR. The former is available as a plug-in hybrid in addition to the normal drives, and the latter as a self-charging hybrid, while the C4 has a pure electric version that looks exactly like the 1.2 PureTech petrol as a 1.5-liter BlueHDi -diesel from the outside.

This range of powertrains may be familiar from Peugeot 2008, which is no coincidence, like the C4 is based on the Stellantis Group’s small car platform, True, the EMP1 floor was stretched and widened as much as possible to get a spacious car with a lower middle class standard, but the unusually high threshold – probably with a stiffening function – remained: the rim extends 10 inches above the carpet, so the foot is good must be tilted on when getting in and out.

There is no shortage of space

Citroen says that the C4’s reach range is a category worth treating with reservations, but the fact that the Peugeot 308, which is also based on the new but more advanced EMP2 platform , is better than the cabin, despite the same length (4.36 m). True, the flat roofline makes the rear headroom tighter on the Citroen, and the 380-liter luggage is also smaller than the Peugeot’s 412-liter, but in return it’s easier to pack big things through the larger opening.

What the C4 can not compete with its own cousin is the inner sense of quality: much more hard plastic and the shape of the dashboard is simpler than the category-leading 308, not to mention the small, low-resolution display for the driver , which besides speed does not provide much other information (the 308 has a 10-inch screen that is even available in a 3D version). It is no coincidence that the Feel Plus features go to Citroen a plexiglass projector color HUD, which dampens the driver’s hunger for data and also smuggles some high-tech vibe into the cab.

The interior, the red-black leather interior of the state-of-the-art test car, the metal tactile buttons on the climate panel, the soft, upholstery on the instrument panel, the Alcantara strips on the doors and the tastefully added piano lacquer inserts are all about the atmosphere. but the overall effect is still far below the level of the 308 or even a Mazda3. The graphics on the 10-inch touchscreen are also not the sharpest, and some of the features are deeply hidden in the menu system menus, but the good news is that the climate, volume and some essential features can be controlled with physical buttons (although Citroen previously integrated touchscreen into other types of climate panel).

The article continues on the second page!