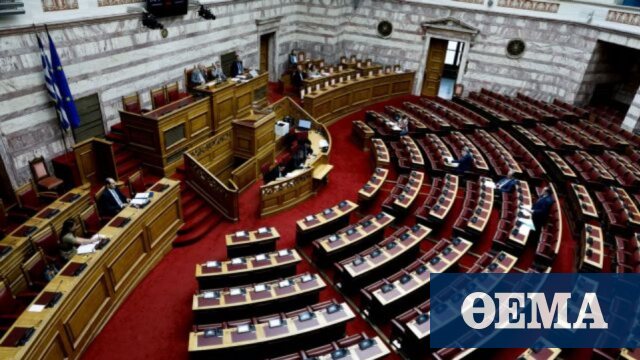 «The government’s intention is to complete the judicial reform program, which will enable the treatment of many pathogens and, above all, send a strong message to society and its citizens that they must feel safe from the functioning of the judiciary.“Costas Tsiaras said, addressing the opposition parties, saying:”Really, is the pilot trial to serve the banks and the funds? That is, the ordinary citizen who has suffered for more than a decade until he makes a decision, at three different levels of justice, does not fall within your field of interest? The trial is in favor of our weak and vulnerable citizens».

Justice is not a place of micro-political confrontation, Mr Tsiaras emphasized, emphasizing that justice is the place where everyone should approach with seriousness, moderation and responsibility so that citizens get the message that they need to feel safe. The biggest problem and the biggest pathogenesis in the field of justice is the delay in the price, Costas Tsiaras said to emphasize that the trial will address the problem in part.

Commenting on the views of the opposition parties that the jurisprudence is attempting a polluting check for cases involving a wide range of citizens, the Minister of Justice pointed out that it is an argument that shows that judicial officials can not assess and decide correctly.

«This is very dangerous. We must not allow such an opinion to be cultivated if we really want to contribute to the proper functioning of justice.“, Pointed out Mr. Tsiaras and called on the parties to choose why”judges should not be influenced by business matters such as fund matters and on the other hand the judges themselves should be the ones who decide in favor of retroactive pensioners».

The Guardian: New treatment for cancer can even eliminate head and neck tumors

Professor Christakis of Yale: When Will the Pandemic End – What is the Rate of General Immunity

Tonia Sotiropoulou – Kostis Maravegias: Their wedding in Hydra – The chocolate and cake treat for photographers