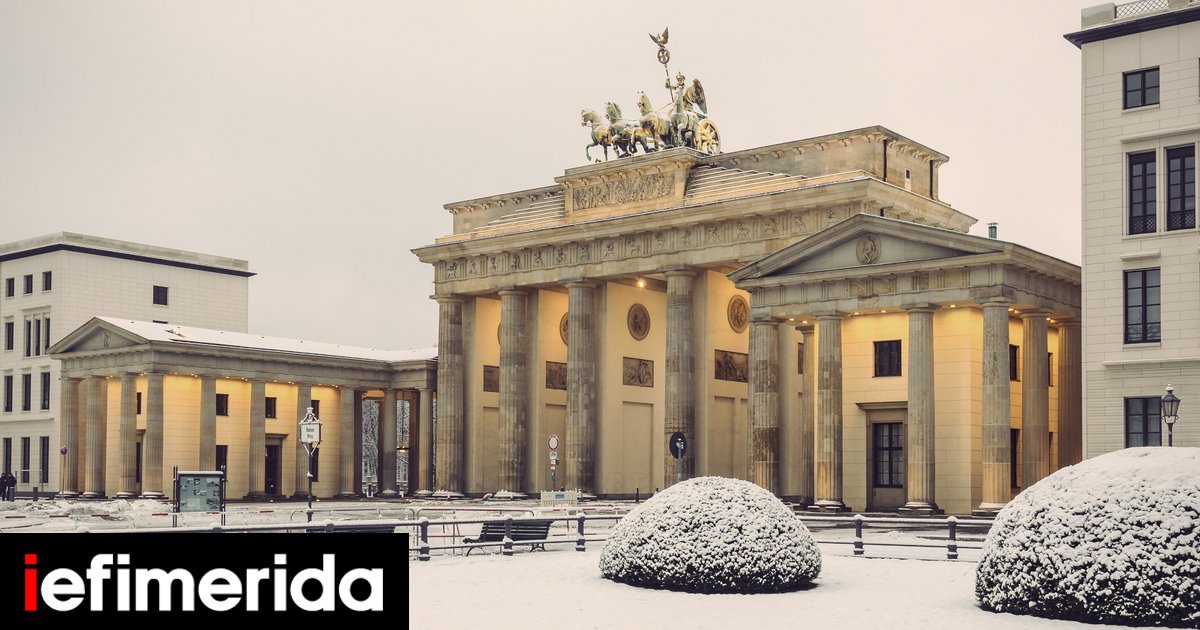 Balances in a difficult situation, which includes on the one hand the jump in energy prices and on the other hand the sharp drop in temperature, below normal for the season, is called upon to reach Europe.

As the price of gas and electricity continues to rise, meteorologists are already cold in large parts of the Old Continent in the coming week, according to a Bloomberg report.

Cold winter is coming to Europe

According to a Bloomberg report, the weather forecast for southern and southwestern Europe reflects temperatures below normal for next week.

The cold snap will resume on November 8, with EU countries worried it could increase household demand for gas and electricity.

Russia: We can increase gas exports to Europe, but … – It depends

In this light, the EU considers joining the energy market as a union so that all Member States can supply gas together to improve the energy stability of the bloc and at the same time prevent a possible price shock in the near future.

The Commission is considering a price negotiation on the Union

The Commission is expected to consider options to strengthen the advantage offered by trade as a bloc of countries, in a bet not to undermine the pandemic recovery effort.

The same plan is likely to include relief measures for citizens, with tax cuts, direct financial assistance to the weakest and state aid to businesses.

According to Bloomberg, all 20 EU countries, including ours, have taken national action on the issue. The Commission notes, according to a Community source, that Member States may designate a supplier of emergency energy.

At the same time, the image of the energy market worries about the launch in household accounts.

The rise in prices coincides with an increase in demand as European countries emerge from the lockdowns imposed to deal with the pandemic, as well as limited supply from Russia and Norway.

Although Russia’s Gazprom says it is meeting its obligations under the intergovernmental agreements, the energy giant offers a few, if any, additional gas supplies.

In Europe, prices are expected to fall in April 2022, but are not expected to be at the level they were a year ago in the spring of next year.

Nervousness in the markets – The Bank of England warning

The “possible inhibition” of recovery due to the shock caused by the explosion of energy prices, is causing nervousness in the markets.

Today, ECB President Christine Lagarde said that the economic recovery of the eurozone was due to frictions and imbalances associated with rising energy prices and supply chain disruptions, which could further slow the recovery. And then the end of the pandemic.

While some banks, such as ABN AMRO, now predict that the bonding “rally” will continue until 2023, the Bank of England has warned that stock and bond markets could be sharply corrected if investors reassess the outlook. Economic recovery from COVID-19 and whether there are signs of increased risk-taking in investment banks.

Ahead of Athens and Madrid

The establishment of a common platform for trade in energy resources in the EU has been systematically promoted in recent weeks, according to Bloomberg, by Athens and Madrid.

However, the idea of ​​joint negotiations is not new, having fallen on the European table a decade ago, to tackle the Union’s energy dependence on Russia.

The leaders of the “27” will discuss the energy issue during the summit on 21 and 22 October in Brussels.

The Union Precision Toolkit is expected to include, but is not limited to:

The initiatives of the Greek government

The Greek government has already devised a wide range of measures to increase the fee for heating and energy, with the aim of increasing electricity and gas so that it does not reach the pocket of the consumer.

According to the announcements of Christos Staikouras, Kostas Skrekas and Theodoros Skylakakis, the interventions will have to do with heating and electricity.

What about the increase in heating allowance

Extension of the inclusion criteria for the heating allowance

In the case of a household, the benefit is 20,000 euros, which will be increased by 3,000 euros for each child, instead of the 2,000 euros that were valid until today. Therefore, the income limit is increased:

Increase the criteria for ownership:

In 2020, 707,328 households submitted a request and received the compensation. Based on the above, it is expected that the number of households that will apply for and receive the assistance will be more than one million, taking into account the extension of the criteria and the increased interest rate due to the increase in the fee.

How to apply the 15% discount on natural gas

The natural gas suppliers active in the retail market will be affected by the 15% discount on the price of fuel that will be applied by DEPA Commerce, so that the price reduction can be passed on to domestic consumers.

In the coming days, according to competent sources, the mechanism for calculating discounts will be formed, depending on the number of domestic consumers and the volume of consumption represented by each supply company operating in the market and being a customer of DEPA Commerce. The mechanism for configuration and certification for the application of the discounts will follow.

Follow it in Google News and be the first to know all the news
See all the latest News from Greece and the world, at
[ad_2]
Source link
Share