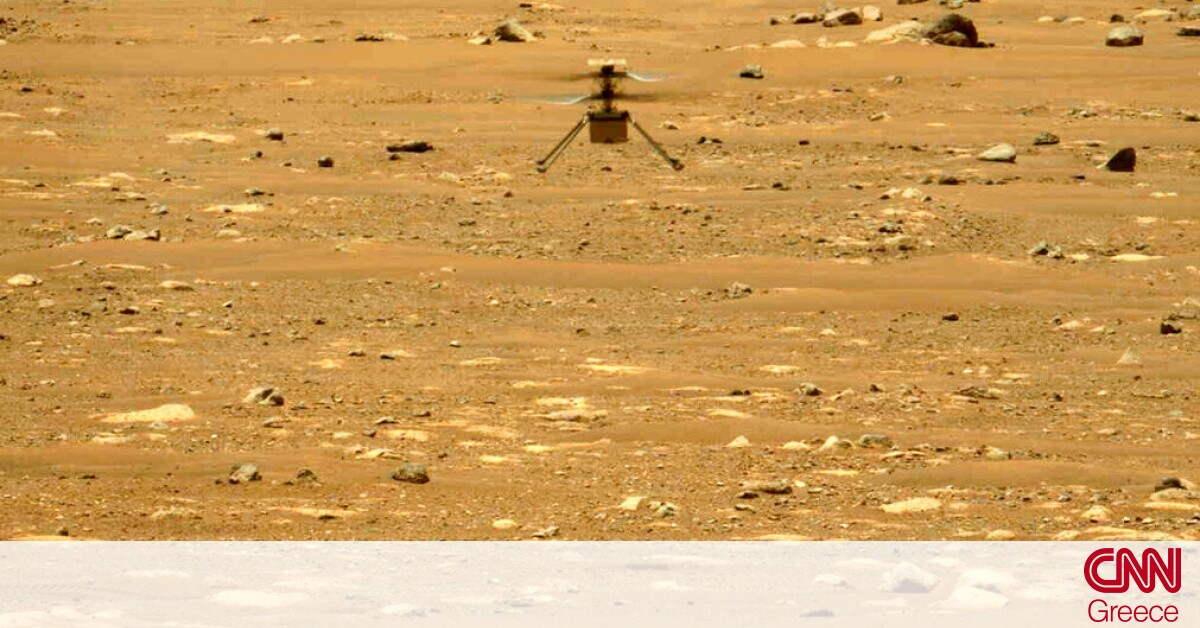 This flight was more risky, after the helicopter went higher and longer: its total duration was 51.9 seconds, while Monday remained only 39.1 seconds in the air.

The helicopter took off at 11:33 (Greek time) and arrived at a height of five feet (of three on the first flight). For the first time, he actually made one side movement, thus achieving two of NASA’s ambitious goals.

“It sounds simple, but there are so many unknown factors in how to fly a helicopter to Mars. That’s why we are there to find answers to these questions,” said Howard Gripp, one of its pilots.

The data collected seems to indicate that the second flight “Meets expectations”, said Bob Ballaram, chief engineer of the program.

“We have two flights to Mars, which means there is still a lot to learn with Ingenuity this month,” he added.

NASA is planning other flights with the small helicopter, but the lifetime of Ingenuity will be determined by the way it will land each time “, explained Mimi Aung, head of the program, emphasizing that the service wants to push the helicopter “To its limits”,

Ingenuity’s experiment will stop, whatever happens, by completing a month so that the robotics Perseverance, with which the helicopter arrived on Mars, to focus on its main mission: search traces of past life on the Red Planet.