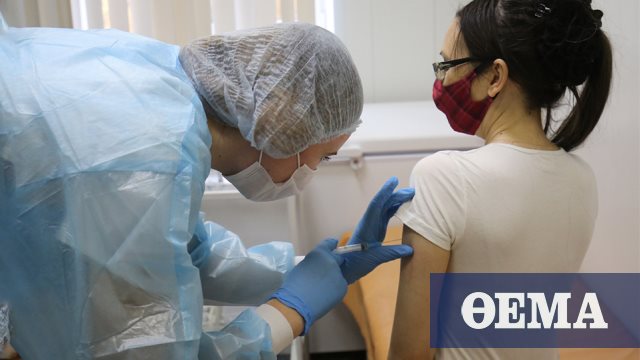 With much speed to build the coveted wall of immunity sails the Freedom Campaign Campaign for the protection of citizens against Covid-19 disease. From goal to realization 2.5 million vaccinations in May and 4 million in June, expands the vaccination program from next month to 1,471 vaccination points. In the already operating vaccination centers nationwide (public structures and mega-centers), the private sector is now being thrown into the “battle”.

As announced by the Minister of Health, Vassilis Kikilias, yesterday, during the regular information on the course of the epidemic, “In addition to the vaccination centers that are already in operation, the exploitation of vaccination points within private diagnostic centers, polyclinics, clinics and operations will begin immediately, so that more of our fellow citizens will have faster access to the vaccine. “

Kikilias: Take advantage of the gift of science

The Minister of Health, referring to the perfect organization of the vaccination program, asked the citizens to take advantage of thethe “gift that science offers us, the vaccine, to emerge from the extraordinary public health crisis we are now experiencing for a year”.

He points out that the chances of serious side effects from coronavirus vaccines are endless, while the number of people losing their lives every day “It’s not just a number, but the loss of human lives that fills the pain of being left behind to mourn loved ones.”

The Secretary-General of Primary Health Care, Mr. Marios Themistocleous in turn announced yesterday that the vaccination centers will soon extend their hours, performing daily vaccinations until 10pm, including weekends. Asked on protothema.gr why it was decided to close the vaccination centers from Good Friday to Easter Monday, he said that this was the plan from the beginning and that, moreover, for this reason the appointments will be processed in the coming weeks. of his holiday Easter,

Mr Kikilias attributed this decision fatigue of health care staff and asked citizens to understand the hard program they have been following for the past twelve months.

Of the Holy Tuesday, April 27th opens the platform for scheduling appointments and for their age group 30-39 years old (1.36 million people). “Those who make an appointment will be vaccinated immediately”, Mr. Kikilias and Mr. Themistocleous made it clear that this age group is being vaccinated with the AstraZeneca vaccine because there were free appointments for this particular preparation. On the question of why the age group of 30-39 years went ahead and did not open the category uniformly 30-49 years old, government sources state that the juveniles are further from the vaccination shield, according to the original design. This modification now gives them an incentive to vaccinate earlier with available appointments.

“This age group will soon be followed by the categories 40-44 (800,000 people) and 45-49 years old (810,000 people)”, added the general secretary, Mr. Themistocleous. According to information from protothema.gr, the agreements for these two age groups will open no later than Good Friday with the possibility of vaccination with all available faxes.

From 5 May comes the vaccination program and the Johnson & Johnson monosodium vaccine to the “green light” it received from the European Medicines Agency (Coreper) regarding its safety. Our country has already received 33,600 faxes from the US pharmaceutical giant, out of a total of 1.35 million doses allocated by the European agreement for the period April-June.

Step by step the construction of the wall of immunity

According to the evolution of “Eleftheria” to date, they have taken place 2,645,000 vaccinations, mei 1,826,000 citizens have already received the first episode and 775,000 both deadlines.

Together with the vaccination of 60 years and over opened today of the vulnerable groups with chronic diseases (groups A and B) the dating platform for the age group of 55-59 years (730,000 people) and teachers (180,000 people). According to current data from the Ministry of Health, more than 138,000 appointments are already planned.

It is recalled that of Saturday, April 24th will be able to make vaccination appointments and citizens aged 50-54 (780,000 people).

According to data published by Mr Marios Themistokleous regarding the participation rate in vaccination per age group:

Fax receipts in the next two months