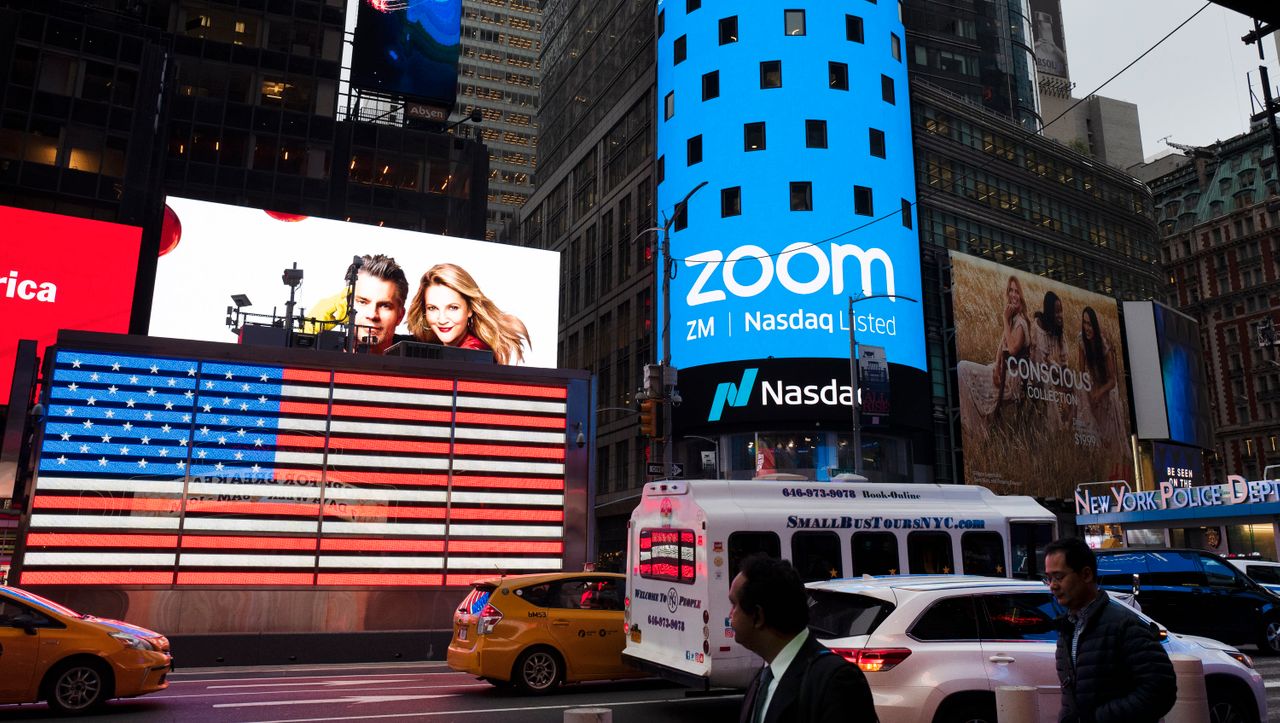 The corona crisis is having a hard time affecting the economy, but there are also beneficiaries of the pandemic. One of them is the Zoom video service. The company continued to grow explosively over the past quarter, but it is not growing fast enough for investors. Following the announcement of the new company figures, Zoom’s share temporarily fell by about eight percent.

Sales jumped from $ 166.6 million in the third quarter to a good $ 777 million within a year. In the third quarter of the fiscal year ended October, the year-on-year profit shot up from $ 2.2 million to $ 198.4 million. The increasing profit is based on a majority of users opting for a paid subscription model, as the company announced.

The U.S. company now has 433,700 customers with more than ten employees, an increase of 485 percent. Zoom Video is also confident for the current quarter and expects revenue between $ 806 and 811 million. That is more than analysts expected.

The price slide after the hours could be related to the fact that Zoom expects higher customer expectations than normal between October and December. The company justified this with the higher proportion of customers who only book monthly subscriptions. Another reason may be investors’ interests that Zoom is already at its peak. The AP news agency writes.

One of the winners of the corona crisis

Zoom had risen in a new league with the corona crisis. The company would originally provide video conferencing for businesses. During the pandemic, however, it was not only used in companies that grew; individuals also increasingly used Zoom – for example, for family gatherings.

How much the company benefited from the corona crisis became clear after the company Biontech announced that it had found a corona vaccine. While the shares of pharmaceutical companies shot up, Zoom fell on the stock exchanges by more than twelve percent.

Investors who continue to rely on Zoom assume, according to the AP, that the company will retain many subscribers, even after the corona crisis. As a result, business clients will continue to have confidence in home office and business travel restrictions, making a video conferencing tool essential.

The company, which was founded in 2011 in San Jose, which has since struggled with security gaps, for example in encryption or so-called zoom bombing, is not without competition. Video calls and conferences are also possible through Microsoft Teams, Cisco Webex as well as offers from tech giants Google and Facebook, for example.