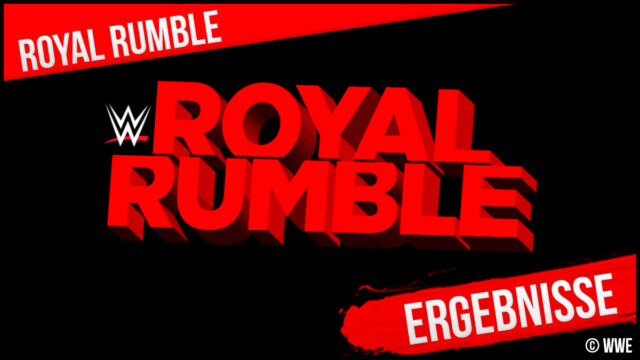 Welcome to our “WWE Royal Rumble 2021” live ticker! This post will be updated at regular intervals until the end of the show so you do not miss a result. Comment on this post and write us in the live chat on “Discord” how you think about the show. Have a great evening! Chat here! CLICK!

Welcome to the “WWE Royal Rumble 2021” and the beginning of the “Road to Wrestlemania 37”. We start with a video promo that asks the question that is quite present today: Who will win the two Royal Rumble Matches and will therefore be rewarded with a title contest on “Wrestlemania 37”? We are greeted with fireworks by the commentators in the “WWE Thunderdome”, where the music of the WWE Hall Of Famer Bill Goldberg is also heard. That WWE Championship game serves as the opener and we get one player for the feud between title holder Drew McIntyre and challenger Goldberg.

1. Match
WWE Championship
Singles Match
Drew McIntyre (c) won against Bill Goldberg via pin to the Claymore Kick.
Match time: 02:32
– Even before the ring bell rang, McIntyre gave Goldberg a spear and both moved the wrestling outside, where Goldberg even now showed a spear against the champion. Immediately after the match began, Goldberg hit Drew’s Claymore Kick. It was followed by three Spears and a Jackhammer and two kick-outs from McIntyre.

After the match, Goldberg and McIntyre show each other respect. Bill Goldberg says Drew passed the test and deserves his respect. They both hug and Goldberg begins the difficult walk to the driveway while the champion leads into the ring.

A review of Sasha Banks’ match against Reginald on “SmackDown” two weeks ago is being played back while Carmella makes her way into the ring. Sasha Banks stands behind the curtain with Kayla Braxton and promises, visibly amused, that she will defeat Carmella and defend her title.

2. Match
WWE Smackdown Women’s Championship
Singles Match
Sasha Banks (c) won against Carmella (w / Reginald) by filing in the Bank Statement.
Match time: 10:21
Carmella showed a suicide dive through the ropes to Sasha Banks who was standing in front of the ring and landed extremely unhappy on the driveway.

Big E & Xavier Woods hyped themselves backstage for the upcoming Royal Rumble Match. The two are interrupted by Sami Zayn and his camera team. A short time later, Kofi Kingston jumps into the picture and scares Zayn. The New Day now makes fun of Sami, after which Sami leaves. Kofi says he will support his friends today, even if he himself has not received clearance because no one stops them on the “Road To Wrestlemania”. If one of them wins, everyone wins, says Kofi, before the songs “New Day Rocks” are started.

This is followed by a live performance by Latin music artist Bad Bunny, who sings his single “Booker T”. The WWE Hall of Famer will of course be there in person. “Can you dig it?”

The first Royal Rumble Match of the evening is approaching. This is followed by a video promo with facts and figures about the most famous Battle Royal Match in the world.

Order of entries and eliminations:

After he went to live, Billie Kay did not go right into the ring, but sat at the comment table with her application documents.

Jillian came out with a microphone and gave a live performance when they moved in. Kay, who wanted to persuade the other participants to work together and each got a breakdown, now seems to have found an ally in Hall.

Rhea Ripley eliminated Dana Brooke (26:19).
The next participant arrives at the ring in Charlotte’s dress and Ric flair.

R-Truth followed Alicia Fox to the ring, who yelled at him that it was the wrong mess. Truth and a multitude of pursuers fight each other in the ring. Alicia Fox can pin R-Truth and crown herself the new 24/7 champion. Title change! -> New 24/7 Champion Alicia Fox!

Reginald eliminated Carmella with a super kick from Tamina (39:27).

In short, Jax and Baszler defeated everything that was in and around the ring.

After the match, Bianca Belair’s music is played and she becomes very emotional as she begins her victory speech. Charly Caruso is now in the ring and interviewing the rumble winner. She tells how she could so far only tell everyone but could not prove that she is the best. She thanks her parents and her husband Montez Ford. Fireworks are set off in honor of Bianca as she secures her place at Wrestlemania 37!

The kick-off show’s comment team goes through the events of the previous show again as R-Truth interrupts them. Peter Rosenberg tells the truth that John Cena is here, but when the truth turns around, Rosenberg blows him down and covers up the truth to win the 24/7 championship. -> Title change! New 24/7 Champion: Peter Rosenberg!

This is followed by the mandatory single-player for the Last Man Standing Match for the WWE Universal Championship between Roman Reigns and Kevin Owens.

4. Match
WWE Universal Championship
Last Man Standing Match
Roman Reigns (c) won against Kevin Owens by stipulation to the guillotine smear.
Match time: 24:54
– To prevent Owens from counting a victory, when Roman Reigns was handcuffed to a steel post, the Tribal Chief knocked out the referee and knocked him out. Substitution came quickly and Heyman freed Reigns, after which Reigns was able to win and Owens stumbled to unconsciousness.

A trailer for Wrestlemania is being played. It will be ready in 69 days.

Order of entries and eliminations:

Edge runs to Randy Orton at his entrance and the two fight around the ring until Sami Zayn joins them and both now enter the ring as well.

The heels briefly pool forces against Edge and finish him off until The Charismatic Enigma enters the ring.
Edge and Randy Orton go outside again under the rope and Edge shows a DDT against Orton via the comment table.

Randy Orton is carried backstage by leaving WWE officials at the comment table after a long time.

The Miz used his suitcase to destroy Bad Bunny’s DJ setup before taking part in the contest. Bad Bunny came out shortly afterwards and dismissed Miz and Morrison decisively. Afterwards, the musician showed a dive on the duo.