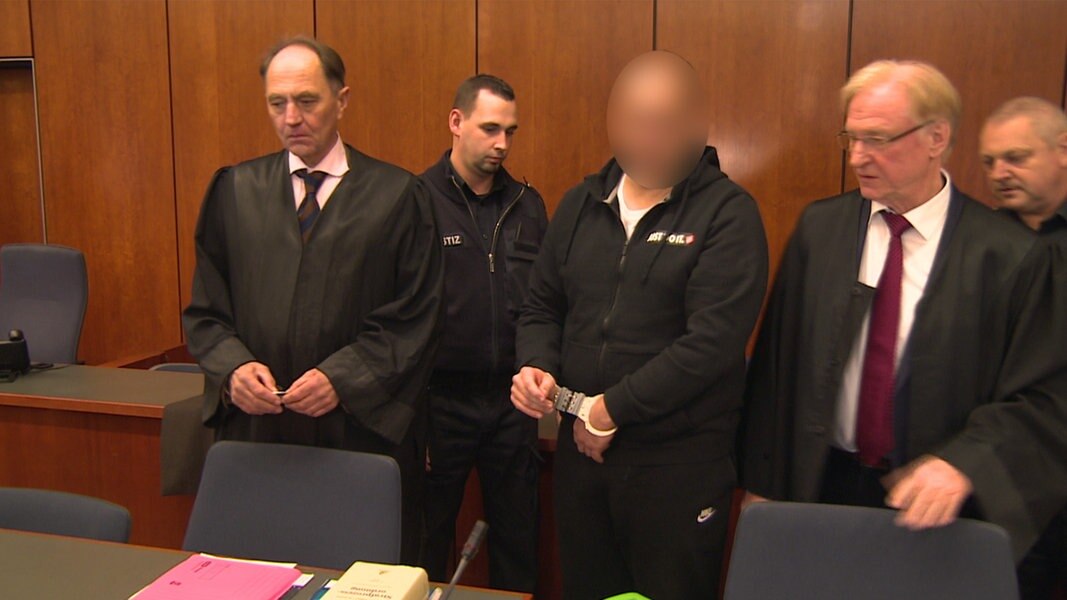 He should have killed his mother and have been working on concrete grounds. A 47-year-old must have been responsible for the Göttingen District Court.

Sven H., the public prosecutor at the Landgericht Göttingen, has been invited and interested in hearing the accusation. In September 2017 he should have killed his 74-year-old mother with a fire hook. Murder of greed is the reproach. The defendant himself did not appear in court. One of his two defenders stated that the 47-year-old had rejected the allegations. What is not mentioned on the first day of the day is the fact that the 47-year-old was wounding his mother's body in wrapping paper, put them in a flower bench in the living room of the house and put it in concrete condition. With gravel and flowerpots, he wants to prevent the corpse from being discovered.

A 47-year-old man from Herzberg has been responsible for murder since the Tuesday court of Göttingen. He should have killed his mother out of greed in September 2017.

The defendant had no income and debt

The 47-year-old, according to public prosecutors, had debts at five-digit level, was unemployed and had no income. He wanted to get out and part of the pension of his parents. Additionally, he demanded 65,000 euros that his parents had had a real estate sale. However, according to prosecutor, the mother did not want to support her son any longer. Then Sven H. took a poker in the living room of the house in Herzberg and hit the mother against the head and against the ribs. The blows against the head had led to scarring fractures, the 74-year-old had to take blood thinned for a disease, said the prosecutor.

Son was taken to Sweden

The act remained unbidden for seven months. Only after indicating that the pensioner had disappeared and her property was kept in Herzberg, the police went after the missing. The corpse finally discovered the corpse. The son had been in the eye of the investigators early in the morning, and witnesses had seen him in the heart of Herzberg. The prosecutor's office then went internationally after him. When the police hit the man in May in Sweden, he tried to escape, but he failed.

Sven H. wanted to "never get in jail again"

Sven H. was previously in jail for fraud in Rosdorf (Landkreis Göttingen). There he served as a prominent prisoner after he had started with the Marathon training and was invited by the German Athletics Association to the hobbyist of the year. In 2013 he came free and did not want to go to prison again, as he himself said. Whether this will be fulfilled, will show in March. Then the verdict is expected to fall in the murder process. Up to then there are 13 negotiating appointments.