Despite the budget dispute, 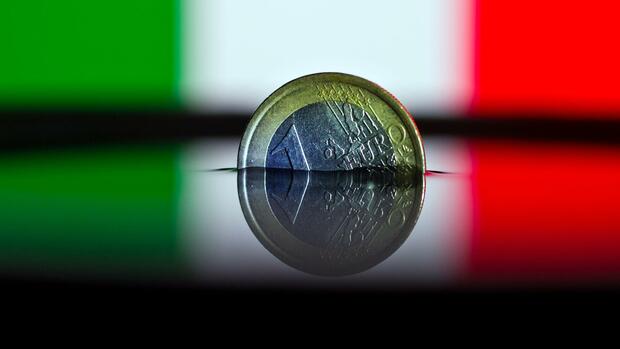 RomeShort-term maturity bonds now have the highest bond yields in the euro area. This is too tempting for investors who do not strike. Whether or not it is due to the risk of disputes between Italy and the EU on the Italian budget.

For example, M & G Investments, an English fund company, has bought. BlueBay Asset Management LLP has a long standing position in the securities market. The yield of a paper called "BTPs" with a maturity of more than three years is attracting private investors to the market. After all, it has almost doubled since the beginning of the year. Individual investors generally hold bonds until maturity.

The European Union is contending with Italy over the budget of the debt-ridden country. The EU thinks its budget target is too optimistic. She rejected the country 's budget. Currently, Italy is required to submit a revision by November 13. The government signaled that they do not want to give in to Brussels' pressure.

Nonetheless, the decline in Italy's return premium to Germany indicates that the current populist policy of the country is less aware of the market's risk of destabilizing the EU. This is not important because there were similar fears from France to Greece in recent years and there was little long-term effect.

At the business club

Often the fears of the eurozone disintegration have been resolved by the last minute compromise. This is affecting current market expectations.

Wolfgang Bauer, co-manager of the UK investment firm M & G Absolute Return Bond Fund, has just sold most of its Italian bond holdings in February and March and has just returned to the market. His colleague, Richard Woolnough, recently invested 1% of the M & G Optimal Income Fund portfolio in short-term BTPs, which emerged from bonds around the euro area in May.

"Risk compensation profiles are now more attractive," Bauer said in a presentation in Milan. "Even in the worst case – the euro exit – it is unlikely this will happen in the next two years."