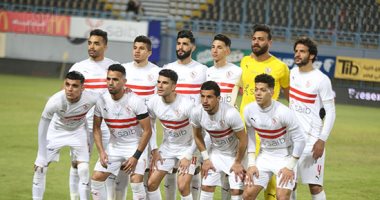 The first football team of Zamalek Club scored a goalless draw with Senegalese Tongeth in the match that brought them together this evening, Tuesday, at Stade Ab Dior in Senegal, in the second round matches of the group stage of the African Champions League.

Ranking of the “fourth” Zamalek group

The ranking of the Zamalek group “Group Four” came to the result as follows: Tunisian Esperance is in the lead with three points, Zamalek is in second place with two points, Mouloudia Algeria is in third place with one point , and Senegalese Toungith is last with a point.

The Tunisian Esperance match against Mouloudia Algeria is expected to take place at the end of the second round matches of Group D of the African Champions League, in the stadium “July 5” at 21.00 today, Tuesday.

Date of the next Zamalek match in the Champions League

Zamalek is set to meet Esperance on March 6, in the third round of the group stage of the African Champions League, and the match will be held at Rades Stadium in the Tunisian capital, at 5pm in Tunisia time. , 18:00 Cairo time,

Al-Ahly is preparing Maaloul to join the Vita Club

The First Young Creator Award in the Arab world and Africa