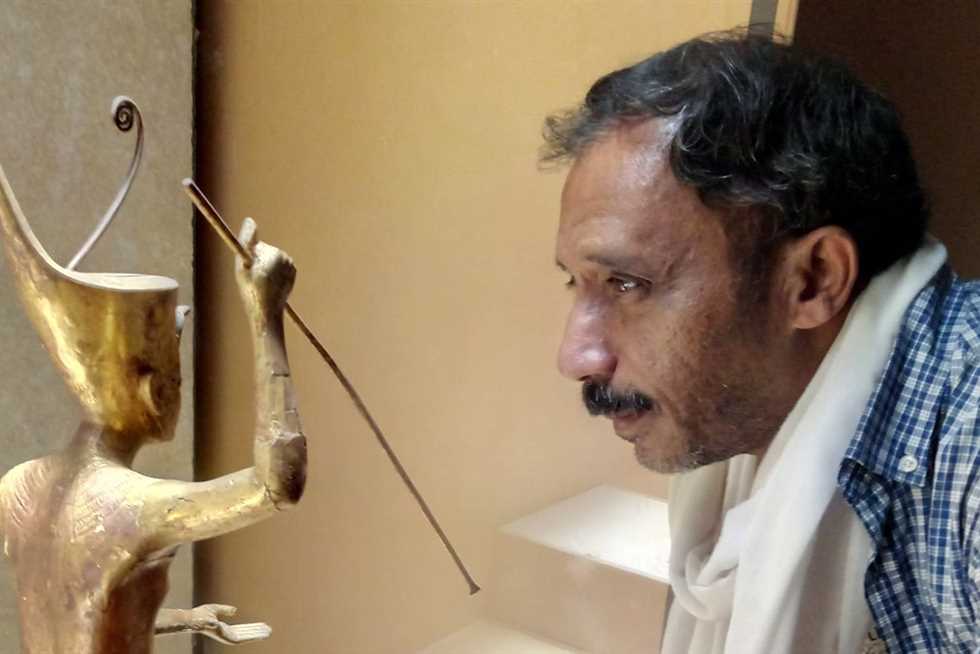 “Ba Eret … East Irrit … Set Berri … What is it every Hanut …” which means “O God’s eye, O Isis, O in every house, O Stna, O our house.” Pieces from the opening of the hymn of Isis written on the door of Shalwit’s Temple in Luxor, that is The choir “Philharmonic Union” sang it while offering royal mummies to the whole world.

It lasted a few minutes during the ceremony, but the effect remained days after the event ended, touching the hearts of all those who listened to the team’s achievements and even comparing them to the drawings of ancient Egyptians who carried musical instruments.

All team members with all their majors were turned into champions after championship because the counting minutes were the product of a very public effort.

Dr. Maysara Abdullah Hussein, Professor of Archeology at the University of Cairo, played a key role in this presentation, translating the hieroglyphic text in honor of Isis. His role did not stop at this point, but rather he trained the choir on the correct pronunciation of the hieroglyphic language.

It started in April last year, during the beginning of the spread of the new Corona virus in Egypt, where he received a phone call from Raymond Malak, director of the Philharmonic Federation Choir, asking him for the text of Isis’ to view. fear of training the choir to perform in hieroglyphic language.

Hussein immediately began an in-depth search for the origin of the text, based on the inscriptions found in the temple of Deir Shalwit on the western mainland.

This was a great incentive for him to study the text in depth and also to correct the mistakes in the old Arabic text.

He added, “After writing the text, I asked to meet with Minister Dr. Khaled Al-Anani, and he asked me to follow the choir so that all members of the team had pronounced the hieroglyphs correctly.”

Despite the difficulty of the period at that time, he did not stop communicating with the team, and after the partial resumption of the activity, Maysara followed a number of musical rehearsals for the team and wrote his notes while listening to the song, which the team repeated hundreds of times this year, and Hussein was amazed at the speed with which the choir, despite its difficulty, mastered some hieroglyphic words.

He explained that there was no truth to what was reported on social media that the piece presented at the ceremony was from the Book of the Dead, but rather a poem by Isis.

Hussein called on all members of the team, who described themselves as “heroes”, to start with the composer Hisham Nazih, Maestro Nader Al-Abbasi, the Al-Ittihad Philharmonic Choir and Amira Selim, if anything. they presented during the ceremony will remain engraved in everyone’s thoughts, adding that he is proud to translate the treasures of ancient Egypt.