In the spin of the Olympic table tennis tournament, the match was Širuček vs. Powell from Australia, the Czech national team member, however, will not intervene in the match, which the organizers set for Saturday at 7:30 Czech time.

“I’m sad, of course, but I take it as it is. There are worse things in the world,” Širuček says conciliatoryly.

How do you explain the situation that you and other members of the Czech team had negative tests before leaving, but now you are positive in Japan?
My wife’s aunt works in laboratories in the Czech Republic and said that in the Czech Republic tests are done on, for example, twenty values, cycles, to save money. And in Japan, tests are done on 100 or 120 of these values. They are more expensive, more detailed. Therefore, it may also be the case that the results may be different.

Beach volleyball player Perušič, also positive test, said that the most important thing for him was the knowledge that he qualified for the games. Do you feel the same way?
Of course I take it that way. For a while now I have been holding the world rankings, which corresponds to participating in the Olympic Games (around 50th place), I secured my start by winning a qualifying qualifier. That I proved it works.

Still, how sorry are you for this situation?
I’m sorry, of course, but I take it as it is. There are fewer things in the world. It probably bothers me the most about two things. 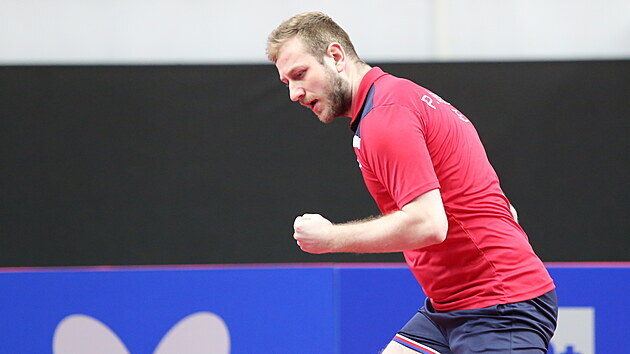 Talk to me.
First of all I can not fly home, I have to stay here in the hotel for ten days. I hope to have a negative test after six days. But maybe I’ll still be here twenty days. The Japanese are strict here, and there is a lock.

And the second thing?
For the very beginning of the Olympics, you get a decent share of points in the world rankings. They are basically free, and not everyone plays the Olympics. But now it is quite possible that they do not give me a point. It will still be resolved.

Do you have symptoms of the disease?
I feel 85 percent fit, I’m just a little tired. But it can be from everything around, from travel, from a time shift … Otherwise I feel nothing, I’m not sick or anything. I had a slightly sore throat on Tuesday, but I think it was more from the air conditioning. I have no temperature, so if I have symptoms, I can not be lighter.

Part of the Czech team, which traveled to Tokyo in a special government, had problems since arrival, and was a positive member of the implementation team at the airport.
Yes, he had a positive PCR test, so the rest of us had to wait at the airport. They all did PCR tests on us, we had them negative, but the one in question was positive. So they put him in isolation, just like everyone else around the plane.

And how did the situation develop?
We worked normally, we tested daily, but unfortunately more positive antigens were added every day (which are then confirmed by PCR). They were people from my neighborhood. I’m not saying I’m unlucky, I’m not the first or the last with whom it happens. Unfortunately, the time is right, no one will do anything about it. But I do not understand it yet, we have done tests before we leave. Someone must have brought it there.