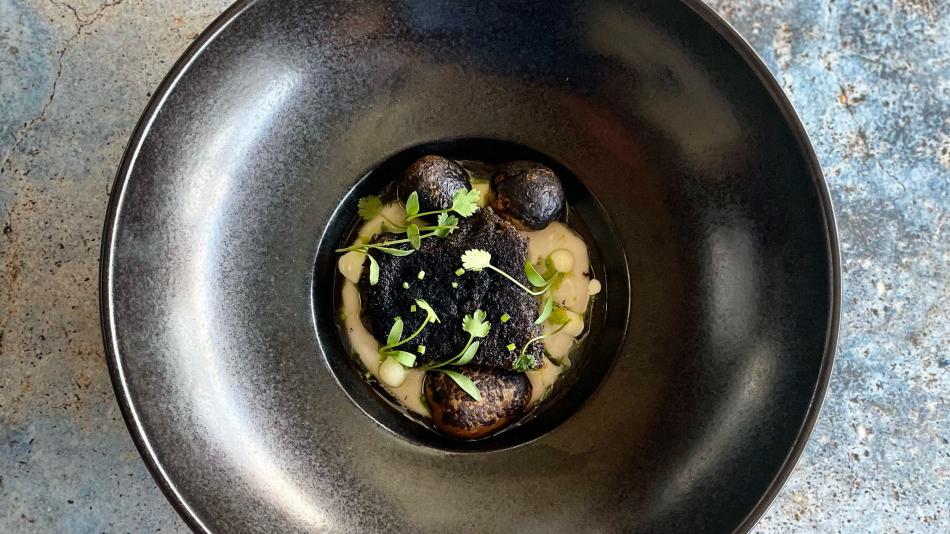 However – and despite two moments in which the closure was necessary for biosafety reasons – it managed to get a star, issued by the prestigious Michelin Guide in the United States. Although chef Juan Manuel Barrientos is not the first Colombian to receive a Michelin star, his restaurant is the first to receive it under the flag of Colombian cuisine.

(You may be interested in the history of Michelin stars).

In a recent interview, Barrientos had indicated that ElCielo de Washington had become an unofficial embassy of the country in that city. That he showed that it is possible to make cuisine from a country whose ingredients are not as well known worldwide as those of Italian or Spanish food, and stand out in a city like Washington.

He did not have to hide behind the Latin cuisine label and achieved the distinction, although his food is not a typical dish, but a tasting menu (or menu of steps), in which small snacks follow each other and together they give a panorama of ingredients and full flavors.

It is in this experience that a donut, empanadas and yams parade, as well as flavors of brandy, coffee and some dishes that have shapes and colors that resemble Colombian pride like emeralds. And of course, there’s the step for chocolate therapy, in which the hands of the food play a moment of the experience in liquid chocolate.

To this offer cocktails can be added: one is mentioned Not Papaya (Do not give papaya), of mezcal, rum, papaya, mango and lime, which has a value of 19 dollars (about 69 thousand Colombian pesos).

ElCielo DC as the one known in the US capital has an a la carte menu, which includes small snacks ranging from $ 14 to $ 26. t lulo has in line with the intention of the Barrientos team to present ceviches with our citrus fruits-. This has a value of $ 22 (79,977 pesos). And there are other options like big plates to share like the branzino in salt crust with coconut rice and green banana, for $ 67 (about 243,600 pesos).

The price menu in all ‘Skies’

Those requesting one of these experiences can choose a suggested pairing that has an added value: the one with 8 glasses is priced at $ 120 (436,242 pesos).

(It may interest you: Juan Camilo Quintero: interview with the Colombian chef who received a Michelin star in Italy).

The sky of Medellin -which recently opened its headquarters in the hotel of the same name in the capital of Antioquia- has a tasting menu that costs 218,000 pesos per person. If you want to pair, you need to add 170,000 pesos, and the water that goes on the table has a value of 15,000.

(You may be interested in: Jennifer Rodríguez, a Colombian cooks of ’50 Next) ‘

Bogotá headquarters, located in the so-called Zone G, seems to be cheaper in price: The price menu has a value of 189,000 pesos, accompanied by a pair of six glasses will increase by 157,000 pesos, but if only four glasses are searched, will go only 107,000 up.