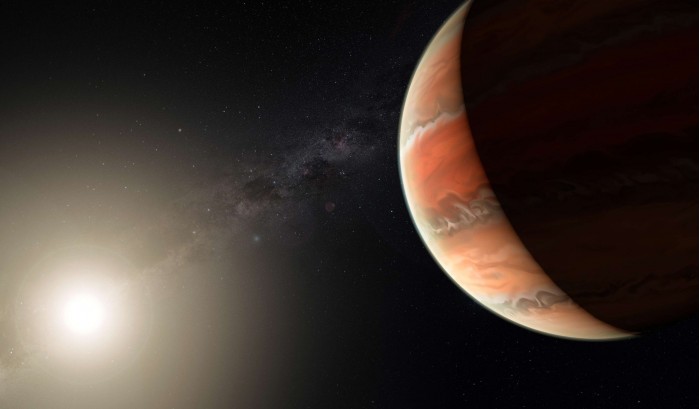 The “exoplanet search” conducted over the past few decades, that is, the search for planets orbiting stars other than the sun, has confirmed the discovery of 4,715 exoplanets belonging to 3,247 planetary systems, and about 5,900 planets awaiting confirmation.Shockingly, the structure of our solar system seems to be very different from the configuration found in other systems near the Milky Way.

For example, a relatively high proportion of the massive Jupiter-like planets discovered rotate in regions very close to the stars, which is in contrast to the situation represented by the model for planet formation, which believes that giant planets must are formed in the outer region of the protoplanetary disk. It is worth noting that the apparent excessive phenomenon of such planets is related to the observation bias, and the sensitivity of the equipment used to detect exoplanets is limited.

In other words, the orbit of a large planet (mass and size) is very close to its star. These features ensure that when planets pass in front of the star, they will cover a large area of ​​the stellar disk. Moreover, they can also bring gravity to the star. the radial velocity of the star. This in any case raises important questions about how these structures are formed, and what will be the fate of these short orbital exoplanets.

A study published in the Royal Monthly Bulletin of the Royal Astronomical Society (MNRAS) studied a subcategory of these anomalous planets called “Ultra Short Period Planets” (USP). These planets revolve around their stars in almost circular orbits in less than one Earth day, and can be tidal-lock, that is, they always show the same face to the stars in their entire orbit, just like our moon against each other. the earth.

Research to date has shown that tidal locking can drastically alter the structure and potential fate of planetary systems as well as fundamentally. Research models the migration speed of exoplanets, and provides better predictive models to understand the fate of these exoplanets. Such a model takes into account various effects related to stars and planets, and monitors some of these exoplanets for decades, and measures changes in their orbital periods.

This work predicts the slow changes in transit cycles of the two enormous USP exoplanets WASP 19b and NGTS 10b, which orbit the star every 20 hours or so. These cycles indicate that they are very close to the star, so that their surface temperature is extremely high. The model of this work predicts that the former has a higher job mobility and the latter a lower mobility. These predictions can be confirmed in the next ten years.