Dead head "Spider-Man" by bankruptcy of "poisonous" of 700 million yuan in the first weekend of the box office,

Participate in the interaction. 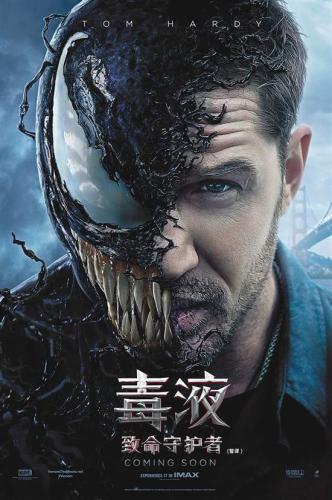 On the first weekend, the box office hit 300 million yuan a day, and the box office revenue reached 700 million yuan on the first weekend. Marvel superhero movie This movie, called "Poison" after "The Venom: Deadly Guardian", has a strong attack power as the Chinese mainland movie market continues to decline. I will demonstrate. Some hospital executives said, "I did not think the poisoning was more than the" Spider-Man "movie series."

According to the pro version of Taobao tickets, "poison" was released on the first day of the box office of 241 million yuan, last Saturday, box office exceeded the first weekend of account of 370 million yuan, 777 million yuan, Office broke 800 million yuan. This result not only surpassed "Spider-Man: Hero Returns" (77.4 billion yuan), but surpassed the "Black Panther" (626 million yuan) announced this year and soon surpassed "Ant 2" (833 million yuan) is. "Poison" also renewed several box office records with a single breath – the fastest single character superhero in the mainland history, the first single single super hero on box one … the poison of "poison" is still very good, The manager is expected to rush to 1.5 billion yuan, believing the movie will not be a problem.

At the "poison" box office, the mainland market also rose. Especially on Saturday, "poisons" boosted the market to 335 million yuan to a box office of 320 million yuan per day. Over the past two months, there were 362 million yuan in October 1 Day of National Day only, 399 million yuan in October 2, and less than 300 million yuan in the remaining three days. The mainland movie market has been devastated for a long time, and it also provides space for the "Poison", the location of the box office explosion. Jinyi Cinema director Xie Shiming thinks that the quality and reputation of "poison" in the superhero movie is not particularly prominent. "Poison" is only a counterattack to "Spider-Man". Over the "Spider-Man" feature film thanks to a starving market.

The poison has changed from the villain.

"Poison" is based on Marvel Comics "Lethal Defender" and "Symbiotic Planet". This movie has greatly altered the image settings of the original dock and is no longer seen as a villainous villain image. The fierce side of the character is weakened, but it is ominous and cute. In particular, the interaction between poison and heroine Eddie gave birth to a lot of laughter and captivated the audience. Douban fans are "shameless and stupid": "Poison is the coolest Marvel Superhero movie of the year, and there's no doubt that it does not allow refutation. The image of light poison trembles me without fear of trembling Sexy trembling, huge body, long tongue, fried boyfriend, invincible sister skills … is the perfect boyfriend in space. "

Of the over 40,000 people who rated Watercress as "poison", 63% were praised and 29% of the audience generally thought that only 8% of the audience had a bad review. Marvel's fan Kang Xiaoding believes that this film has made Dok and Eddie more basic and that the combination of two "losers" can resonate with many viewers.