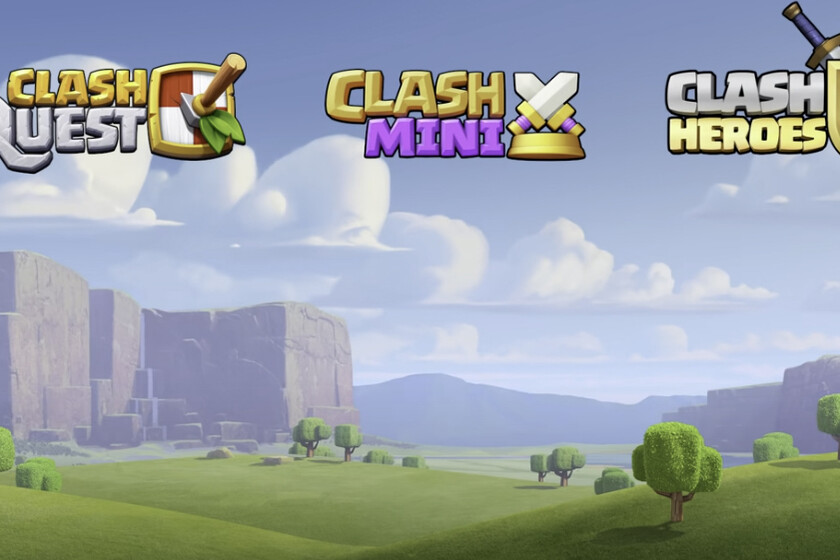 While it has already been surpassed by other titles, both in terms of revenue and downloads, there is no doubt that, since its inception, ‘Clash of Clans’ has been a goldmine for Supercell (now in the hands of Tencent). So much so that the company decided to copy its strategy in successive releases that also eventually became a success, such as ‘Clash Royale’ or ‘Brawl Stars’.

Now Supercell has confirmed its plans to expand that fantasy universe and, to do so, develop three new Clash titles: ‘Clash Quest’, ‘Clash Mini’ and ‘Clash Heroes’, The goal, they explain, is to offer a new experience to current Clash players and attract audiences who have never played it.

Strategy, role and board game

With ‘Clash of Clans’, Supercell bet everything on in-app purchases, and judging by its revenue, it was soon confirmed that its strategy was very successful. Now the developer wants to repeat success with three new creations Aimed at both the current Clash players and those who have not tried it all this time.

“In addition to offering a new Clash experience to current players, we want to extend Clash to new audience who have not tried Clash before “, said Supercell. And for this they have confirmed the development of three new games based on ‘Clash of Clans’:

However, Supercell has made it clear that all of these titles are at a very early stage of development and they are likely to undergo some changes. They do not even rule out that some of them may remain in a simple beta and not become a stable version:

“As with the rest of the games we develop, there is a possibility that these games will not progress if they do not meet the quality standard of our community and our company.”

They also explain that the development teams for ‘Clash of Clans’ and ‘Clash Royale’ are 100% separate from the teams behind those three titles; therefore, “these new Clash games will not affect development or support for existing Supercell games“On the release date of the betas, he did not provide any details, but it is already possible to register on his website to receive a notification when they become available.