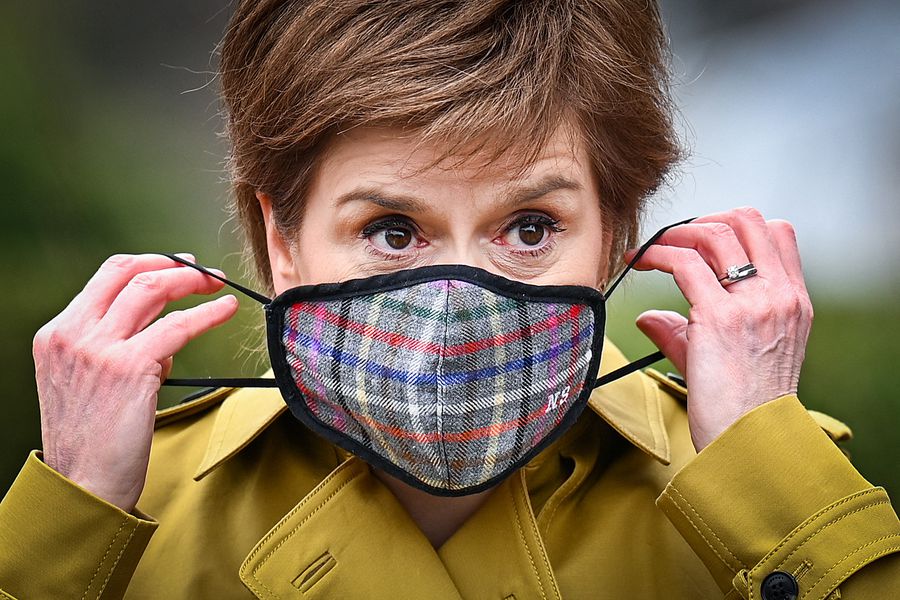 De The Prime Minister of Scotland Nicola Sturgeon, He called today to read an article published by the newspaper of his country The Herald, in which she described the situation regarding Chile regarding the rise in coronavirus infections despite carrying out one of the fastest vaccination campaigns on the planet.

Through its Twitter account, the authority stated that “What is happening now in Chile serves as a warning of what will happen if the restrictions are lifted very quickly and before we have vaccinated a sufficient number of people.”

“Care and caution will return us to normal with more security,” he added.

The Scottish media article compares the situation in Chile with that of Israel – both with high levels of vaccination – and they are cited as examples of how to move forward in the absence of country refinement and what to do and what not to do. to do.

The publication indicates, on the one hand, that by the time Israel began lifting its restrictions on February 6, 40% of its population had already received at least one dose, while 70% of those over 60 had both. By mid-March, when all people over 50 were on both doses and the vast majority of young people between 20 and 39 got at least one, life began to return to normal. However, access to some public places such as gyms and cafes was only allowed for the vaccinated.

As for Chile, The Herald maintains that it ‘was quick to lift the restrictions. “On December 30, they issued holiday permits allowing tourists to complete a negative test (pcr) and a 10-day quarantine (self-guided). “Chileans have meanwhile benefited from cheap flights to Miami and Brazil,” the text said. It is also added that on January 20, when less than 1% of the population had received the first dose, the reopening of cinemas with, for example, declines was announced.

Thus, they point out that although Scotland’s opening strategy is between the two countries, “The catastrophe unfolding in Chile should also serve as a reprimand for those who are pushing for a faster and less cautious exit.”