On the Gray Cup's door, Ottawa pivot Trevor Harris recalls the winding road that brought him there 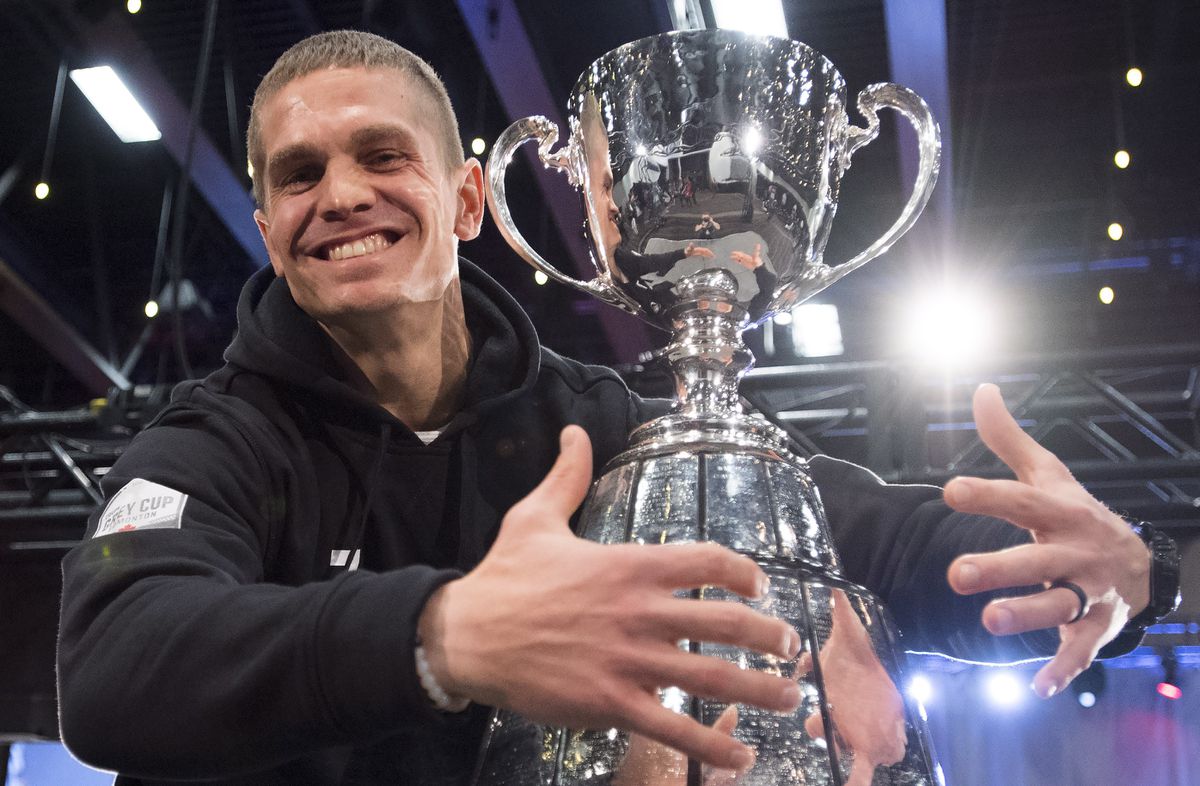 Trevor Harris describes it as being in a washing machine.

His path from a small college in a tiny town in Pennsylvania to start at quarterback for the CFL's Ottawa Redblacks in Sunday's Gray Cup has been anything but delicate.

"It's been very challenging," Harris said Wednesday as he reflected on his career.

"I was thrown around every way, but when I got out of it, I was able to stand up, stand tall and say I can still do this and I still believe in myself."

Harris was a star for the Edinboro University Fighting Scots, a small division 2 school in Edinboro, Pa., 6,500 population.

He set up every passing record at the school while playing from 2006-09 and was a four-time all-PSAC West selection.

Coming out of university, things were looking up. He signed as a free agent with the Jacksonville Jaguars NFL in 2010 and made it to the final round of roster cuts.

That's when the fun started.

Harris has got the story so well rehearsed he can tell it in about a minute.

From Jacksonville it was off to Arizona, and a job playing with the Rattlers in the Arena Football League.

Midway through that season, however, he got picked up by the Hartford Colonials of the United Football League. He went there only to see that team fold nine days into their 2011 campaign, so it was back to Arizona.

A couple of weeks later, he got picked up by the Buffalo Bills, but the NFL was having trouble issues that off-season.

"Because of the rules of the lockout, I could not report by a certain date and 36 hours after the bill signed me, they rescinded my contract," Harris recalled.

Back in Arizona, he finished the season and then got opportunity with the Sacramento Mountain Lions, again in the UFL.

"The season was cut short in week 5 of eight, because they could not pay the players."

He returned to the AFL with the Orlando Predators in 2012.

"We're going to the first game and they release all the players and play with a replacement team because they thought the players were going to strike," he said.

He got the offensive co-ordinator job back in Edinboro and it was tempting, Harris recalled. His brother still had two years left with the school and Harris would have been his coach.

"At that point I was like: 'Man, this deal is just throwing me around every way. There's no stability. "Coaching would have given me that stability," said Harris.

He credits divine intervention for taking one more shot at playing in the CFL.

He signed with the Toronto Argonauts to back up future Ricky Ray Hall of Fame.

He started 16 games for the Argos in 2015 as Ray recovered from injury. Ottawa signed him in 2016 but, again, he fell behind another CFL legend on the depth chart, Henry Burris.

He and Burris split time starting this season as they both battled injury and dealing with benchings. Ottawa made it all the way to the Gray Cup.

It looks like if Harris would be pressed into starting the championship when Burris's knee locked up pregame. But the veteran recovered in time for kickoff and Harris watched from the sidelines as his team won.

"It was something else, that's for sure," he said. "I was an up-and-down, roller-coaster type of day."

Harris enters Sunday's big game as the undisputed starter with 5,116 and 22 touchdowns with 11 interceptions in 17 regular season games.

His six-time touchdowns against Hamilton in the West final last week were a playoff record.

Harris's fellow players credit his poise in the huddle and his smarts on the field as the keys to his success.

"He's got swagger. He's got confidence in himself, "said Receiver Diontae Spencer. "When you have these types of traits as a quarterback, only good things can happen."

Receiver Dominique Rhymes said Harris knows where everyone should be on every play.

"He's like an extra coach out there," Rhymes said.

In fact, coaching is something Harris, 32, sees himself doing when he's doing his playing career. It almost put him in once – he's sure it's where he'll end up.

"I really enjoy the game of football and I really enjoy helping young men," Harris said. "It's something I feel I've been called to do."

But that's down the road for this travelman.

Now, he's looking to win a Gray Cup on Sunday – under this time, not on the sidewalk.